Premium mountain bikes command premium prices, but for good reason.They are lighter, stronger, and are far less likely to fail on the road or trail. Premium mountain bikes are engineered to last for years, and it's always desirable to have a good mechanic on hand for maintenance and repairs. 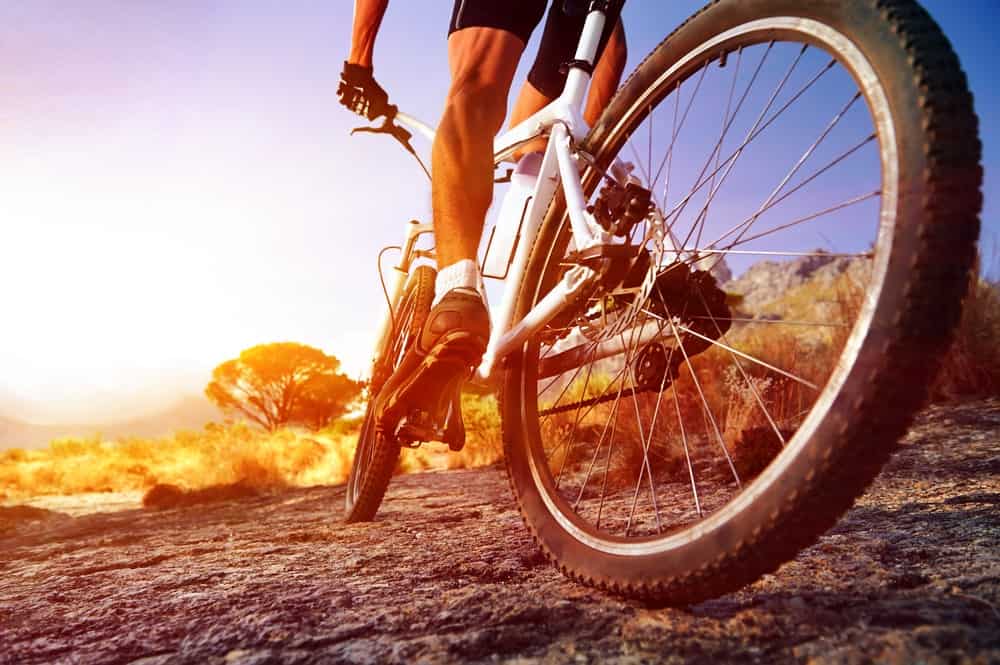 It was a used lime-green 1972 Pinto with 187,000 miles on it. It had a rubber band suspiciously similar to something you would see in a gym for its alternator belt, and duct tape over a hole in the hose leading to the air filter. I replaced its questionable parts and drove it for another 25,000 miles, until it broke down in the middle of Mojave Desert one very warm day in June.

I bought my first premium mountain bike for $1800.

It was a used Yeti Cycle with an indeterminate number of miles on it. I’m now sure how old it was, but it was made before Yeti Cycles was bought out by Schwinn, so before 1995. I bought it in 1996. It was in mint condition.

I have a build like a retired linebacker who doesn’t care about his diet anymore, so it would have been a test of my bike’s construction to pedal it around the block to pick up a loaf of bread, and a dozen doughnuts, and maybe some Coca Cola.

But it performed flawlessly on the trail (my biking buddy always said it was no secret why I could go so fast downhill) until one someone forgot to put the garage door down and I never saw it again.

See also  Can a Mountain Bike be Converted Into a Road Bike? How? 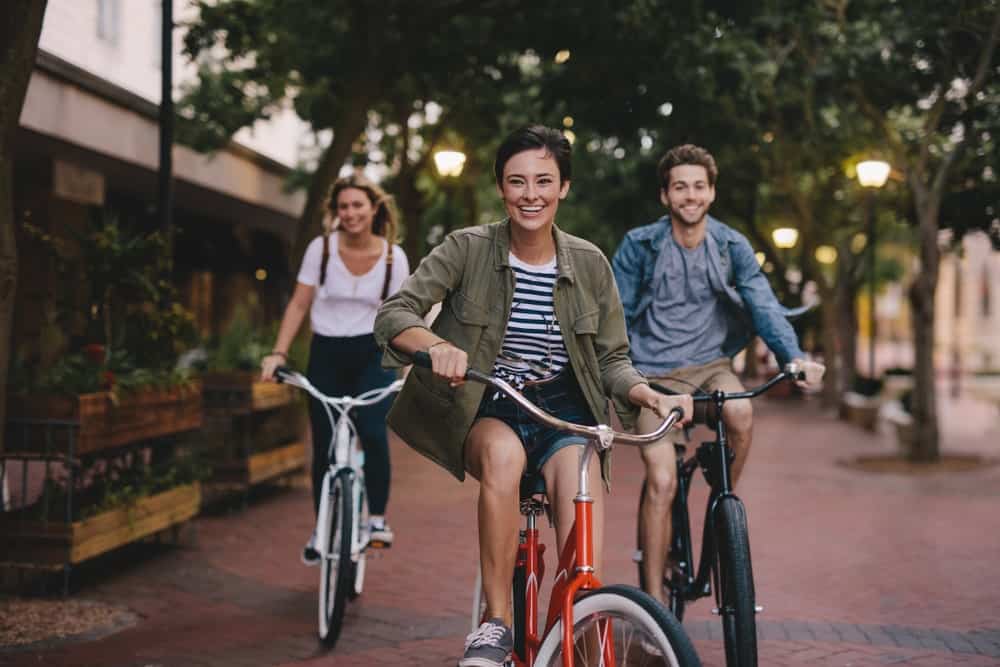 Many people who love bikes don’t see a reason to invest in a premium bicycle. A $2,000 or even $10,000 premium mountain bike seems like a huge investment up front, particularly when it’s possible to find a mass-produced everyday bicycle for $200 or less.

But you ride your $200 bike back and forth to work every day, or you use it for exercise around the park on a trail, and it falls apart in six months or less.

Manufacturing mass-market bikes is all about reducing costs to add a few pennies to profits. Engineers, assemblers, and bike shops all cut costs to keep sales profitable. They count on customers to grab the first bike they see with flashy colors and a cool design at a price that does not strain their budget. There won’t be a bicycle sales associate on the floor to stop them. The customer just wheels the bike over to the register, hassle-free.

The problem is, there’s no way to make a mass-market bike last that is completely hassle-free.

Part of the challenge of maintaining a mass-market bicycle in good condition is that most of them are assembled haphazardly. Bolts are over-torqued so they give after a few months on the road. Forks are put in backwards.

Ball bearings are put in loose, so they need frequent lubrication—but how many owners of $100 bikes even know they need to do this? Especially when bikes are sold online, there isn’t a huge incentive for manufacturers to build bikes that last.

Once mass-market bicycles get into the hands of consumers, there are predictable problems. The frame of a less expensive bicycle probably will hold up pretty well. Since the introduction of TIG and MIG welding techniques (one method fuses two parts, the other forms a metallic “glue” to hold them together), it’s become more common for a cheap bicycle frame to rust out than it is for them to break.

The wheels and brakes and derailleur gears are another matter. Steel wheels tend to get out of true in a few months’ use. Aluminum wheels are lighter and stay in line longer, but it is easily less expensive to replace the entire bike than it is to take a mass-market bike to the bike shop for repairs..

Rim brakes don’t work well with wider tires. Mass-market bicycle owners tend to discover this principle when they need to come to a quick stop on a slick street. This can also be the time they learn the fork of their bike (the part of the bike that connects it to the front wheel) was put in backward.

See also  Hardtail vs Full Suspension: Which MTB is Right for You?

And limit screws that aren’t torqued properly (put in too loose or two tight) can pull, or not pull, against the derailleur’s spring so it is impossible to shift into high or low gear.

Savvy bike owners can go to bicycle repair workshops or experiment on their own to learn enough to keep even inexpensive bicycles on the road. There are many bicycle enthusiasts who enjoy doing repair work, especially rehabbing old bikes for kids whose families can’t afford them.

Does a premium mountain bike really cost as much as a motorcycle?

A Pivot Mach 5.5 Carbon Team XX1 Live Valve Mountain Bike for racing will set you back $11,399.00 plus tax. That’s more than the $5,000 to $10,000 price tag for a beginner motorcycle. But price comparisons between premium mountain bikes and beginner motorcycles are misleading.

Premium mountain bikes are expensive. There’s no doubt about that. Now let’s take a look at what you get for your money.

Experts agree on the features of a premium mountain bike.

For most makers of premium mountain bikes, commitment to quality means doing as much of the assembly in the factory as possible. A maker of a premium mountain bike will torque all the screws and install all the forks to precise specifications they check for themselves.

Sometimes potential customers will have to wait for the mountain bike they want to be in stock because premium mountain bike makers don’t mass-produce bikes and store them in warehouses. They build bikes on a regular schedule to consistent quality standards.

This doesn’t make their bikes any cheaper, but enables them to nail the price point on their bikes. Because premium mountain bike makers do all the work under roof, they know what their costs will be and they don’t have any incentive to take shortcuts on quality.

That doesn’t mean that mass-produced bicycle makers don’t want to make sure their products work as well as possible. But to do that, they have to change bike design.

To keep from making those small mistakes, Bicycle Corporation of America uses thick frame tubing so their bikes don’t break. That frame tubing adds to the weight of the bike. It will last longer but it won’t perform as well, and it’s a no-go for racing.

Premium mountain bikes will tend to be made in the country where they are sold. They won’t be mass-produced, so the company is free to build a better bike. They will cost more and some times of the year customers will have to wait for them, but quality and construction will be consistently higher. 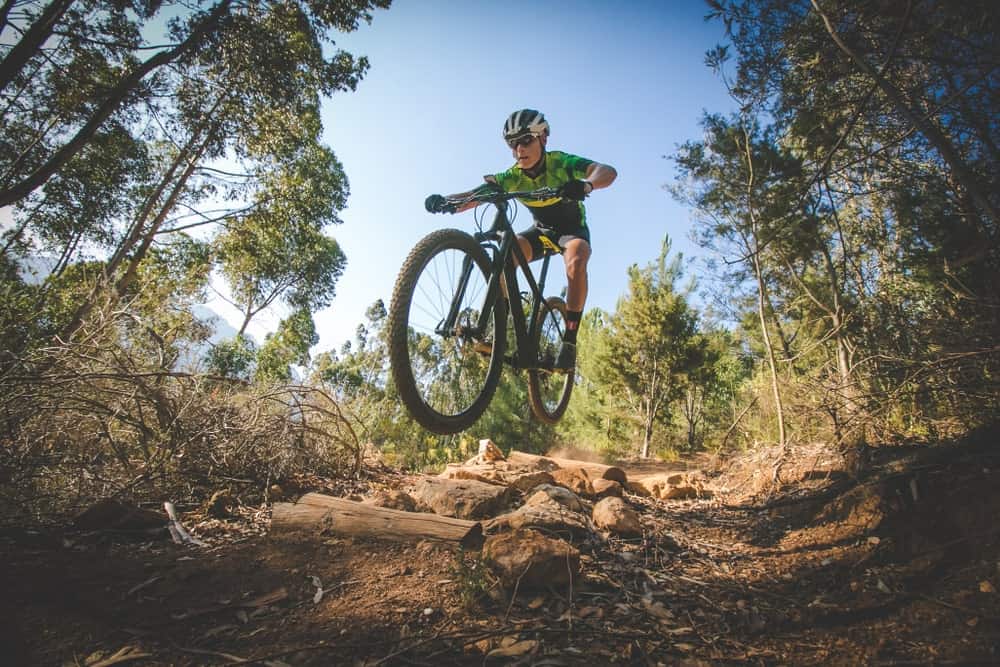 I used to hang out with the lead engineer for a company that made jet fighter wings out of carbon filaments, woven mats of carbon embedded in plastic. Carbon filaments are lighter than aluminum. They’re also stronger. They aren’t less expensive.

My friend’s company’s carbon filament fighter jets currently cost the Air Force about $127 million each. Boeing also uses the technology in its 787 Dreamliner for the bargain price of $189 million. The strength-to-weight ratio of carbon filament wings saves enough fuel that the Air Force and air carriers save money by buying planes that use it.

See also  Can You Charge an Electric Bike with a Solar Panel? If So, How?

Mountain bike buyers want a terrific strength to weight ratio, too. They want the lightest bike possible with the strongest frame. Mountain biking sends shock waves through the entire frame of the bike, so bicycle engineers have to learn where they can shave the weight of the frame while keeping it strong.

Premium mountain bike makers use computer numerical control on their machining tools to take off 5 grams here and 3 grams there to reduce the weight of the bike without increasing the risk of part failure. They could just say “Screw it” and skip these minor adjustments but then your mountain bike would weigh 40 pounds. Cutting and shaping the frame of your bike is the manufacturer’s biggest expense, and the biggest component of the cost of your bike.

But they don’t have to cut carbon filament frames, do they?

Since carbon filament frames are molded rather than machined, you might think they would be less expensive to produce. But spokespeople for Santa Cruz and Yeti assure us they are not.

The more expensive premium mountain bikes have a slicker look than lower-cost bikes in the same product line. Titanium or carbon hardware looks “more premium” than hardware made from aluminum or steel.

Titanium and carbon hardware are also more durable. The manufacturing process is different, too.

Aluminum parts may be made by welding two pieces of metal together. Titanium and carbon filament parts are a single piece machined or molded to the exact dimensions needed for maximum performance. There are no welds that can fail, and the resulting part is lighter. 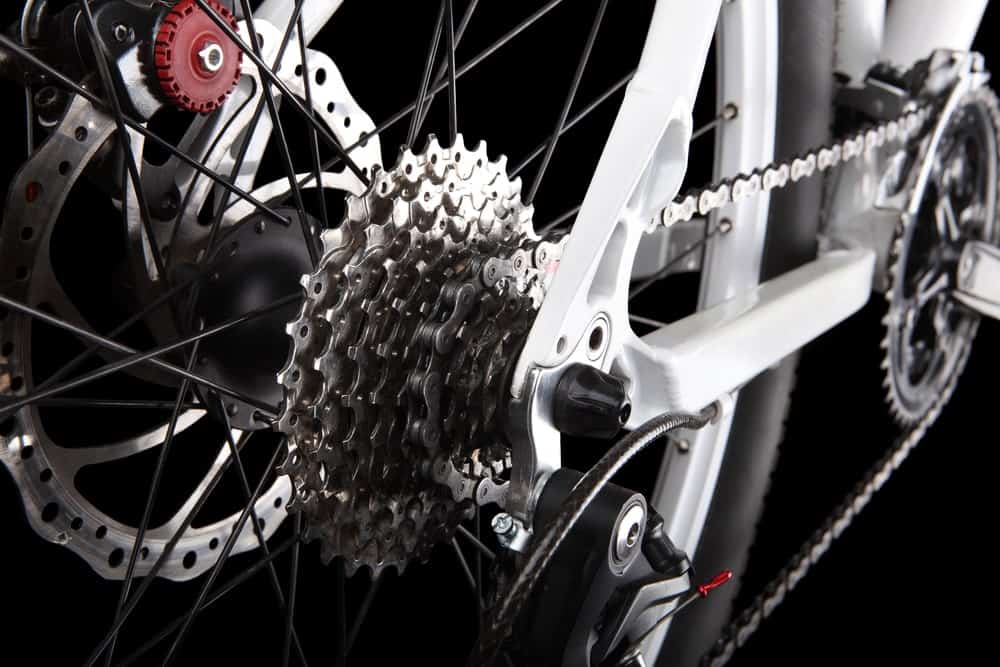 Evolution is expensive, too.

Japanese premium mountain bike maker Shimano reported that a single change in a derailleur cost its engineering department $10,000—for each of the bikes, it manufactured in one of its product lines. Shimano didn’t raise the suggested retail price for its premium race bike for mountain biking from $2,999 to $12,999. It absorbed this cost to build its brand.

Usually, producers of mass-produced bikes double the cost of materials and overhead before they sell them to retail chains, and retailers double the price of bikes when they put them on the sales floor. The profit margins for premium mountain bikes are much thinner, sometimes just 5 to 10 percent. 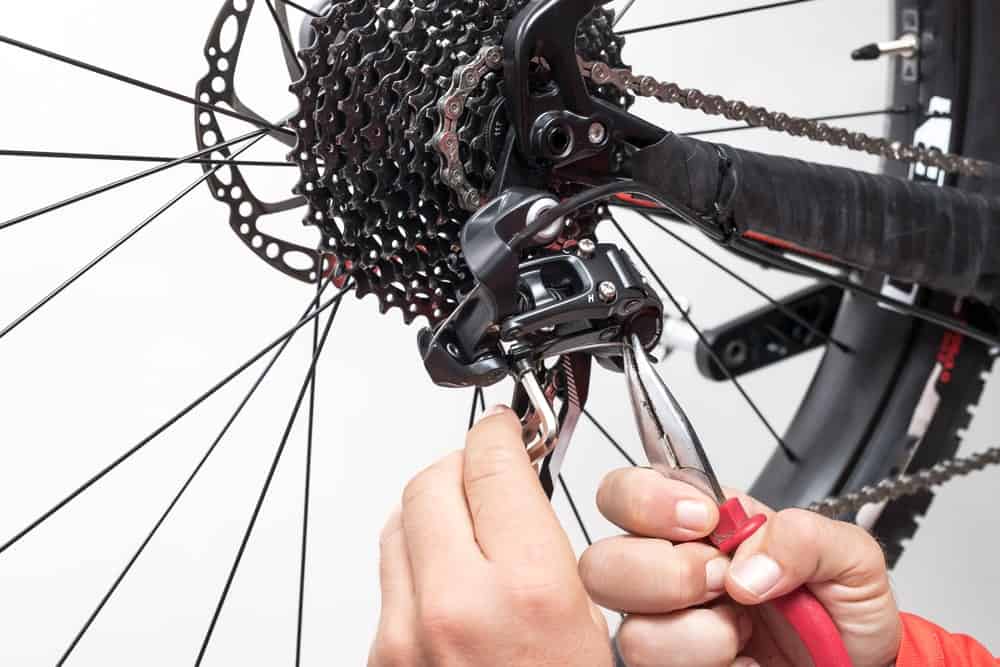 Your premium mountain bike retailer is counting on you to come into their shop for your ongoing maintenance and repairs. They would like for you to buy the most expensive premium mountain bike possible. Top of the line sales pay for the technology that is eventually available for everyone. But buying a premium mountain bike from a retailer you trust with a reliable repair shop is a great way to enjoy years and years of mountain biking, at not much greater cost than replacing a mass-produced bike every few months.

See also  What are the 14 Different Bicycle Options and Styles? (The Ultimate Guide)