Electric bikes assist cyclists when they are tired of pedaling this article discusses if pedaling an e-bike charges their battery and how to properly conserve them. 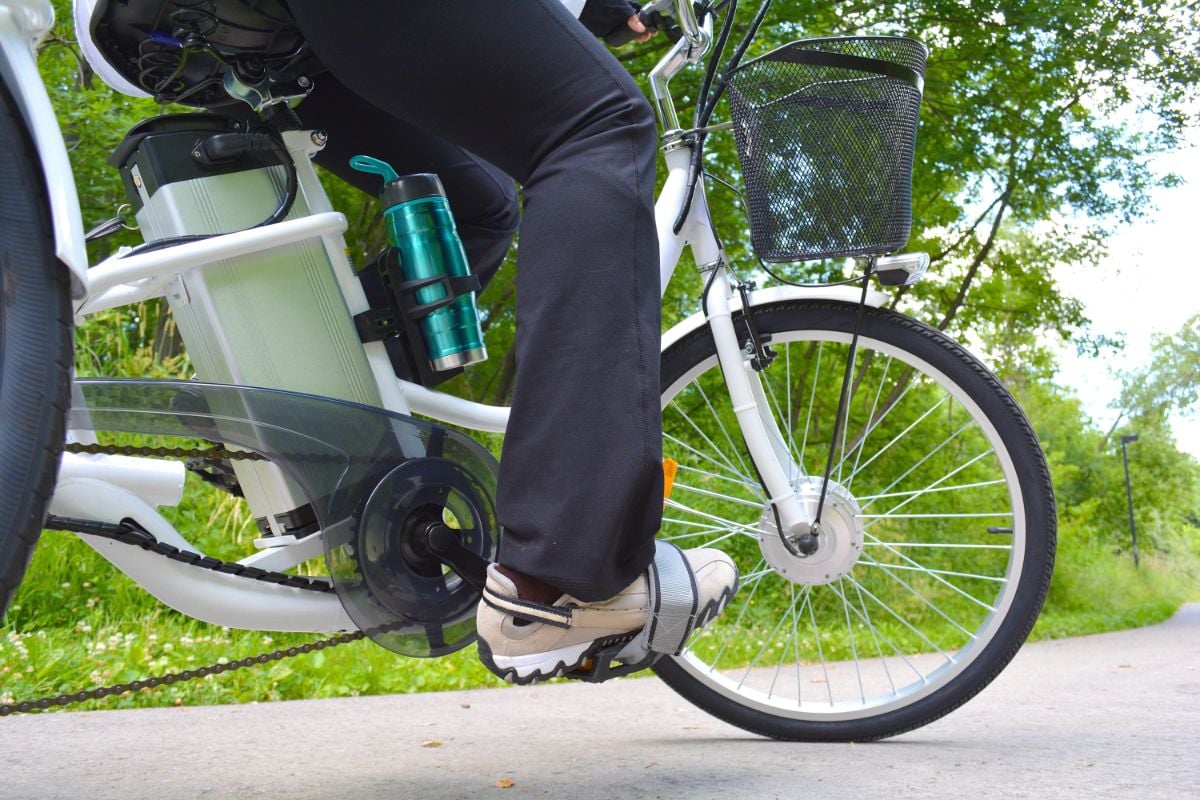 Before cars and trucks went electric, bicycles went electric and gave them the idea. This means that bicycle manufacturers have had much longer to diversify their designs, so some of these bikes you can charge while pedaling.

Some electric bikes charge while you pedal them, but very few. Those that add to the battery life while in use do so by regenerative braking, not regenerative pedaling. 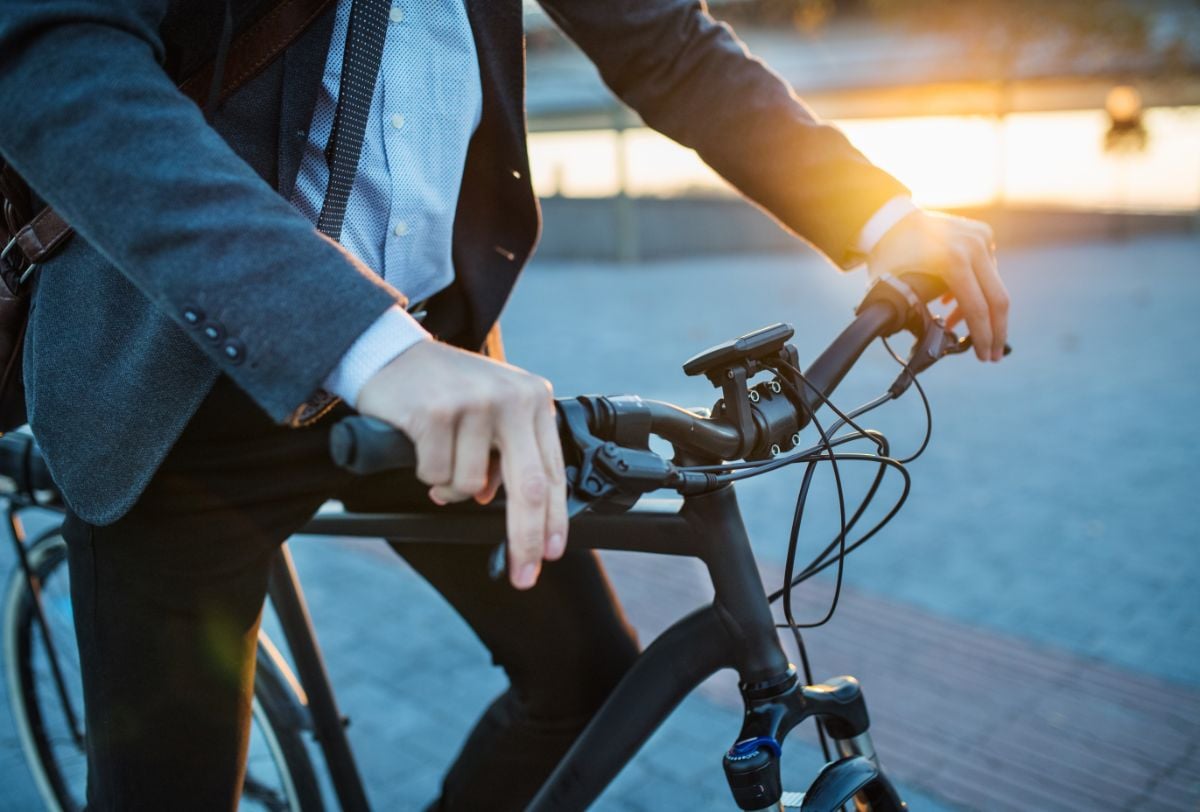 I looked at the option of using an electric bike when I lived in a rural area, because driving used too much gas and gas costs more in the rural US. In the city, though, it proves much cheaper.

Although I own a traditional mountain bike outfitted with all-terrain hybrid tires, I wanted something that made long distances easier. An electric bike that could reach up to 15 mph without pedaling seemed a logical choice since it would allow me to zip around town and I could secure a basket to it for grocery hauling.

In larger cities, especially outside of the US, these bikes provide popular as an efficient way to commute to work and run errands. I’d seen photos of folks zipping around China and Japan on these bikes and thought it would make a great alternative. Alas, I lived in the mountains then, and the electric bikes work much better in paved, city conditions. They weren’t designed for off-roading or dirt roads.

I did end up reading a lot about these bikes in the process of coming to my decision though. Here’s what I learned about electric bikes and how they charge.

Charging one of these batteries for the first time requires about eight hours. Thereafter, re-charging the battery fully requires six to eight hours.

Charging as You Ride

A few manufacturers make electric bikes that you can charge while you ride by pedaling. Typically, though, the industry doesn’t use this regenerative pedaling design as it provides the least efficient charging method. So, while you can locate bikes that charge this way, most do not.

More commonly, manufacturers that make bikes that charge while in motion use a method known as regenerative braking. Some electric cars also use this method. It doesn’t allow the battery to fully recharge; it merely extends the life of the battery after a full charge.

Regenerative braking uses the time that the bike stops with the brake engaged, whether for a red light, stop sign, etc. to re-charge the battery somewhat. Although this may equal a few tenths of a percent of the charge, since most people use these bikes in an urban environment, they need to frequently brake. That means that those ten stoplights a person dreads during their morning commute can actually add to the battery life. 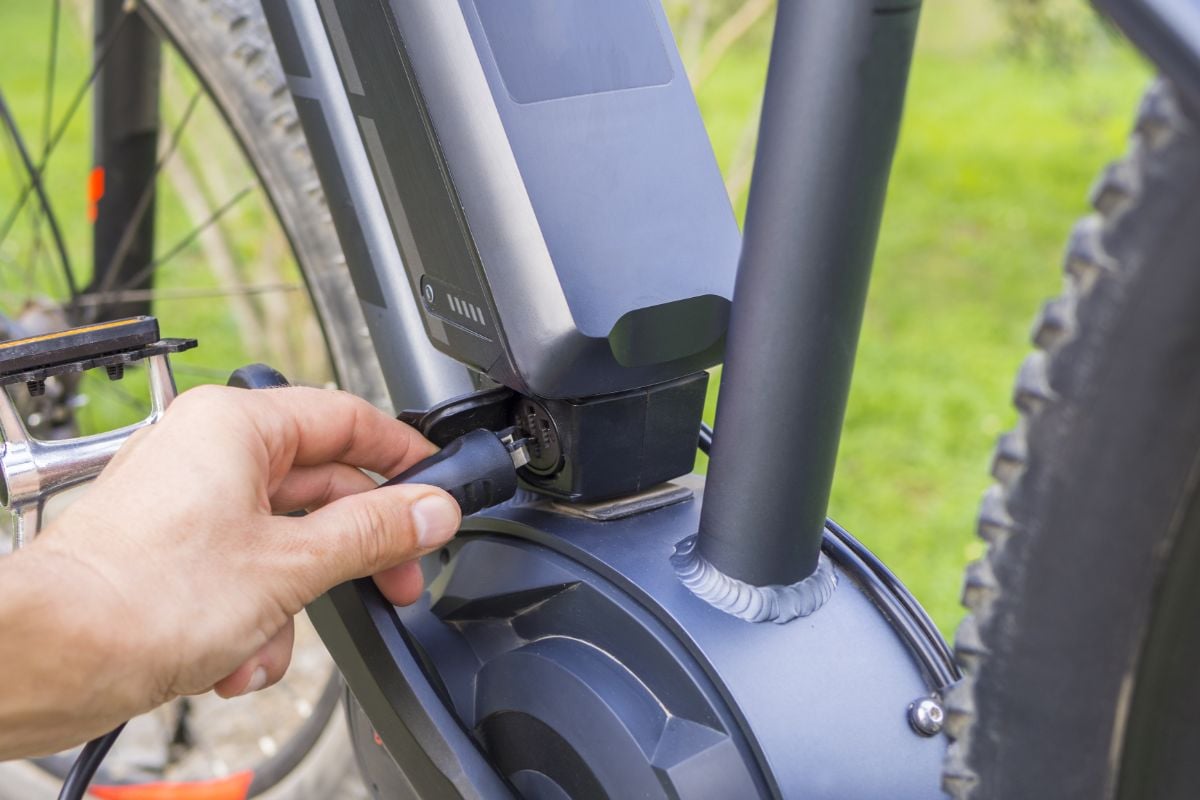 In my research, I learned many other ways of maximizing the battery power on an electric bike. Since I wanted the electric bike to reduce how sweaty and icky I became when I had to travel into town by hiking – seven miles – the full electric mode appealed to me.

When the power assistance increases, it uses the motor more. So, pedaling more and setting the assistance at lower extends the bike’s range and helps the battery last longer.

Some electric or e-bikes use a throttle assist. When the cyclist uses the throttle, it also uses the battery’s power. Limiting the use of the throttle helps preserve battery power.

The battery on an electric bike lasts longer when traveling at reduced speeds of travel. Going at top speed – 15 mph – reduces the battery quickly. The battery must power the motor and speed requires energy. 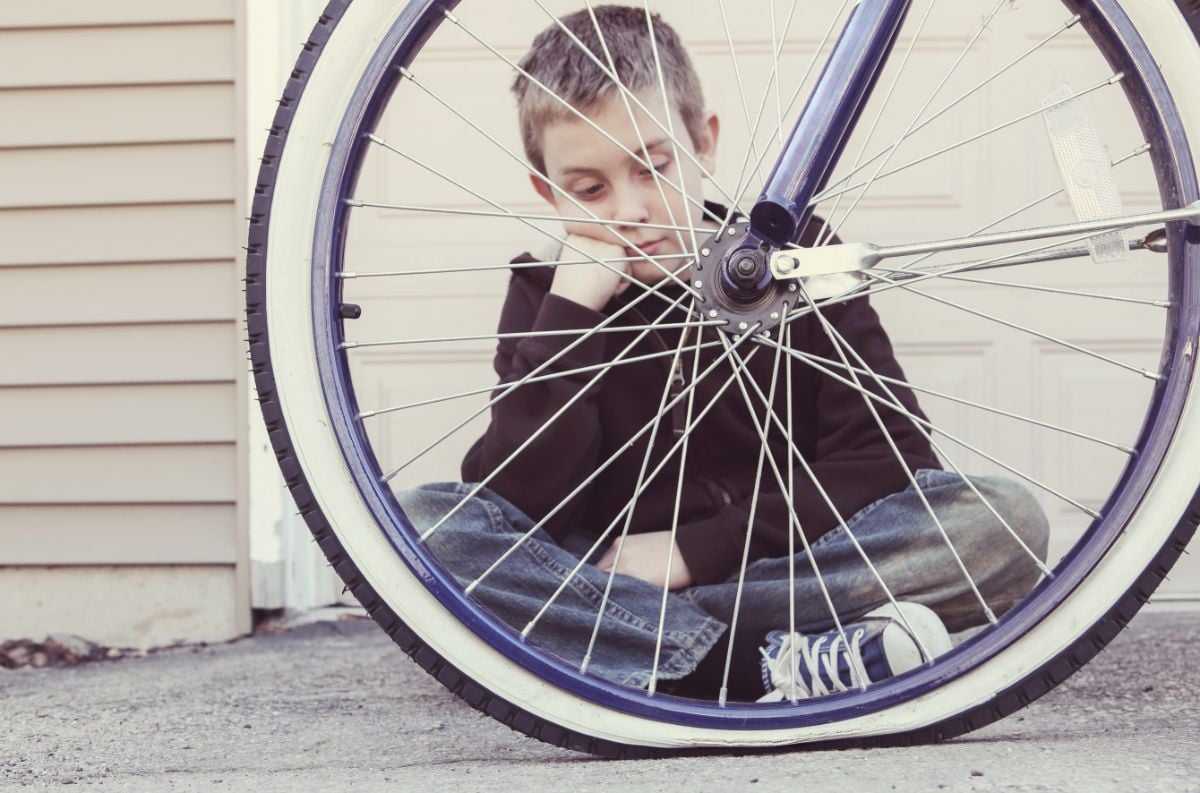 Not all bikes come with the ideal tires. Some require adjustments, such as thinner tires or smoother tires. The cyclist must consistently check the tire pressure, too, before each ride, just as on a non-motorized bicycle or an automobile. These changes reduce the amount of drag caused by motion. Reducing drag reduces the amount of work it takes to keep the bike in motion. By reducing drag, the cycle motor doesn’t have to work as hard either.

If a battery overheats, it loses charge. It can also dissipate the amount of charge it can hold over time. That means when it gets re-charged, it won’t hold a 100 percent charge anymore. It will charge, perhaps, 95 percent, but show a full charge.

Electric car batteries experience this attrition, too. That’s why businesses like Tesla invested in research to create a “million-mile battery.” The drivers of those cars want to travel further on a single charge, and they want the battery to continually charge completely to 100 percent – the 100 percent it began with when the vehicle came off of the manufacturing line.

One way to make the battery last involves making pitstops along the journey. If the bike stops and turns off, it saves the battery. When the battery gets a cooling period, it helps the electronic motor inside it save power. It also helps the battery itself to not overheat.

Ensuring the Brakes Don’t Rub on the Wheels

See also  Can A Regular Bike Be Converted into An Electric Bike? If So, How?

Reducing Weight on the Bike

Another way to reduce drag is to reduce the amount of weight on the bike. That means hauling less in the attached carrier. Buying fewer groceries doesn’t seem appealing, so making the battery last for an entire grocery store trip means carrying nothing with you except yourself, so your battery can make it through the return trip.

How to Maximize the Range of Your Electric Bike 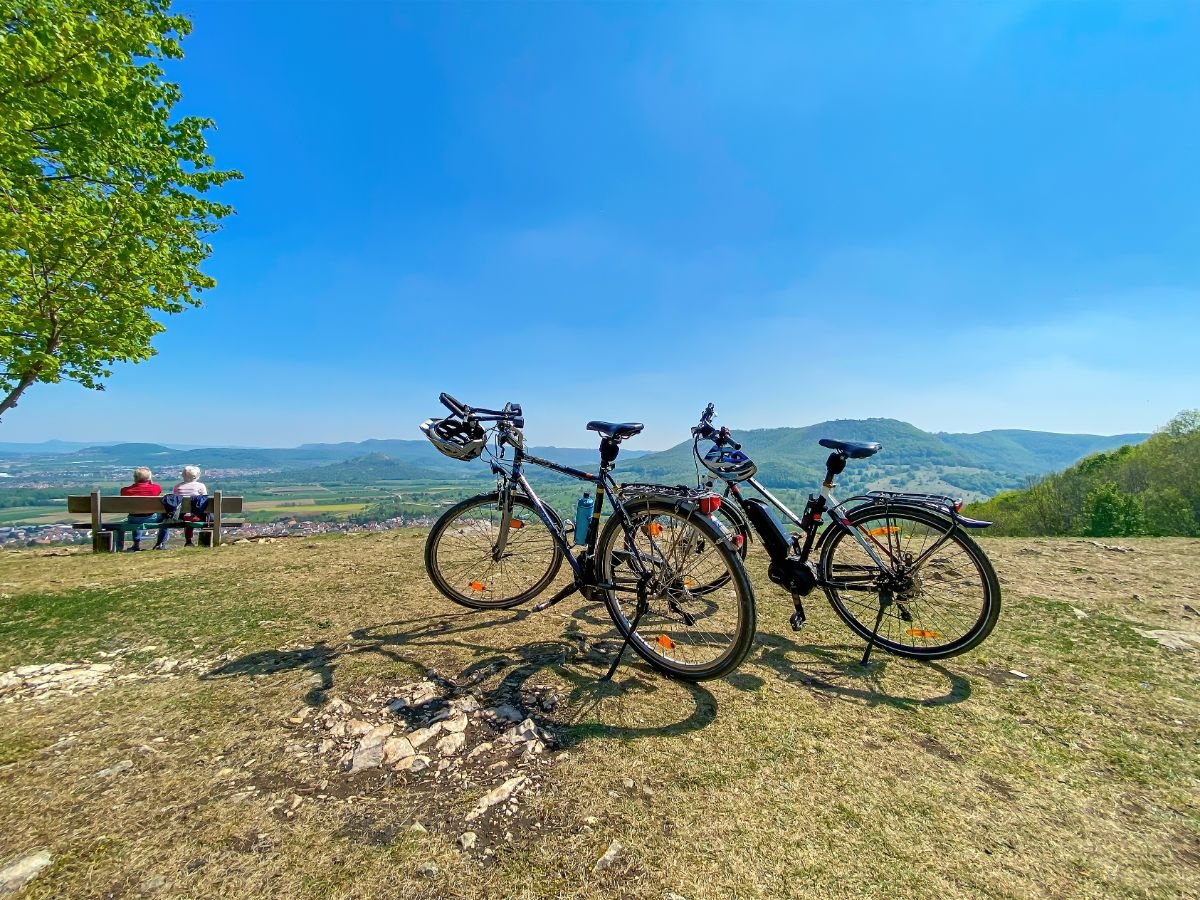 Choose an electric bike that uses regenerative braking. Use it on low power and pedal frequently. The more work put into human-powering the bike, the less power the battery uses.

Compare the batteries before purchase. Most bikes use a lithium battery. Choose the highest capacity battery possible. This enables you to charge it so you can get the most out of each trip.

Use it on the lowest power possible. This lets you maximize the distance you can travel on it.

When taking a longer trip, plan pit stops, so the battery can cool off. This helps it last longer.

Electric bikes work best for low-weight activities, and most aren’t designed to carry more than 250 to 300 pounds. Some don’t even have that capacity. You can’t tow anything with one nor can you load it up with lots of bags and groceries.

They work great for short trips that require you to carry little with you. These bikes cost little to charge and provide a useful tool for commuting.