Electric bikes are known for their power and for giving aid to cyclists. This article discusses the strength of electric bikes when going uphill. 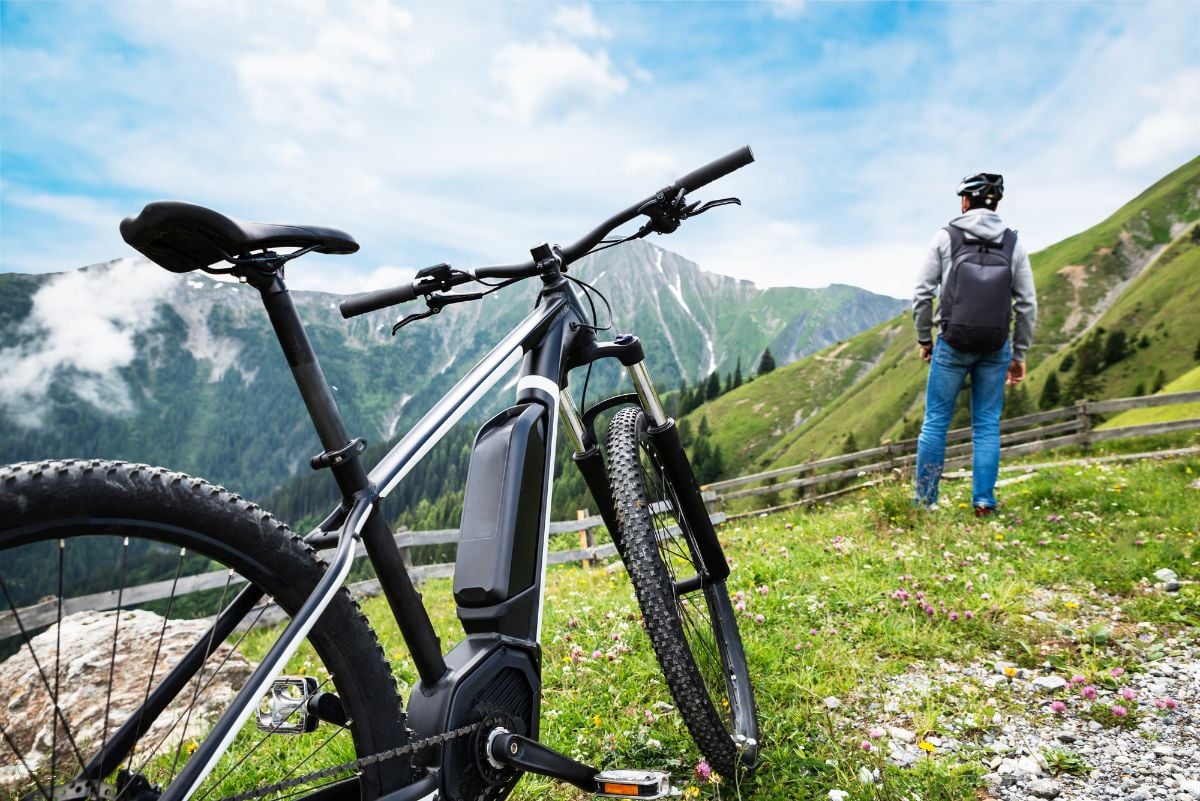 Electric bikes are more than capable of climbing up a hill. How well the bike performs depends on the size of the motor, and how steep the hill is. The average electric bike can go as fast as 20mph, which provides more than enough power to assist you up a hill. 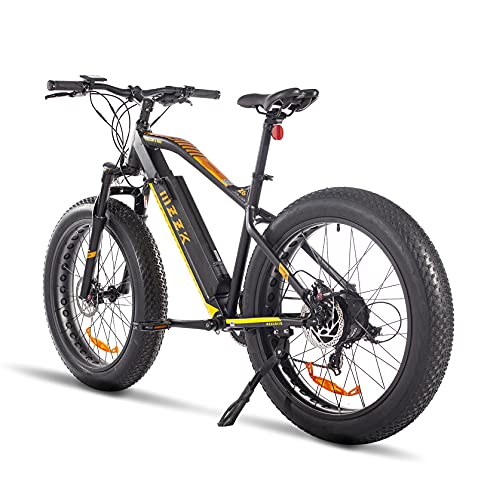 These bikes are a great option for pretty much anyone, but if you live in the city, this bike is perfect for you. Not only does the electric motor make the riding experience that much better, but it also saves you money.

Environmentalists will also give you a big high five for your initiative of using a more environmentally friendly mode of transportation. 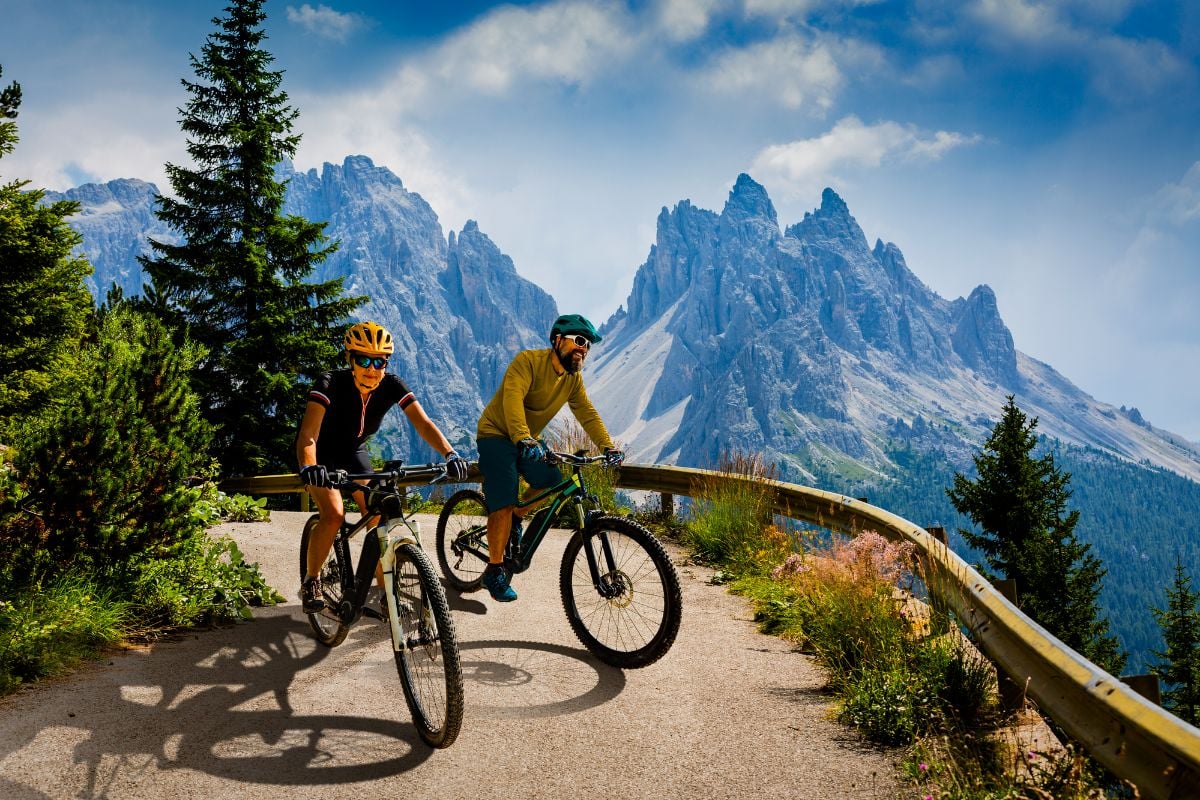 They are very efficient going uphill. Two strengths of an electric bike are going uphill and going through a headwind. The electric motor means your legs do less work and the motor is more or less your best friend in this situation. So, yes, electric bikes are champs going uphill.

See also  Do You Need Gloves for Mountain Biking?

Today we will take an in-depth look at what exactly an electric bike is, how good it is, and some of the pros and cons.

What is an Electric Bike?

An eclectic bike is a normal bicycle with an electric motor to help with pedaling. While you still have to pedal to get the bike to move, it requires less effort. Electric bikes provide many benefits compared to ordinary bicycles, but that doesn’t mean it is without their drawbacks, as we will find out later on.

How Exactly Do Electric Bikes Work?

As mentioned earlier, an electric bike is just a normal bike with the assistance of a motor, but that doesn’t answer the question of how they work. The motor is usually placed at the bottom of the bracket.

It generates torque/energy when you use the pedals while requiring less effort to go the same distance as a normal bike. This also makes it easier to go up a hill or battle through strong headwinds. 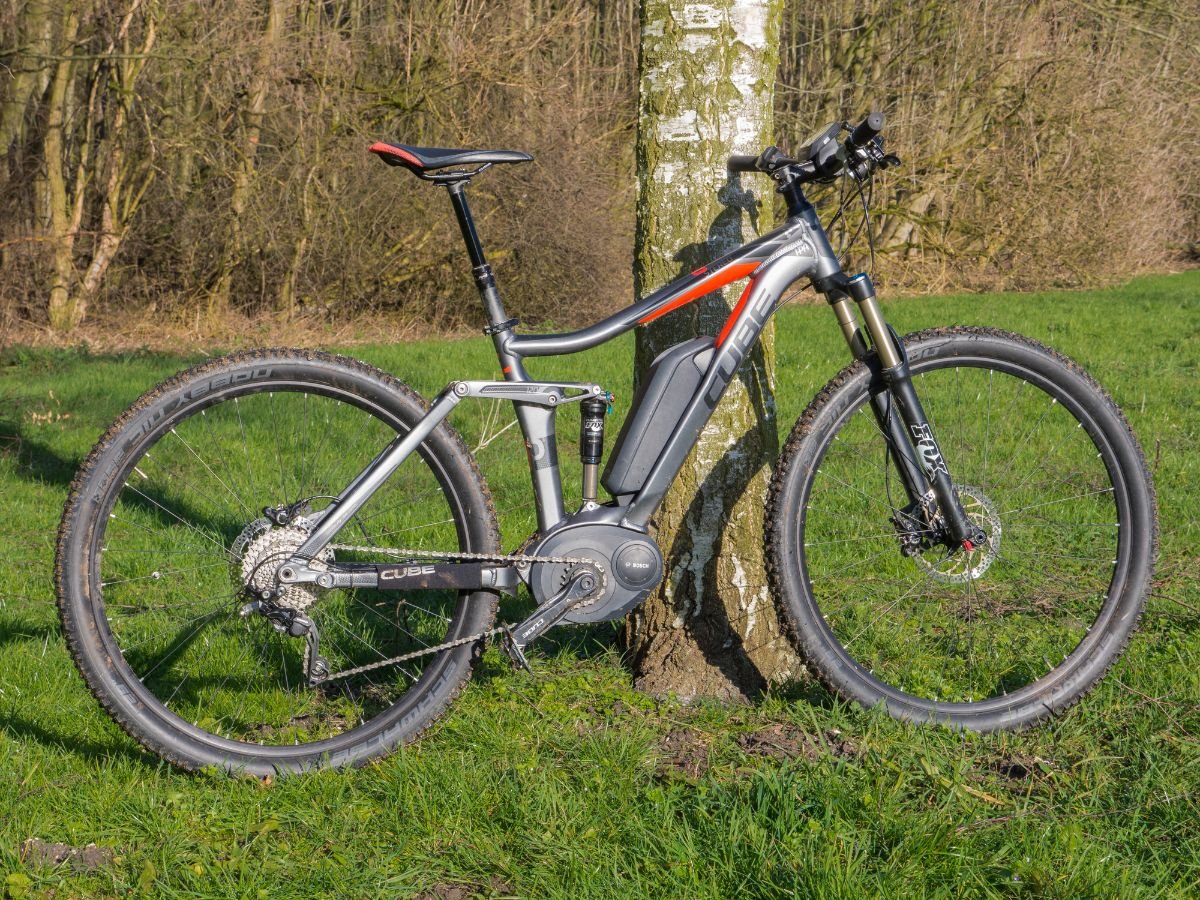 Most people don’t want to feel like they’re crawling up a hill at a snail’s pace while they’re climbing steep inclines. Going up steep slopes, you can achieve speeds of 18 to 25 mph on average with little exertion.

Even while most individuals should be able to comfortably travel at this speed, others prefer to go a little faster. That’s perfectly OK. To get the most out of an electric bike, you’ll need to spend a lot of money and learn how to change the motor.

If you want to go faster than 20-25mph, you’ll need to modify your e-bike. A normal person who wants to ride their electric bike about town for leisurely commuting.

As an alternative, if you plan to ride your e-bike from your home to work and return, you’ll be good. When shopping for a new e-bike, be careful to consider how long it will take to charge the bike.

Do not purchase an e-bike with a range of only 20 miles if you have to commute 60 miles to work every day. You may not be able to get your hands on the item you want. It’s critical to pay attention to the smallest of details to avoid larger issues in the future.

Pros and Cons of an Electric Bike

Electric bikes have many benefits, but they also have their disadvantages. We will evaluate both as we continue. 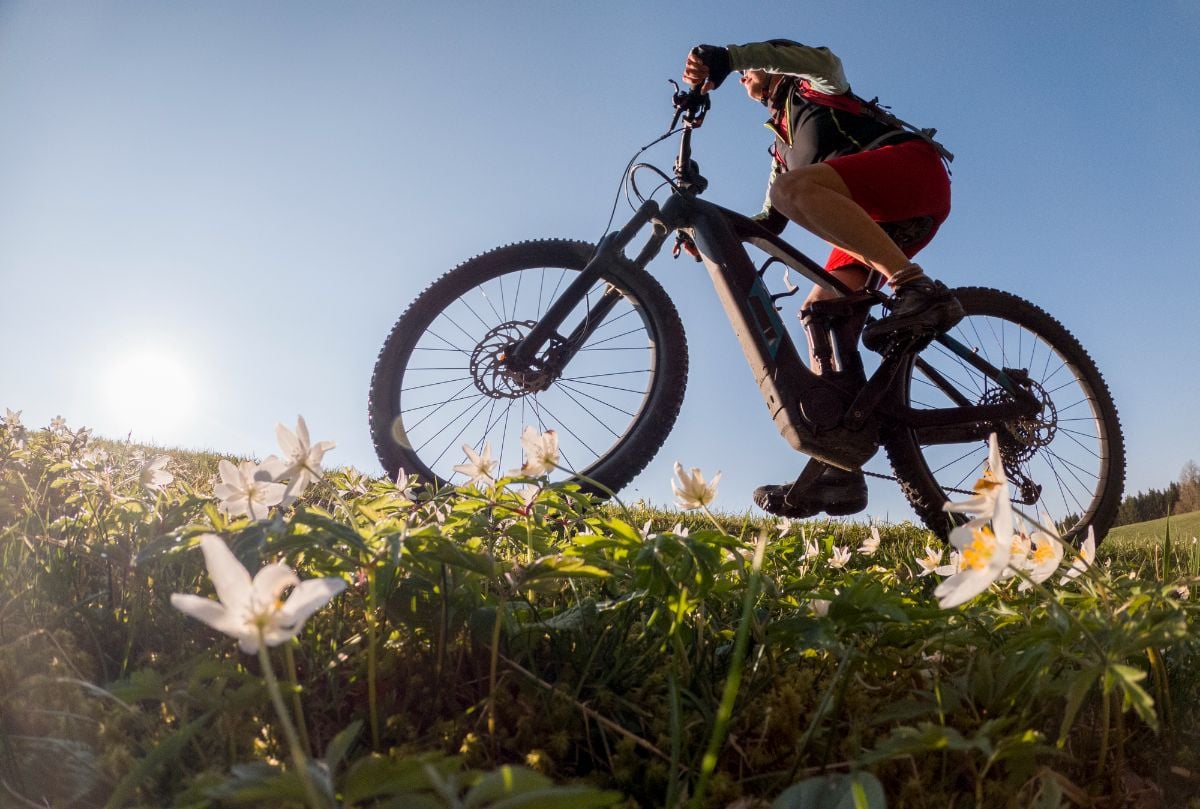 Electric bikes are a great option for almost anyone, especially if you live in a city where it gets congested. Living in a city means a lot of stop-and-go traffic and an electric bike can get you from point A to B quicker than a car sometimes.

When you stop on a traditional bike, your full energy is required to get the bike moving again, but the motor of an electric bike assists you with that. As soon as you move the pedals, the motor instantly assists you, which makes life that much easier.

Compared to public transportation, rideshare services, and cars, electric bikes are a much cheaper option. Cars require gas and constant maintenance even if you’re traveling 3 miles to get some coffee. Your bike also doesn’t require a monthly insurance payment.

These bikes are great for short trips to run errands, going to work, or even school. They produce zero emissions, which the environment will gladly thank you for. They also limit the need for transportation such as your car which not only lowers emissions from your exhaust but also lessens noise pollution.

While these bikes are fantastic options, they tend to be more expensive than traditional bikes. They also require more maintenance since they have more parts, such as the battery and the motor. Whether this extra cost is worth it or not is up to the customer.

This could be either a pro or a con, depending on the view of a customer. Electric bikes have batteries, and as you know, batteries die, so this means you have to charge them after every use. However, the electric bike still operates as a normal bike even if the battery dies, it just has some additional weight.

What is the Range of An Electric Bike? 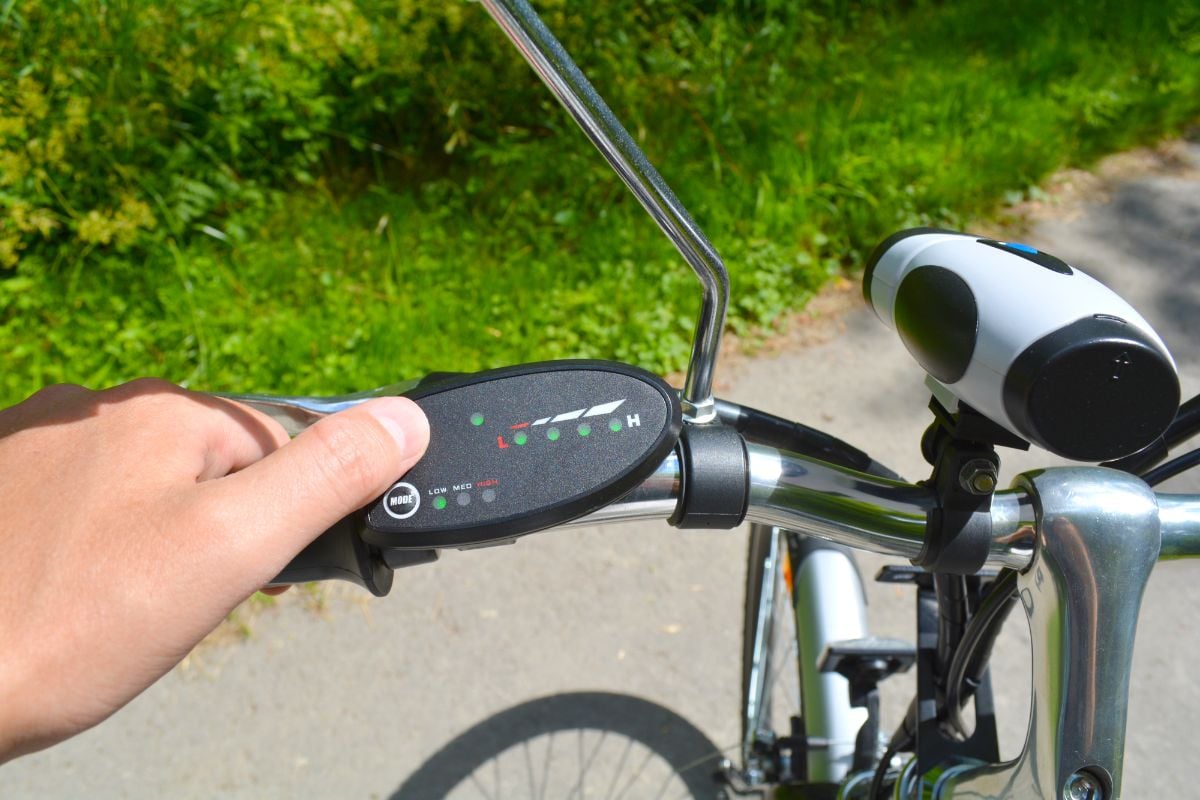 The range of an electric bike depends on the size of the battery you decide to get. Battery sizes are measured in watt-hours and the higher the power output, you can expect more range, heavier, and the bike to be more expensive as well. The power of bikes usually goes anywhere from 200 to 750 watts.

This means you can expect a range between 20 and 100 miles, which should be more than enough to get you around for your daily commute. An additional factor to consider is the weight of the rider as well as the surface you’re traveling on.

How to Operate an Electric Bike

You may think you need some sort of training to operate an electric bike, but that couldn’t be further from the truth. Using an electric bike is very similar to riding a more traditional bike.

The difference here is, that you turn on the motor before you start your ride and select how much assistance you want it to provide.

After this, you start pedaling and everything will feel familiar. However, electric bikes tend to be a little heavier and not as maneuverable as traditional bikes, but the difference isn’t very drastic.

Are Electric Bikes Hood for Working Out?

Generally speaking, an electric bike isn’t as great for working out as a bicycle because you have the assistance of a motor.

This means you don’t put in as much effort to go the same distances. While you could simply turn off the motors and use them as a bicycle, this would make your purchase not as meaningful.

See also  How to Choose a Bicycle Helmet (Types & Options)

Many would argue that you could use it as a hybrid system, and that would make for a very good counter-argument. As you can see, the use of an electric bike is solely dependent on the needs of the consumer and their goals.

The Popularity of Electric Bikes 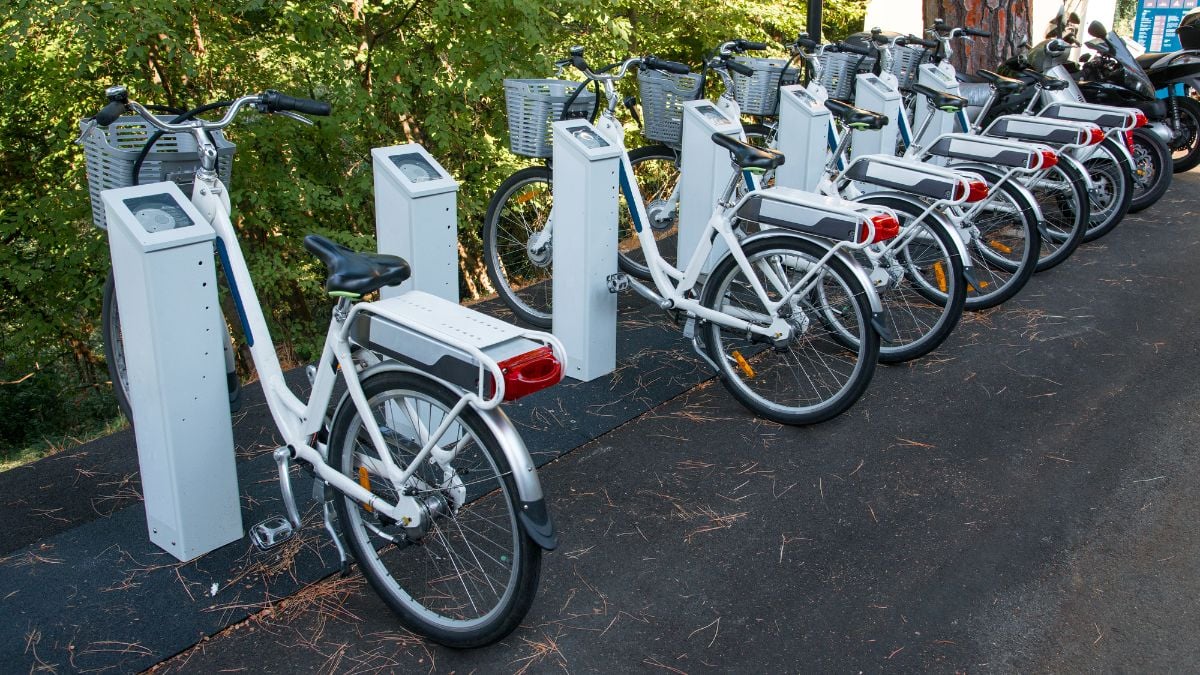 Electric bikes are a relatively new technology. It wasn’t invented until the 1990s by Michael Kutter. They were created to give riders a more relaxing experience while riding a bike without having to sweat as much or use as much energy for everyday commutes.

The goal is for them to be inexpensive, lightweight, and accessible. Electronic bikes are a step up from the ordinary bicycle, while still managing to be great for the environment.

Many would say they have succeeded in their mission. Today, companies such as Uber and Lyft offer electric bike rentals, which makes it that much easier to travel around cities.