Electric bikes are designed to have their battery and motor, and this article discusses their functions to propel forward even without pedaling. 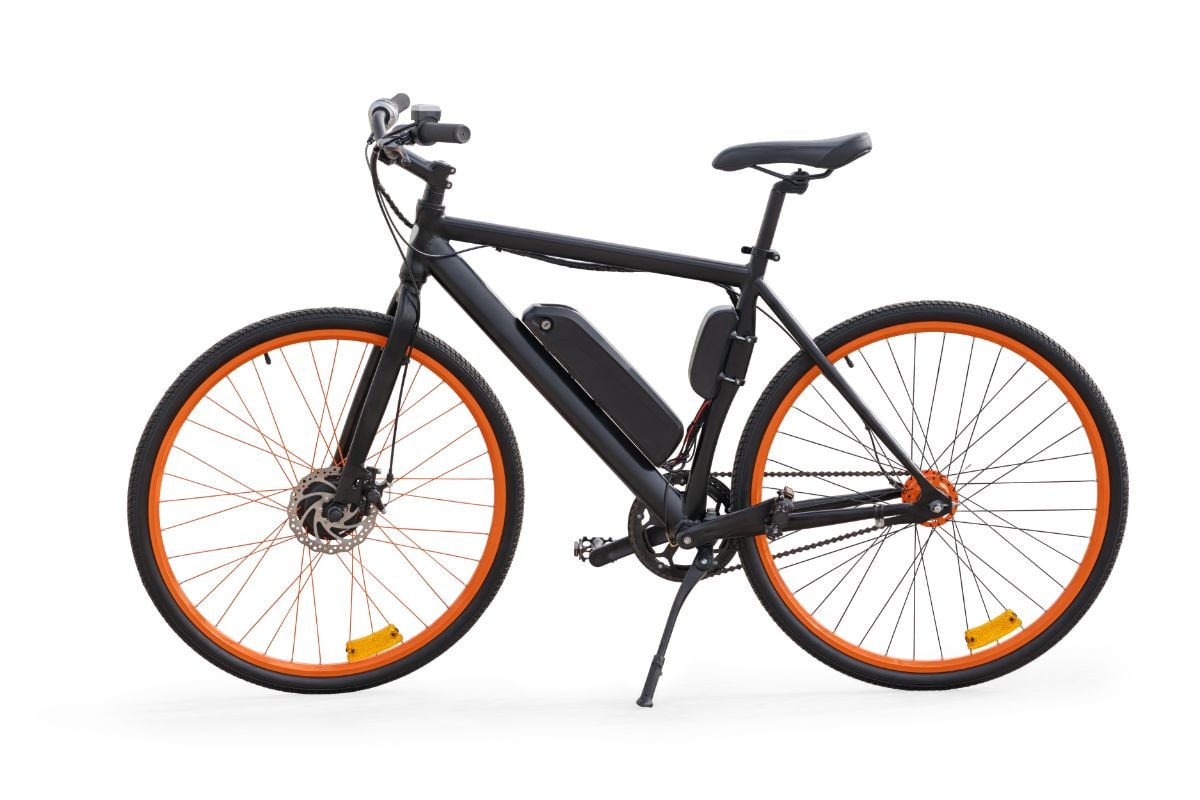 All electric bikes have two things in common, the motor and battery. But, from there, things get different as far as how they propel your bike due to motor placement.

An electric bike can have its motor in one of three places. How it is set up affects whether one can propel the bicycle or if it is there exclusively to assist you with pedaling your bike.

Some bikes have the power to propel themselves forward without any input from you. However, other electric bikes will not because they are not designed. Instead, their purpose is to assist you, thereby taking some of the work from your ride. 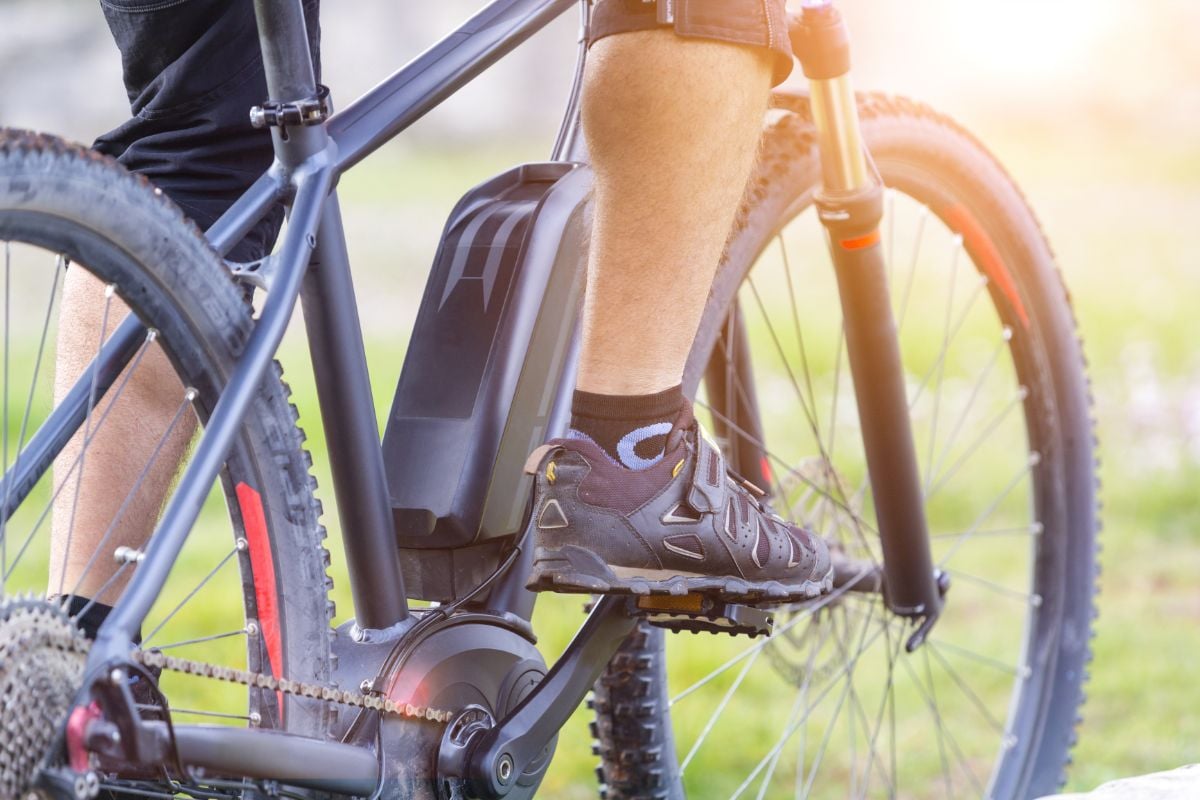 Electric bicycles work in two different ways to assist you with pedaling. Some bikes use one method, one the other, and the best bikes use both.

Electric bikes have sensors that can detect when you need extra power. When you do, they kick their power output up a notch to help you propel yourself forward with less exertion. Higher-level bikes will often have a throttle or speed selector on the handlebars.

The power selector will allow you to increase the pedal effort up to 400 percent on some models of electric bikes.

The added assistance of the electric motor takes the work out of some of your cycling. However, the energy loss from the turns of speed will drain the battery more quickly.

There are three classes of electric bikes, and knowing them can help you decide which one is right for you.

Class 1 electric bikes have a motor with a maximum output of 750 watts to assist you with pedaling up to 20 miles per hour.

Class 3 electric bikes may also have a motor up to 750 watts but can assist you up to 28 miles per hour. Both these and class one bicycles are legal in all fifty states. However, check with your city to be sure your bike is legal.

The motor on electric bikes can be mounted in one of three places. As they have evolved from a dc motor and a chain with a battery strapped to the bike rack, today’s electric bikes use innovative electric motors and batteries. The benefit to you is affordable transportation.

The pedal assists on all-electric bicycles are capped at 20 miles per hour. Once you exceed this speed, it disconnects, and you are on your own.

See also  How to Properly Apply Oil to Bicycle Chains

Electric bike with a front-mounted motor

Many early electric bikes had the motor mounted to the front wheel hub. However, as the technology driving the trend has evolved, the motors have found their way to the rear hub, low on the frame, and directly connected to the front sprocket.

Electric bike with a rear-mounted motor

Most mid-priced new electric-powered bicycles have the motor mounted in the rear hub. Although this works better than being mounted on the front hub, for several reasons, it is still not optimal and adds weight to the rear of the bicycle.

The problem with mounting an electric motor to the front or rear hub of a bicycle makes changing a tire a challenge. In addition, the extra hardware required to operate your electric bike is heavier and a bit more complicated than bikes without a motor.

The best electric-powered bikes mount the motor low on the frame and connect it to the front sprocket. This placement offers the benefit of optimum weight distribution. In addition, it leaves the wheels as they usually are, which makes changing tires and chains much more accessible.

Higher-end bikes tend to have pedal assist and a feature that will pedal your bike with no input from you. Although being able to cruise along without pedaling is nice, it will drain your battery quicker than using pedal-assist alone. 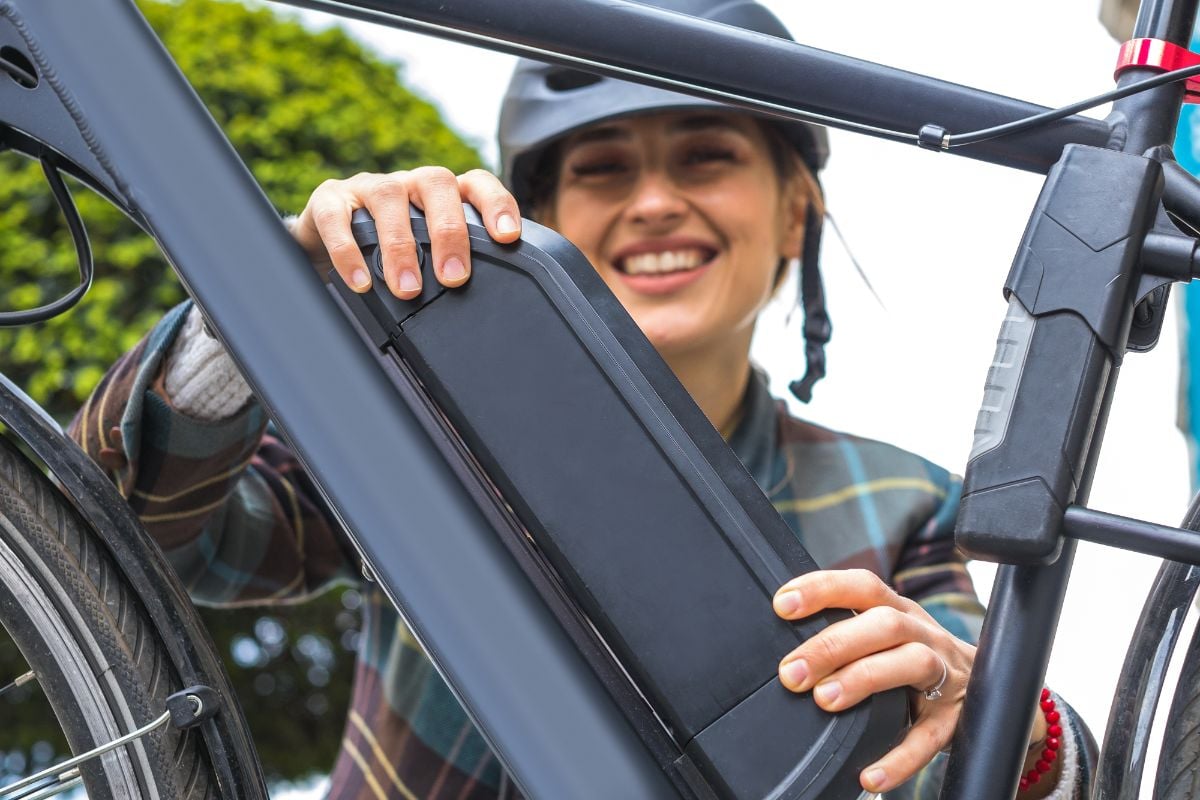 However, there is now an all-wheel-drive electric bike with motors driving both wheels. It is designed for off-road use and has a top speed of over 30 miles per hour.

See also  Are Puffer Jackets Good for Mountain Biking in the Cold?

For some reason, it is capable of speeds of more than 20 miles per hour could be because these bikes are designed for the trail.

Like an electric bicycle motor, the battery, some designers integrate the battery design into the frame. In contrast, others have battery packs slung under the rear rack.

Locking batteries are designed for easy removal with a key for charging and security. So an electric bike without a battery is not a very juicy target for theft.

An electric-powered bicycle is much heavier than a non-powered bicycle. Pedaling 50 pounds is much more complicated than pedaling 25 pounds, the average weight of a 20-speed commuter bicycle.

A bike without its battery is also hard for a thief to sell. So, a removable battery is a feature you should consider if you park your bike in public areas.

Electric bicycle motors have three key indicators that measure their potential performance. Power for your bike comes from the battery, and the following parameters are factors in the bike’s performance.

The electric motor voltage suggests the size of an electric bike motor. The larger it is, the more battery storage you will require. Bikes with high wattage motors often have the power to propel your bike with no assistance from you, up to 20 miles per hour.

A nice feature. However, operating in this mode for a very long time will shorten the life of your battery.

Wattage is the product of a battery’s voltage and the amps from the motors controller. For example, a 48-volt battery connected to a 20-amp controller will produce an optimum wattage of 960 watts.

The Effective Range of Electric Bikes 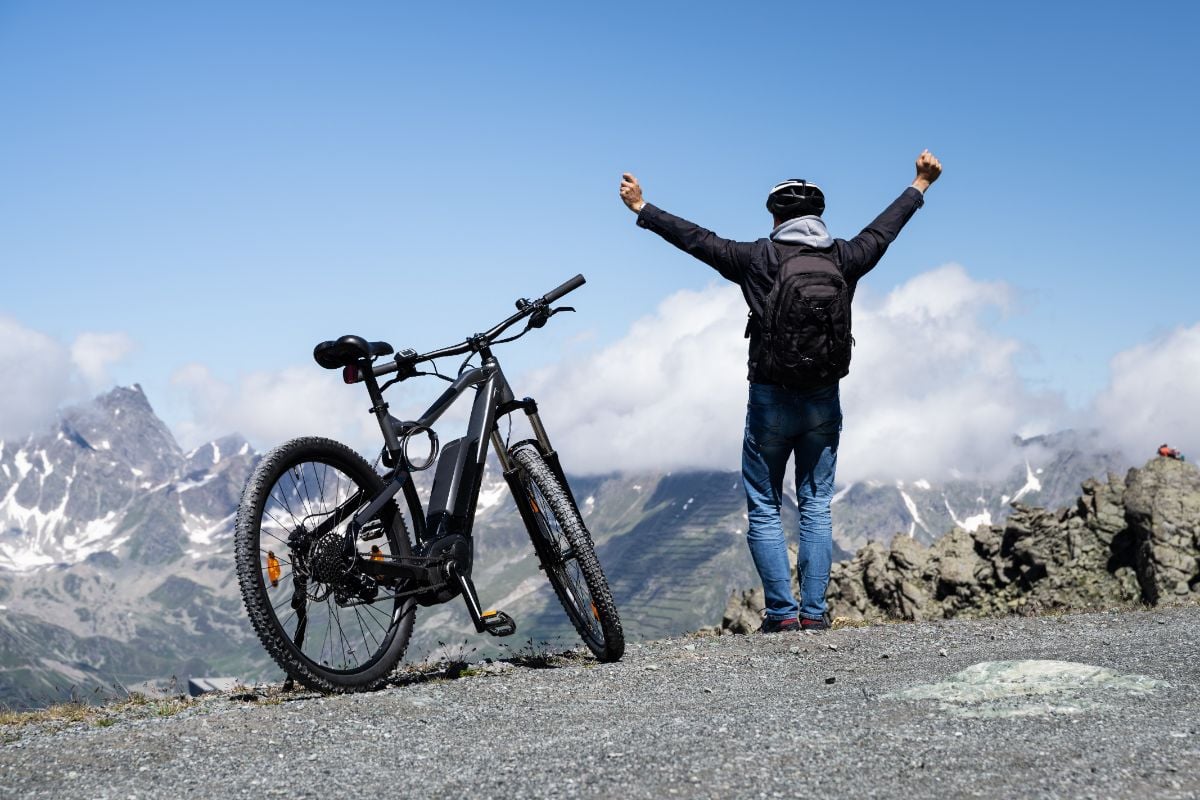 Your electric bicycle battery’s wattage, voltage, and amp hours are significant factors in your bicycle’s range. However, the way you use your bicycle is also a factor.

Some bikes have that capability. However, you will likely need to recharge your battery sooner than using your electric power sparingly. The range of electric bikes is all over the place. Your electric bicycle drive system’s wattage, voltage, and amperage are part of that factor. However, another part will be due to how you use your bicycle.

Some electric bike batteries have a charge that will last 17 miles, while others boast of a charge that will assist you on a 50-mile jaunt. No matter what is advertised, how you use your bicycle will be a significant factor in the range of your ride.

See also  Where are Good Places to Put Your Phone When Mountain Biking (Many Options)?

Fat-tired bicycles have been around for several years, and fat tires work perfectly for electric bikes. They can carry more weight and stand up to the consistent higher speeds of an electric bicycle.