Most bicycles have something in common, and the e-bike is no different from them. This article discusses how can a regular bike converted into an electric bike. 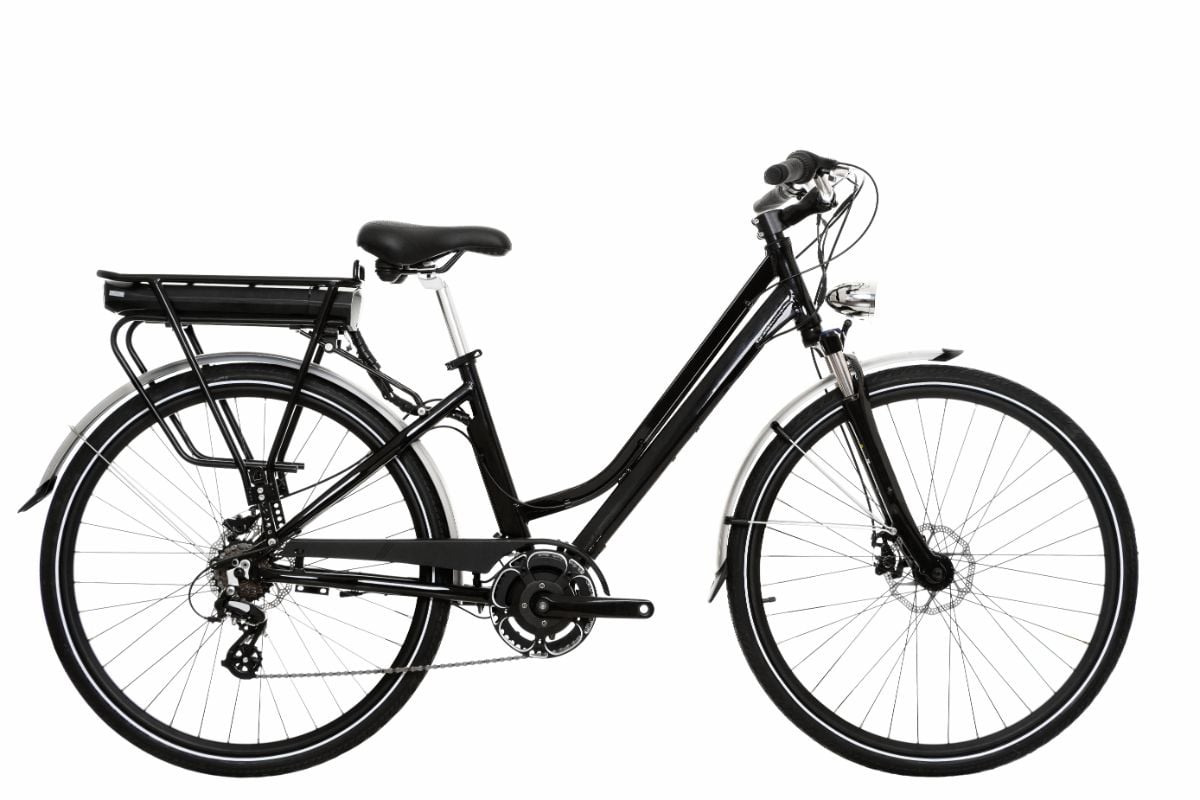 Absolutely. All you need is the right conversion kit for your type of street bike, some tools, and a Saturday morning free of honey-do’s. A bike is a simple frame attached to two wheels with brakes, pedals, handlebars, and a chain. It moves forward strictly by leg power.

What makes an ordinary bike an electric or e-bike is a motor and battery. They’re mounted on the frame or wheels. This motor turns your street bike into a sort of hybrid. You’ll pedal a bit, then the battery will take over to help propel you while you continue pedaling. However, you should know a couple things before you begin. 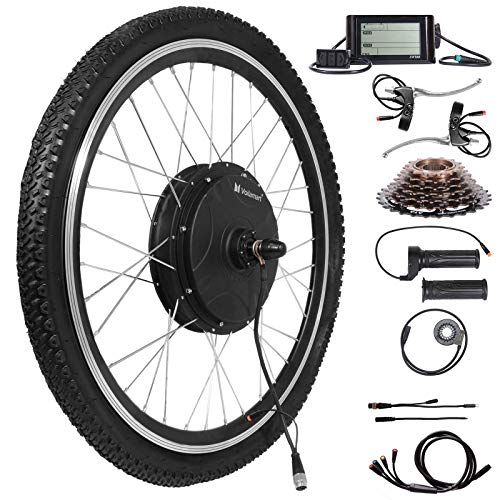 What To Know Before Buying A Conversion Kit

A motor and battery can be bought to turn your bike into the most basic electric bike. Advanced conversion kits add extras that will make your whole biking experience first-rate: 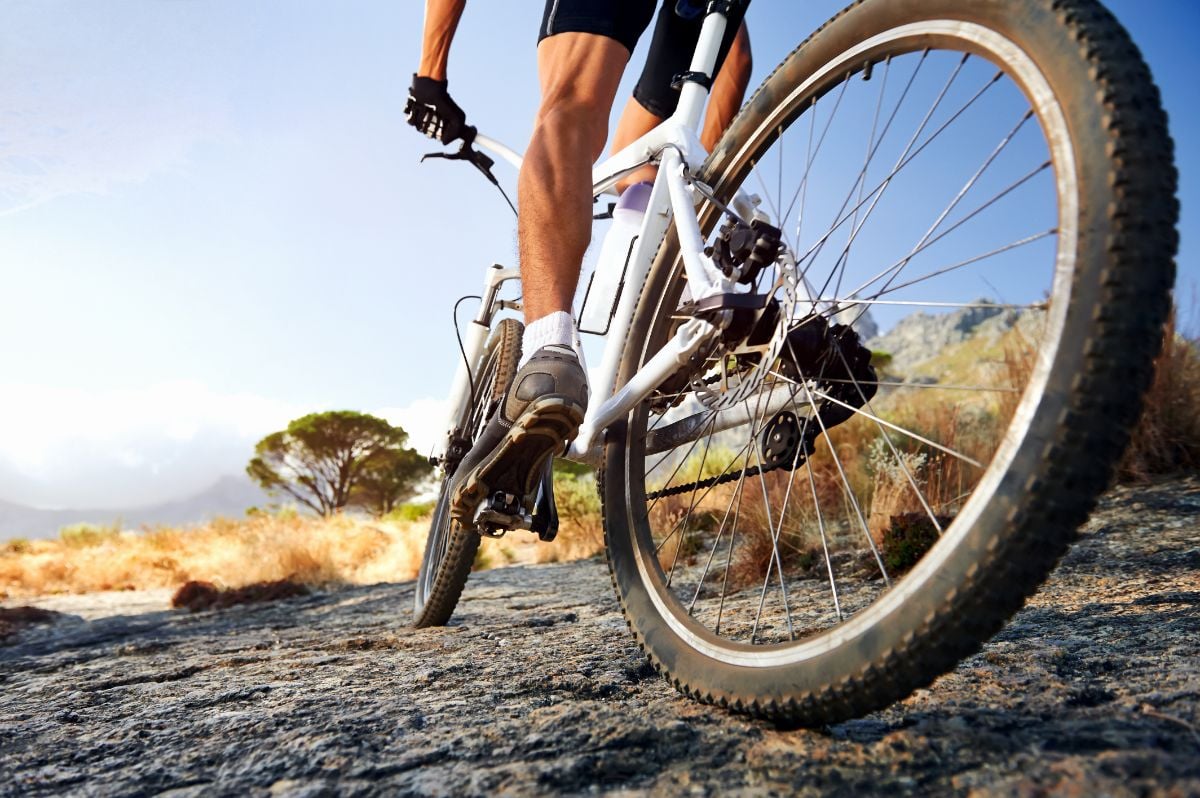 The type of bike plays a part in determining what kind of motor you put on it. For example, a mountain bike and a dirt bike require a motor strong enough to withstand whatever might be spewed up on it. Road bikes and touring bikes are a little alike, but the wheels and gears are vastly different. These would take a rear wheel motor.

How your brakes are set up enters the picture. You’ll have to disassemble them in order to mount the motor, so knowing how to navigate the brake cables is important. After that comes the money for all this, so you have to know what you have at home before you can price your conversion kit.

You have all the pertinent information, so it’s time to buy a conversion kit. One of five types of motor will fit your bike: front hub, rear hub, mid-mount, side-mount, and friction drive. They all accomplish the same job; it’s just where you place them on your bike that matters.

This is the least expensive kind of electric bike motor. It’s integrated into the hub of the front wheel. It’s simple enough to install; you simply take off the existing wheel and put on the wheel with the electric motor. Attach the wires to their control pieces, and you’re ready to rock. Hub motors are brushless motors, unlike side-mounted motors. All that means is that brushless motors perform better than their brushed brethren. 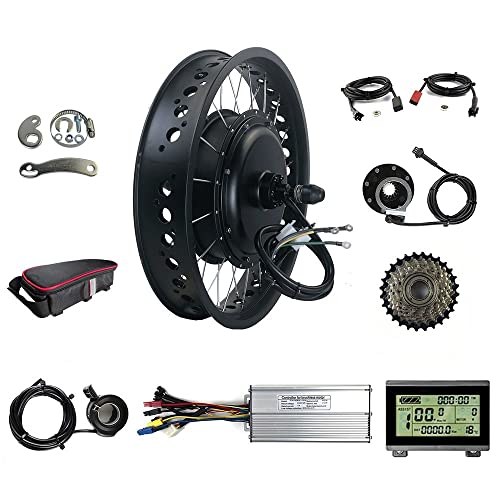 Rear hub electric bike motors are a little more involved than simply popping on a wheel. The above picture is that of a motor made to fit a snow bike or a fat-tired bike. On your ordinary street bike, you’ll have to take off the gear cassette, braking cables, and anything else on the rear wheel in order to install the motor.

Rear hub motors are generally considered smoother rides than any other type of electric bike motor. They’re brushless like their front hub brothers, and the whole thing is hidden behind the gear cassettes. 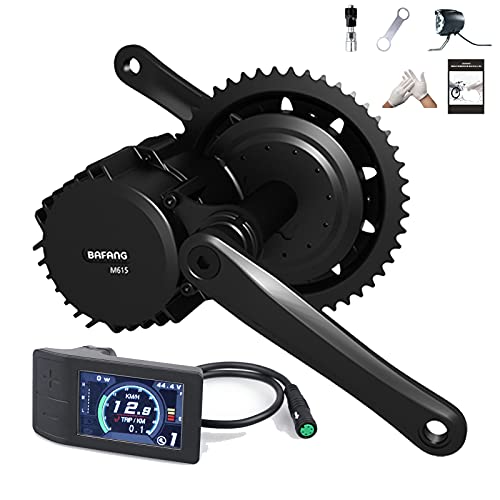 The central location of the mid-mount motor gives your bike several benefits.  A low center of gravity, the aura of a traditional bicycle with the motor in the middle of the pedals, its small weight won’t be noticeable, repairs will be a snap (much easier tire changes,) and the motor is attached to the gear system. That means that using pedal assist will give you longer, more productive rides.

You’ll find this motor opposite the gear sprockets on the rear wheel of the bike. It and its dedicated chain are bolted to the wheel and look much like a hub, except it’s on the other side of the wheel. It’s also the least expensive choice of e-bike motors.

E-bike motors are powered by batteries. You pedal your bike, and when you need some rest, the motor will kick in and propel you while you peddle or while you rest. It’s kind of like a hybrid car: the gas engine takes over while the battery recharges.

This has its disadvantages, not the least being bits of rubber flying off the rear tire. In rain and snow, where there’s nothing for the tire to grip, you’d be better off taking the bus. Friction propulsion, for obvious reasons, fell by the wayside, but it’s making a comeback due to improved technology. You can read about it here.

Motors and batteries for electric bikes come separately. The battery, whose life is around three to five years, determines how long you can ride before recharging, the distance you can ride, and its weight. It’s also the most expensive part of the whole, so before you run out to buy one, you’ll need some facts at your fingertips: 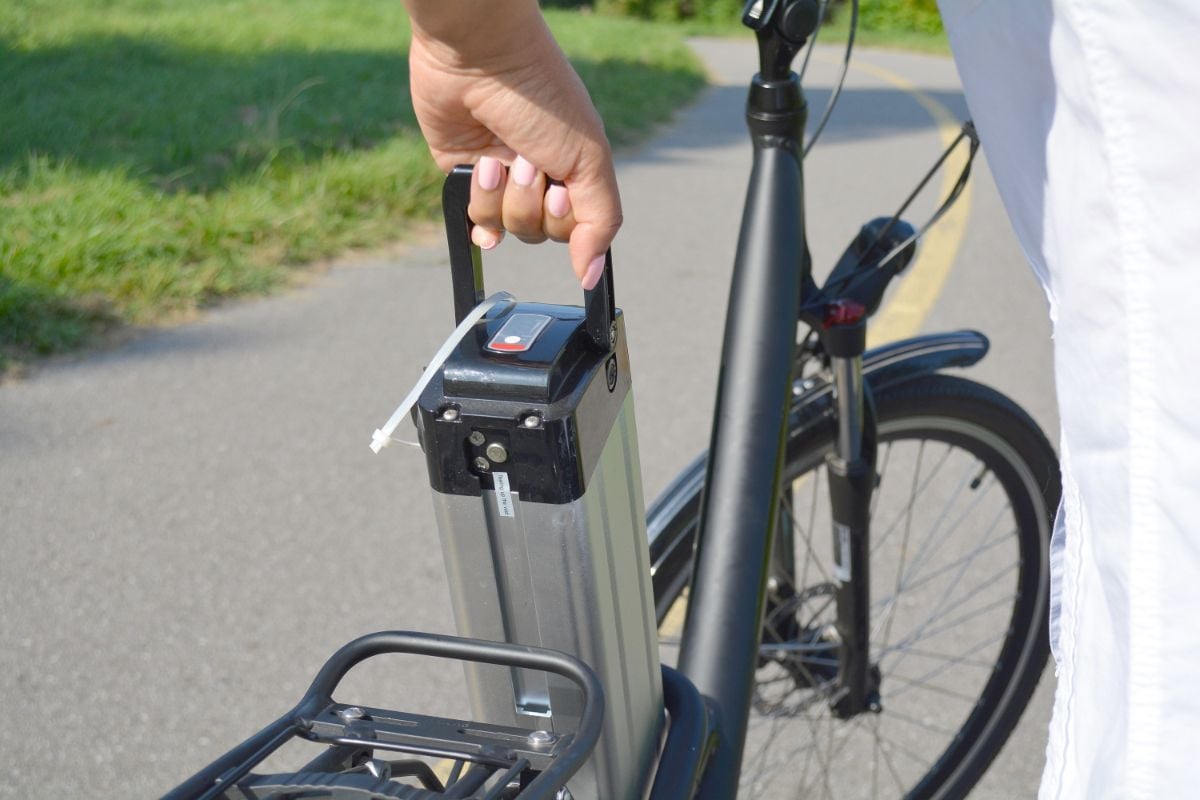 L-ion batteries power everything from our phones to our electric cars and bikes. L-ion batteries are made with an eye to just the right weight as well as the max energy. Your bike will have an amazing range and your battery will last longer.

One of the most attractive reasons L-ion batteries are used for e-bikes is that they can be formed into various shapes or fit into quirky spaces. The most important thing to remember is that a good quality drive system plus quality parts equals an e-bike that won’t overheat and the battery will last a long time.

Lithium iron phosphate or LifePo 4 is a new kind of battery, one with a longer life; it charges quickly and efficiently, and operates in extreme temperatures. This battery is new, so it’s going to be expensive. It should work out in the long run, though, due to its life span, so it should prove a good investment.

A Word About Terminology

When you peruse Amazon’s listings for motors, you’re going to see words and number/letter combinations you might not understand. You’ll need to recognize these terms when you buy your motor:

How Fast Do E-Bikes Go? 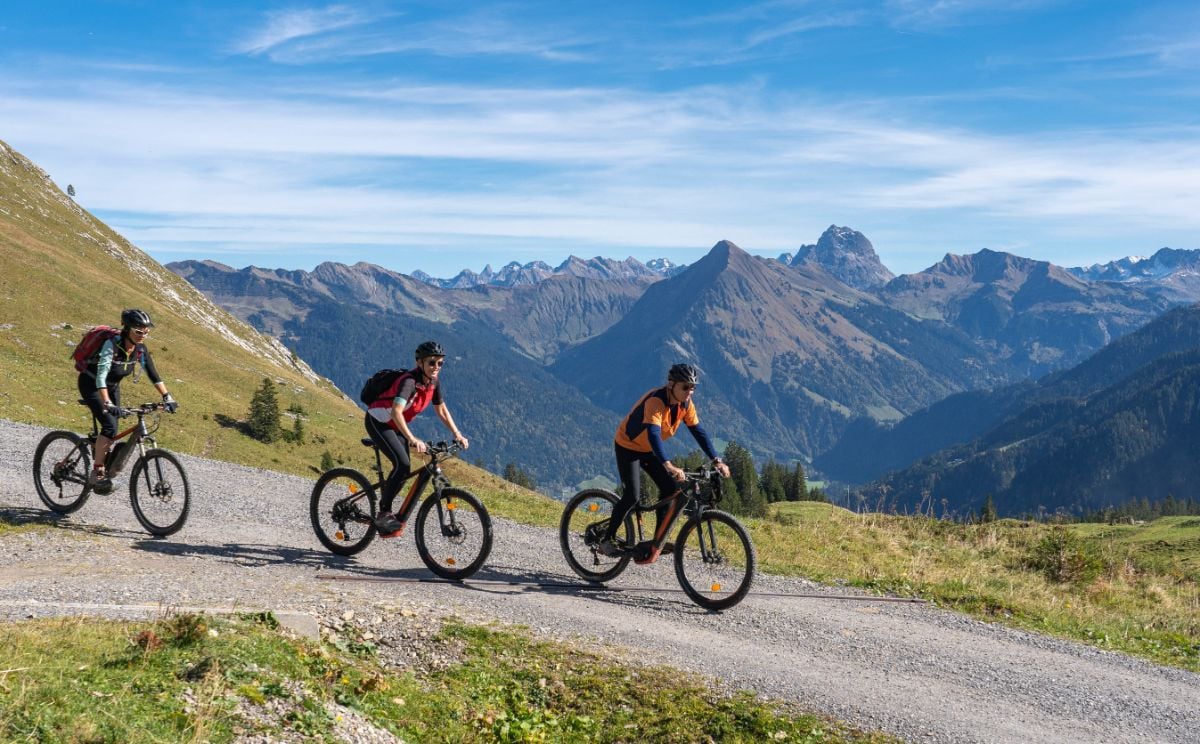 Pedaling with just leg power gets you a bike traveling at about 15 mph. Electric bikes are pushed by motors and batteries in addition to leg power, so they go considerably faster than 15 mph.

This is a list of how fast e-bikes can go according to their wattage. Suffice it to say you can zip along at 48 mph on a 3000 watt e-bike, although the “speed limit” in most places is only 20 mph (but you usually don’t get caught.)

How Far An Electric Bike Can Go Without Pedaling 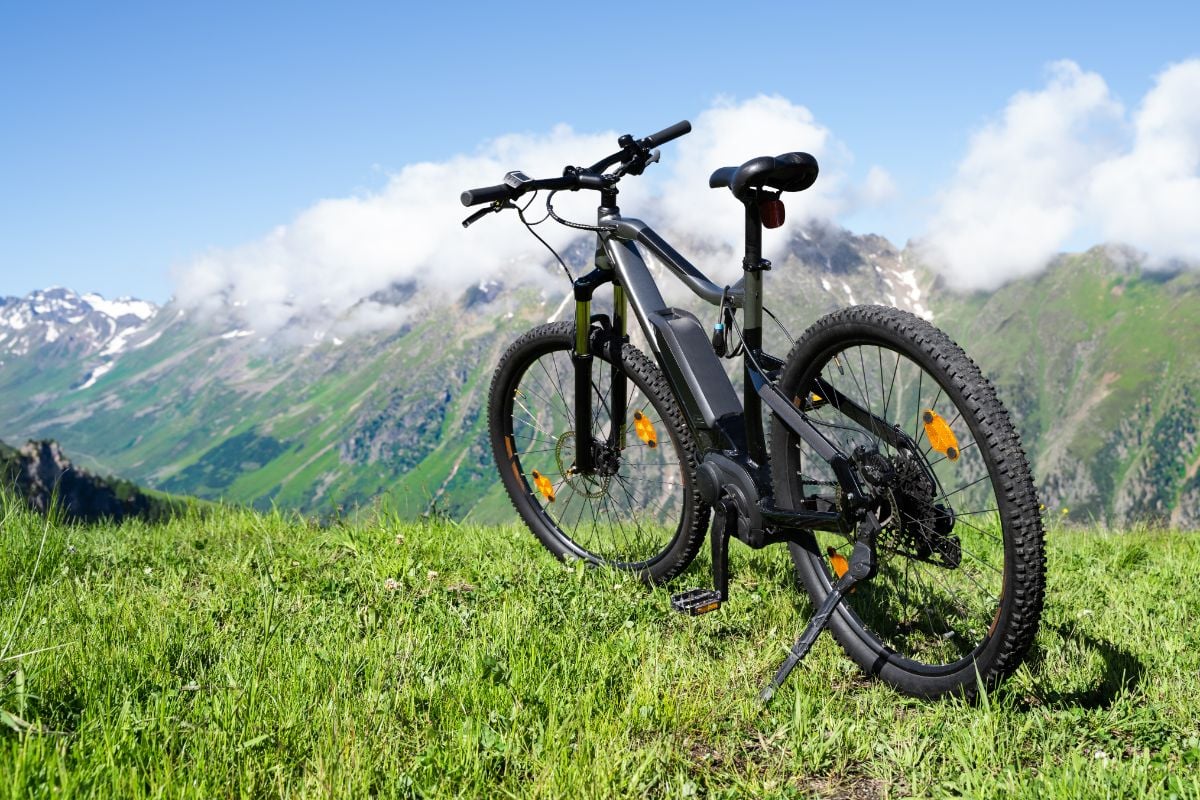 Keep in mind that, as you are pedaling, the motor is operating. Only when you hit the throttle does the bike give you a break from pedaling, but only for a short time. With this in mind, along with battery capacity, you should be able to travel between 25 and 50 miles in one trip.