Know the various similarities and differences between fixed gear bikes and single speed bikes so you can have an informed decision what's best for your bike use. 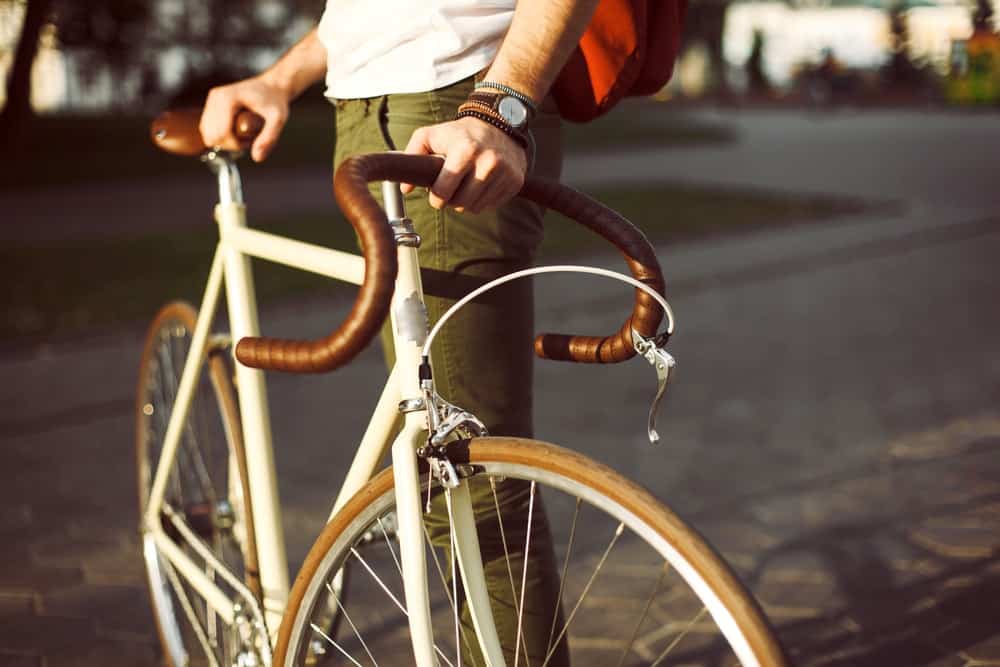 When it comes to buying a new bike, you have tons of options and choices. You may have heard a lot lately about the popularity of fixed gear bikes, also called “fixes”.

But did you know that you can get most of the qualities of a fixed gear bike from another type of bike called a single speed bike?

For those who are looking for a bike without mixed gears, there are two main options: fixed gear bikes and single speed bikes. Some bikes can even shift between the two using something called a flip flop hub!

Both fixed gear bikes and single speed bikes have their pros and cons, from the ease of riding to safety on the streets. It can be hard to figure out which one is right for you.

Don’t worry! We’ve got everything you need to know when it comes to understanding the differences between fixed gear bikes and single speed bikes.

They both have all the same basic parts of a bike and are common choices for urban or commuter bike riders.

Both of them only have one gear, because both of them have a single front chainring connected to a single rear cog.

See also  How to Choose a Bicycle Helmet (Types & Options)

Neither of them has shifting, mixed, or multiple gears. That means that it’s up to you as the rider to control the speed and wheel motion by the way you pedal the bike, rather than by changing gears.

Both bikes are good choices for urban riding, and can definitely get you where you’re trying to go. If you’re looking for a bike without shifting gears, both fixed gear bikes and single speed bikes are great choices for you.

Both fixies and single speed bikes have a clean, simple, vintage look to them. Many people like the way these bikes look, especially their retro frames. Both types of bikes are easy to customize, with different options for handlebars and even colorful tires!

Because of their simplicity, you can also add your own custom paint job to your bike very easily. Single-speed bikes and fixed gear bikes are great choices for someone who prizes form as well as function or wants a creative project that lets their personality shine through their bike. 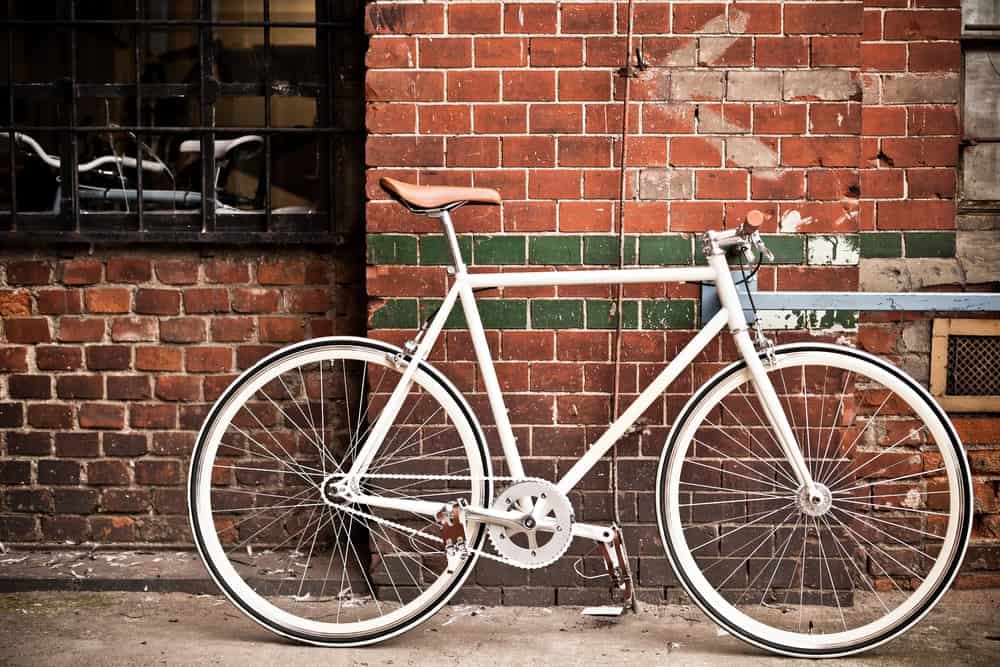 Fixed gear bikes do not have a freewheel. Instead, the read cog connects to the read hub. That means that when the wheel turns, the cog will also turn.

That is why they are called fixed-gear bicycles, or fixies – because the wheel is fixed to the cog.

Most commonly seen on a velodrome, or bike racing track, fixed speed bikes are the best types of bikes for this kind of closed track racing. They give you speed, power, and a connection with your bike that is unparalleled – plus, they let you start from a dead stop, which gives you those precious few moments at the beginning of a race.

See also  How Often Should I Change Brake Lines on a Mountain Bike?

But they’re not just popular for the race track. Fixed speed bikes are often ridden as hobby or commuter bikes, and have become more popular in the last few decades due to their cool retro style.

Fixed gear bikes will allow the cranks to continue spinning even after you stop pedaling. That means that a fixed gear bike does not coast, and will continue pedaling until you actually stop the pedals from moving.

When you stop the pedals on a fixed gear bike from moving, you lock the rear wheel much like a brake on a bike with multiple gears.

One unique aspect of fixed gear bikes is that they are capable of going backward! Since there is nothing to lock the gear mechanism, pedaling backward on a fixed gear bike will simply make the wheels turn backward.

Another thing many people enjoy about fixed gear bikes is that you can stay on the bike while keeping it still if you move the pedals a tiny bit back and forth. This takes a bit of practice, but can be done! 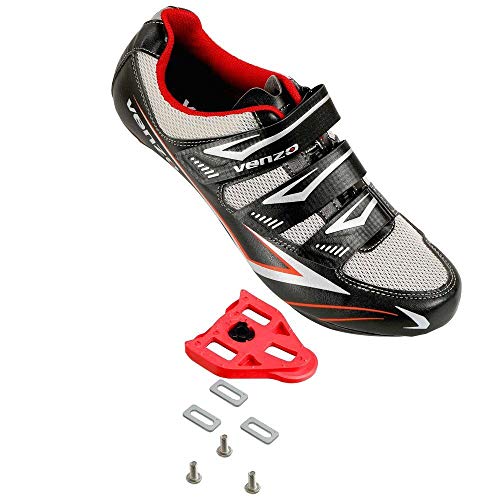 Being able to keep a fixed gear bike stopped in place is good for racing when you need to start from a stopped position. It’s also good for anyone who uses clip-in bike shoes and doesn’t want to clip out every time they have to stop their bike.

Even though a fixed gear bike doesn’t have multiple gears, that doesn’t mean you don’t have plenty of options when it comes to customizing your ride. In fact, there are a number of different handlebar styles for fixed gear bikes, and finding the right one can make a big difference in your comfort levels and ability to ride a fixed gear bike.

Some fixed gear bikes do not even have brakes, relying on the rider to control the pedals in order to stop and slow the bike. Other fixed gear bikes have a front brake that works with the front wheel.

Because of the way a fixed gear bike is built, anything you do with the pedals is immediately transferred into the movement of the wheels. Fixed gear bikes require you to remain much more connected to the bike, focusing closely on what you are doing.

Some people count this as a benefit of fixed gear bikes because it keeps you more present to your bike ride and makes you feel more physically connected to the bike and the road that you are riding on.

However, this can make fixed gear bikes more difficult to ride, and they can take some getting used to. If you want a bike that can be ridden a bit more passively, consider a single speed bike instead.

Single-speed bikes do have a freewheel cog that can rotate one way, but when it tries to turn in the opposite direction, it locks up.

That means that when you pedal on a single-speed bike, the cog will turn the rear wheel, but once the rear wheel starts turning faster than the cog, it will begin to freewheel. 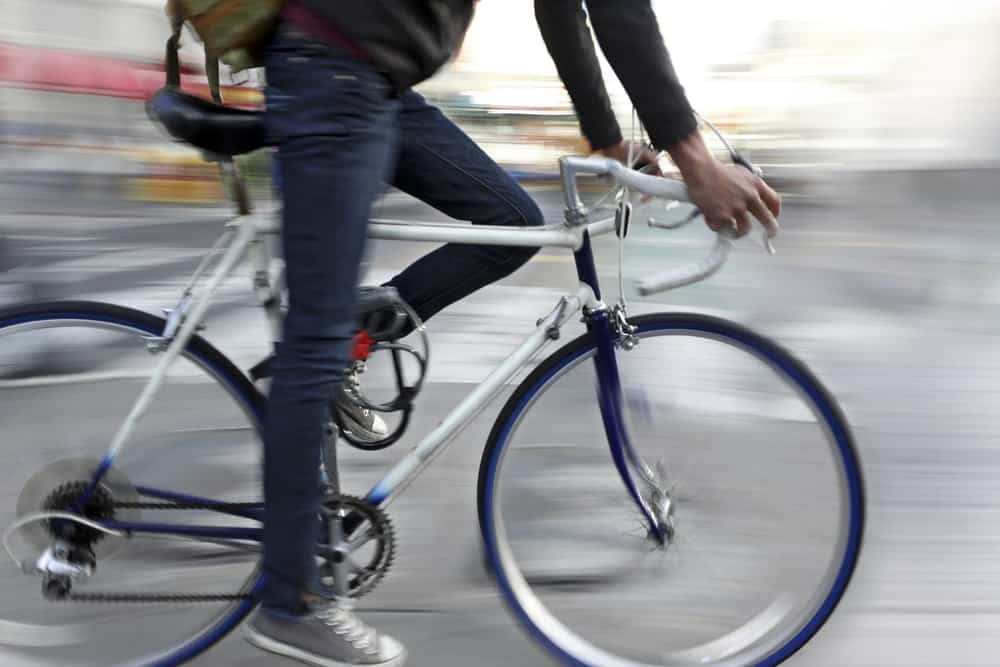 Unlike fixed speed bikes, single-speed bikes are able to coast, meaning you can gain speed on a hill or pick up speed by pedaling on a flat surface and then coast for a while without pushing on the pedals.

Single-speed bikes are not only easier to ride, but they are also easier to maintain. This makes single speed bikes an excellent choice for a commuter bike, especially if you live somewhere with wet or snowy weather than can cause a bike to require more frequent maintenance.

Flip Flop Hubs Give You The Best Of Both Worlds

Maybe you’re still not sure whether a single speed bike or a fixed gear bike is right for you. Or, maybe you want the freedom to switch between a freewheel mode and one where you’re more connected to the bike. Does that mean you need to buy two separate bikes?

Nope! A great little gizmo called a flip flop hub can let you switch between a fixed gear bike and a single-speed bike any time you want.

Making the switch requires you to remove the wheel and make some changes, so make sure you understand what you’re doing and have all the right tools before you get started.

To switch between a single speed and a fixed gear bike using a flip flop hub, first, loosen your bike chain. Then, remove the back wheel. Turn the wheel around so that the gear cog fits from the other direction. Replace the wheel and rethread the chain, and you’re ready to go!

Many fixed gear bikes come with a flip flop hub already installed, but you can also buy one to install on your bike yourself.

Now that you know the differences between fixed gear bikes and single speed bikes, you’re ready to try them out!