Biking and going on an outdoor adventure are fun and exciting. Learn more about bikepacking and touring in this article and see the difference. 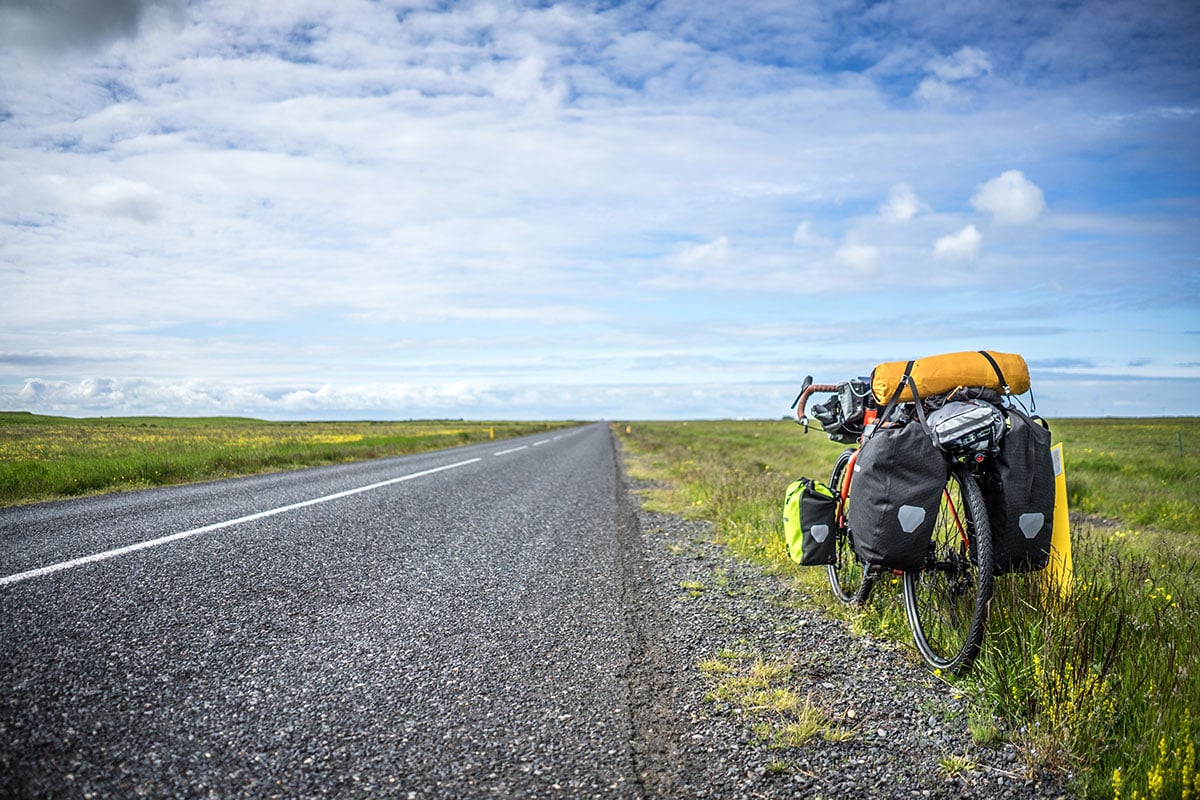 The difference between bikepacking vs. touring is just as it sounds, although both sports are equally adventurous. There is no limit in size or scope of either of them either, with both sports entailing long open roads or trails and a spirit that seizes the day.

In bikepacking, the adventure is a little more labor intensive, with an emphasis on the biking, while bike touring puts a different purpose into the adventure by adding the element of a tour or visit to somewhere exciting. Learn more about the differences between bikepacking vs touring here. 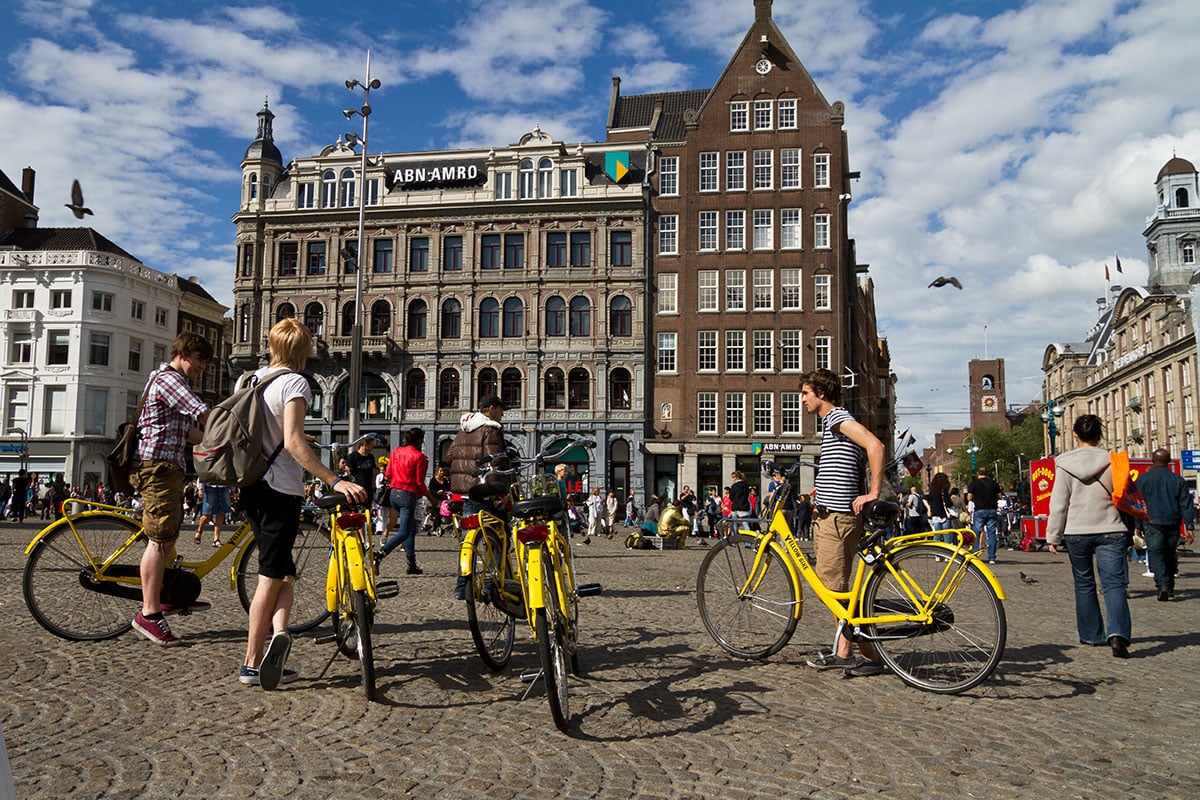 Bikepacking is fun, but you definitely do have to be super outdoorsy to enjoy it. That should go without saying, but many people load up their bikes and, one hour in are wishing they had made different plans. If one hour on a bike sounds tiring, this is not an adventure for you. Bikepacking can go for days, and seasoned bikepackers will say that the best ones do.

It is just what it sounds like, backpacking, with a bike. In bikepacking you load up your bike with everything you will need, typically for a few days. You’ll need food, shelter plans, and gear to enjoy the ride. That will include tire tubes, tools for the bike, and anything else you need to bring for the adventure.

See also  Can You Use a Mountain Bike for a Triathlon?

There are either bikepacking trips or races, and you can go on an organized one, or you can create your own adventure. There are no rules for bikepacking but, safety first. A key to this sport lies in the true appreciation of outdoor living. Many like to go this alone and find the solitary nature of this adventure part of the inspiration.

What is Bike Touring? 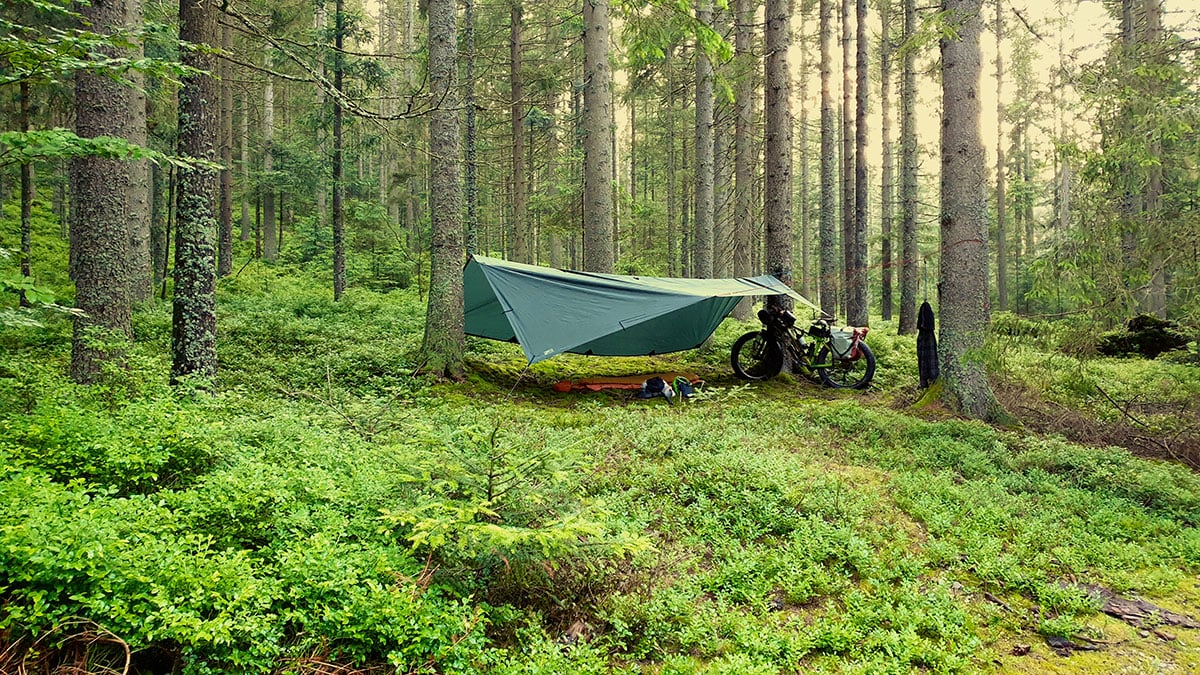 Bike touring is a little bit different than bikepacking, but not by much. Here, the destination is part of the appeal. It typically involves a planned route, and often a final destination. Or, if not a final destination, a destination or itinerary that includes visiting attractions, touring special or unique bike locations and trails, or taking more planned trips. You might use more hotels or hostels when bike touring than with bikepacking.

With bikepacking, you’re going to see more travel tents and roughing it types of adventures. Bike touring is slightly more refined. Bike touring can include loop tours, where you start and end in the same place. There are also point-to-point tours, expeditions, guided tours, and overnighter-type bike touring adventures that bike touring enthusiasts can enjoy.

The key with biketouring is that all ages and skill levels can enjoy it. Bikepacking is a more serious adventure that entails a higher-level skill of both biking, and surviving on roading adventures.

Features of Bike Touring and Bikepacking

The key feature distinguishing the two activities of bike touring and bike packing are the roads. Bikepacking involves much more intensive road riding. Bike touring is about taking the bike out and exploring different destinations. Sometimes that can be for hours, and sometimes that can be a vacation that goes on for days and weeks.

In many cases, bike touring will be managed by a tour company even. Here, all of the arrangements are made by the company with extensive itineraries. At the same time, a solo bike tour is a common occurrence for the bike enthusiast that just likes to explore.

Bikepacking is very similar, but it focuses more on off-road biking that really emphasizes skill and talent in biking. Special bikes, involved gear, and tools that are used to enhance and repair bikes along the way are part of the process. Where bikepacking varies in some respects is in the duration. Bikepacking is strenuous and can entail much shorter timeframes, with trips for one day or just a few days at most.

The reason for that is that bikepacking involves a lot of planning and a lot of energy. Bike maintenance, human sustenance, and safety, will sometimes take priority over the off-roading adventure. When that planning is done, there is nothing but road ahead to enjoy. All of that takes time to plan down to the last tool and bike tube you may need for the ride.

The Costs of Bikepacking and Bike Touring 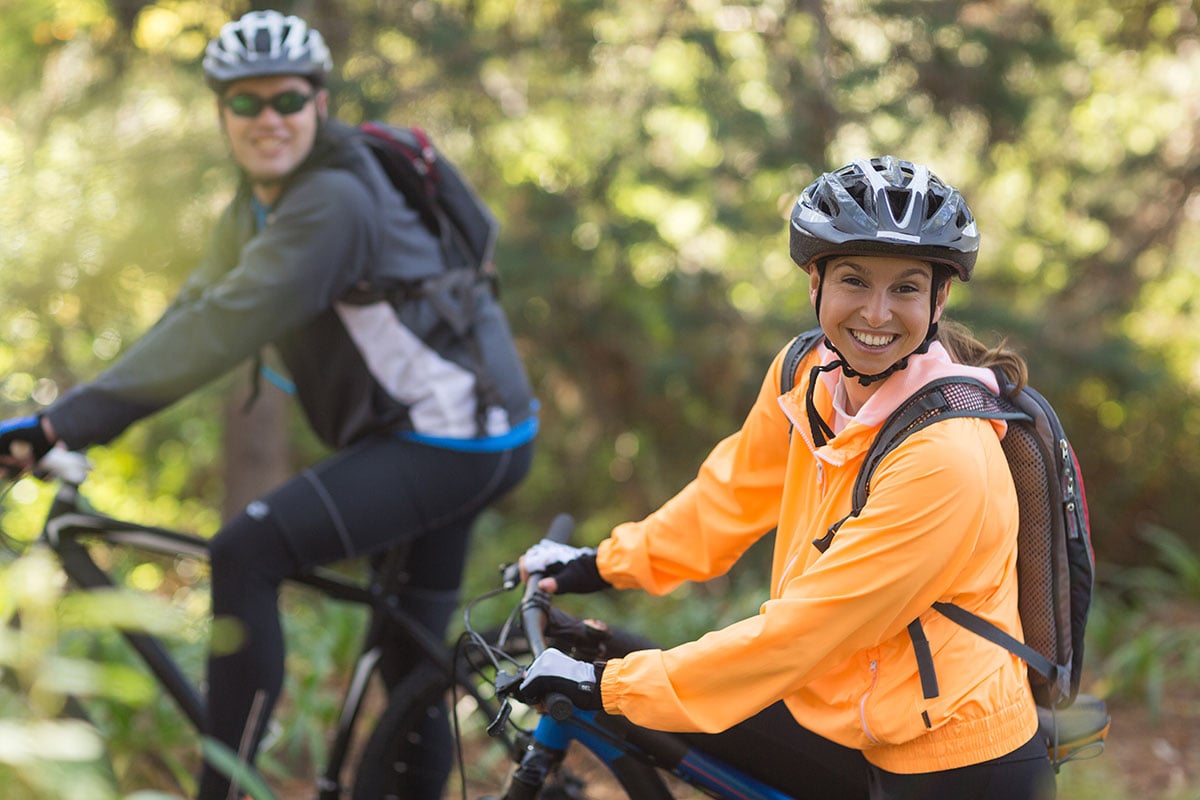 See also  What Size of Backpack is Good for Mountain Biking (Not Too Big and Not Too Small)?

The gear on the bike is going to be an additional cost, and again, you can go as extensive or minimal as you want. Bikepackers will typically carry more gear, and you may see bags attached on both front and back of the bike, and even along the sides. Daypacks, dry bags like those used for motorcycles, water bottle and food cages, panniers, and bike trailers, are all common items purchased by bikepackers. 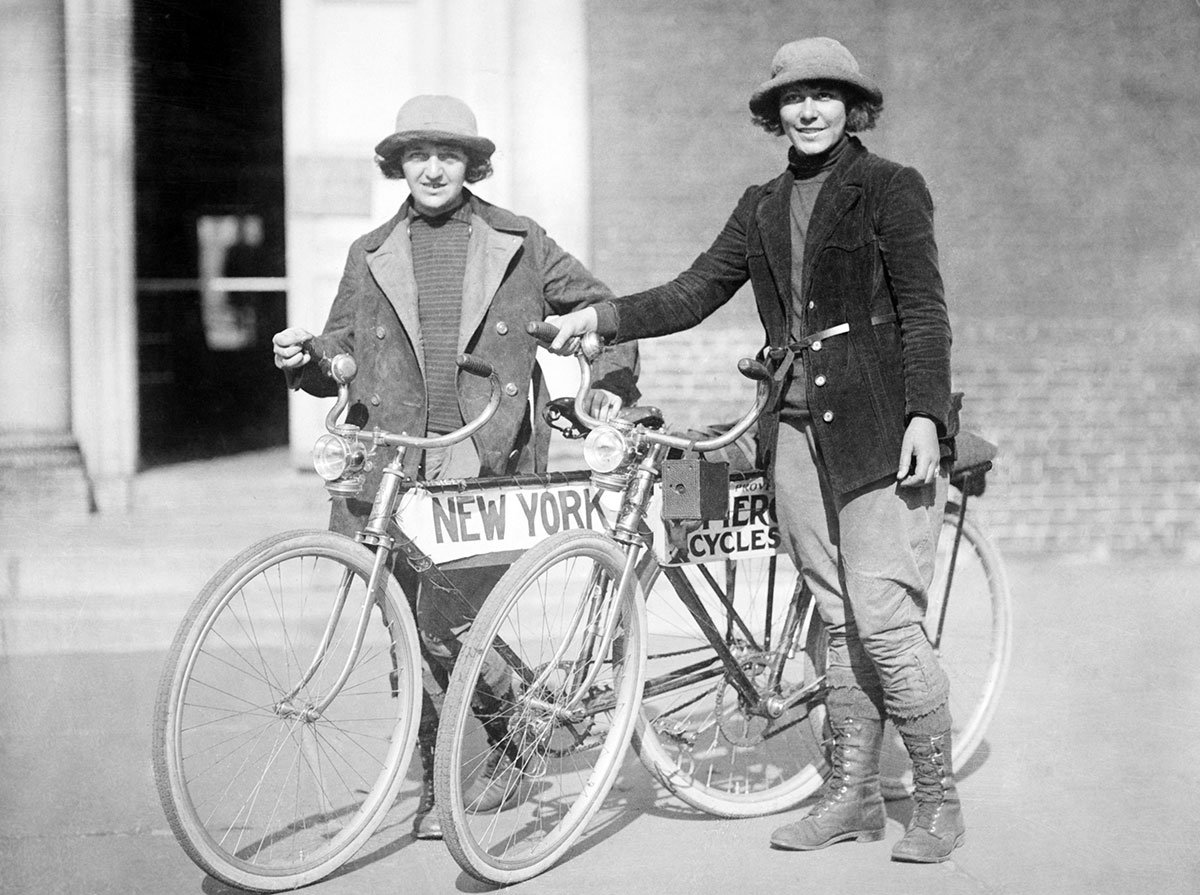 For the tourists, bike touring offers the advantage of being able to see parts of the world, or of your world, that you have always wanted to see. You have the benefits of participating in one of your favorite sports, while also enjoying bits and pieces of life and history that fascinate and inspire your thrill of adventure.

It was the 1870s when the first bike was invented, and then, the bicycle was known as the dandy horse. By 1978, the first bike touring company would become a thing, and it was called the Bicycle Touring Club in Great Britain. It was renamed a few years later as the Cyclists’ Touring Club and is one of the oldest touring clubs in the world.

By 1896, the first bicycle tour around the world happened and was biked by John Foster Fraser who traveled 19,237 miles by bicycle. Their trip spanned 18 countries and was conducted in two years and two months. At the time, the bicycle was a luxury and was used solely for recreation and considered to be a belonging of the aristocrats.

To many, it still is today, although biking has become much more mainstream than the days of the dandy-horse. The future of bike touring remains to be seen, but its sense of adventure is only expected to grow.

The sport of bikepacking is much more contemporary but has been a thriving community since the earliest part of the twenty-first century. Since the year 2000, bikepacking has been an adventure for many bikers all over the world. The first bikepacking race occurred in Alaskan snow, and also across the Rocky Mountains. By 2012, the first World Cycle Race for bikepackers would occur, and the sport went transcontinental in 2013. 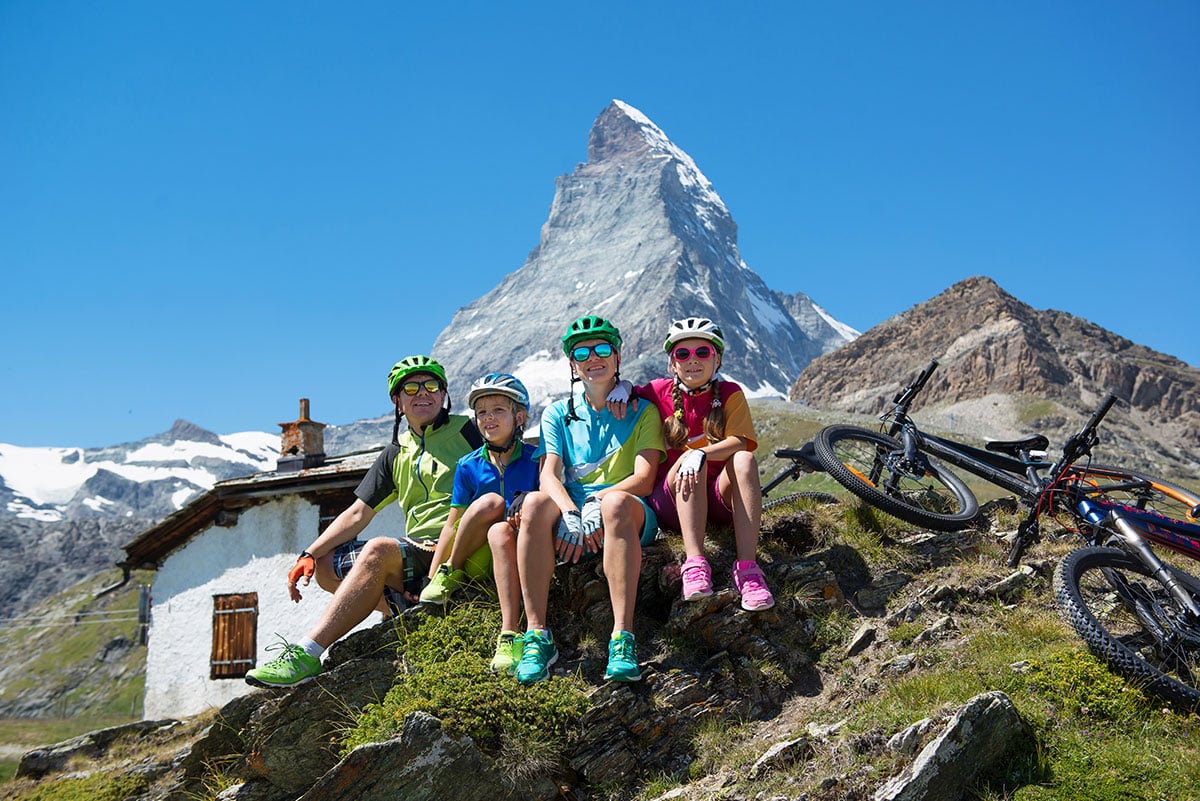 I am not a, throw a tent on the bike and get rolling kind of person, so it’s going to be bike touring for me. My sense of adventure doesn’t go that far. I do love the two wheels though and enjoy the things that I can see when I am out there, with historical locations being my favorite haunts on the bike. I will go alone or with friends, the adventure is all the same sometimes.

But for you, if you want a real off-roading experience, you aren’t going to get a tougher one than bikepacking. It’s not for everybody, but it’s a life experience that anyone that enjoys it can be proud of.