Can you use a hybrid bike to go mountain biking? Long answer short, you probably wouldn’t want to.

Last summer, my husband and I took our new gravel bikes out into the desert. We were excited to try them out—until we attempted to make our way up a rocky, steep hill. Panting and huffing, every ounce of effort only moved us inches at a time as we struggled along. Meanwhile, people on sturdier mountain bikes flew past us.

This story goes to show—you’ll enjoy your bike ride more if you have the kind of bike best suited for the activity you’re doing. Below, I’ve explained in detail all about hybrid and mountain bikes to help you understand what might be the best bike, or trail, or for you.

What are Hybrid Bikes For?

Any bike you buy will be designed with a specific purpose in mind. As the name implies, hybrid bikes are made to be flexible. They are intended to be used for both roads and trails, combining the best aspects of road bikes and mountain bikes.

Mountain bikes can power through steep drops, large bumps, and thick mud, while hybrid bikes are built to manage lighter trails, such as dirt and gravel. Some hybrid bikes can lean more toward the mountain bike end of the spectrum, or can be modified to be more like mountain bikes—but will never be able to handle more dangerous off-road conditions.

What are the Differences Between a Mountain Bike and a Hybrid Bike? 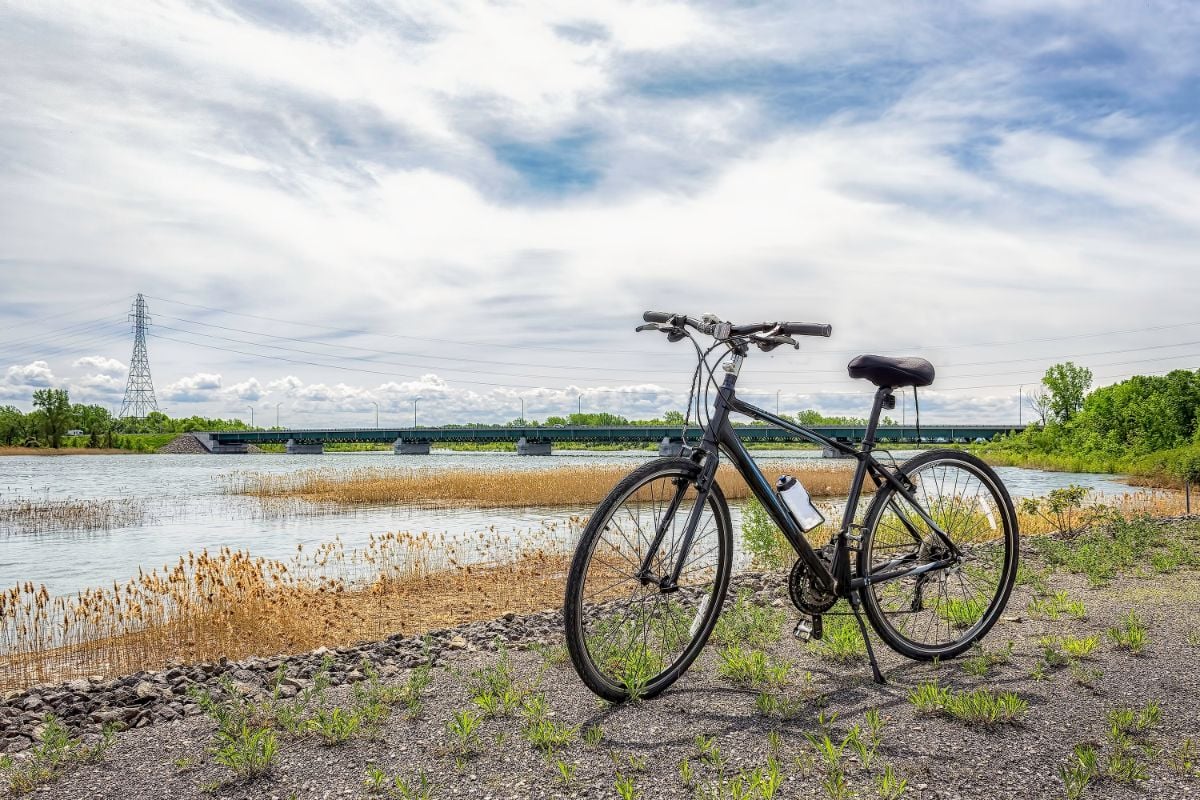 Mountain bikes are equipped with wide, heavy-duty tires with thick, bumpy tread intended to give traction in dirt and mud. This makes them undesirable for roads, where the tread can stick to the pavement and slow you down. According to Cycling Weekly, “on roads or hard-pack paths, knobs (on tires) aren’t able to dig in and thus don’t provide mechanical grip. In these cases, the type of grip is ‘adhesive.’”

By contrast, a hybrid tire will be narrower with a slicker, lighter tread—essentially in between a mountain bike tire and a thin, smooth road bike tire. There are also hybrid bikes available with wider, more aggressive tires, or you can deflate your hybrid bike’s tires to give it more surface area.

According to mountainbikeexpert.com, this will give your bike not only better grip, but “can also provide added suspension because a slightly deflated tire will absorb a lot more bumps as compared to a fully inflated tire.” Still, your hybrid bike will not be suited for rocky trails or big jumps.

The front and back suspension on mountain bikes, along with their often heavy, stainless steel frames, give them the durability for absorbing the landings of big jumps—up to three meters—and navigating obstacles on a trail. They also have a more stretched-out riding position that allows for better handling.

Though hybrid bikes have flat, more comfortable handlebars similar to mountain bikes, they lack rear suspension—or sometimes any suspension at all. They are also generally made with a lighter aluminum alloy. This makes them unable to handle the same kind of abuse a mountain bike is made for.

See also  Can a Road Bike Be Converted Into a Mountain Bike? How?

Gears on a mountain bike allow it to take on a wide range of steep slopes, and disc brakes (sometimes even hydraulic ones) give it the ability to stop quickly and effectively. Some hybrid bikes also have disc brakes, but since a hybrid bike is meant to provide more comfort and speed, it will usually have fewer gearing options and the gears will start at a higher point.

Also, according to joybicycles.com, because of “the hybrid’s higher gear ratio, it can be more difficult to work on a hybrid bike than a mountain bike,” especially for beginners.

How Do I Choose Between a Mountain Bike and a Hybrid Bike? 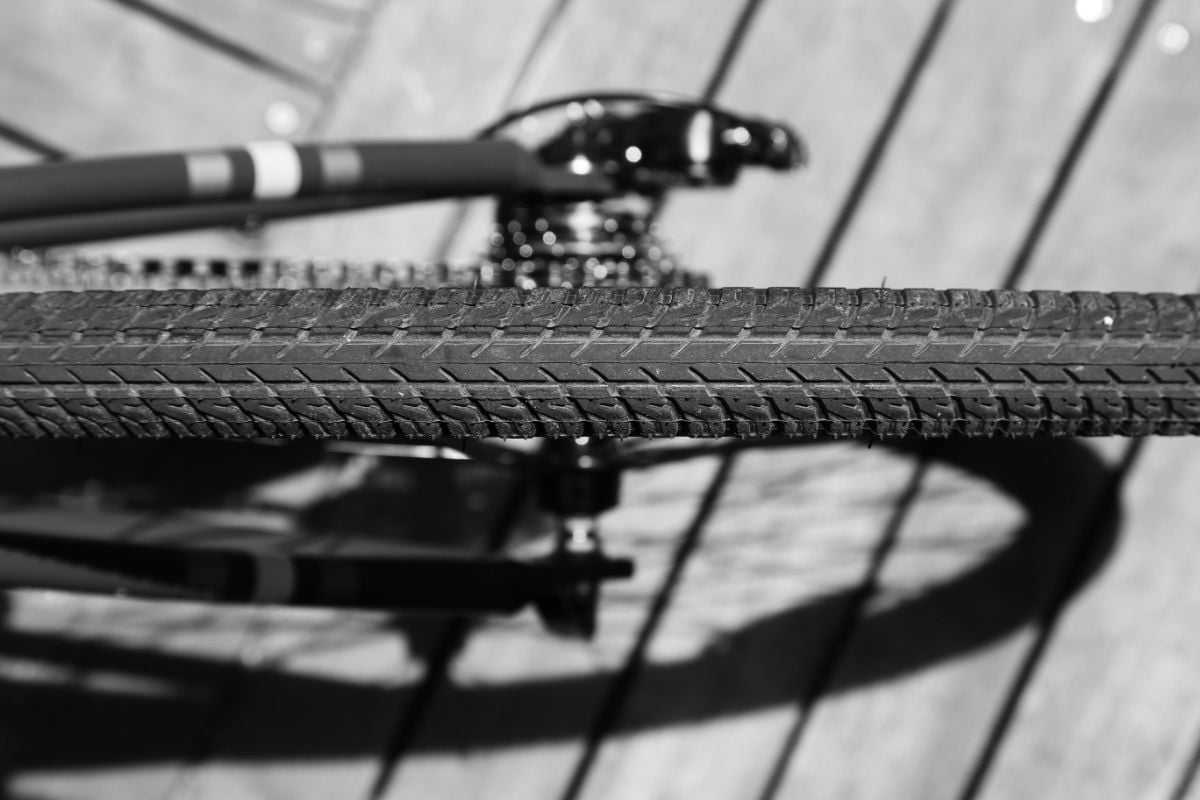 In the end, the choice between a mountain bike and a hybrid bike comes down to what you want to do. If you want a commuter bike that you occasionally take out to moderate dirt or gravel trails on the weekend, a hybrid bike will be your best option. It will put you in a comfortable, upright position with the speed and gears you need for riding in the city, but with enough grip on the tires for a reasonable trail ride.

If you want to try your hand at true mountain biking trails with steep drops, mud, rocks, roots, etc.—you’ll have a much better, safer time if you commit to a mountain bike. But, a mountain bike would be slow, heavy, and difficult to ride on city roads.

Basically, your decision depends on how much versatility you want your bike to have or if you’re ready to go for more difficult terrain full on.

What Kind of Hybrid Bike Should I Get? 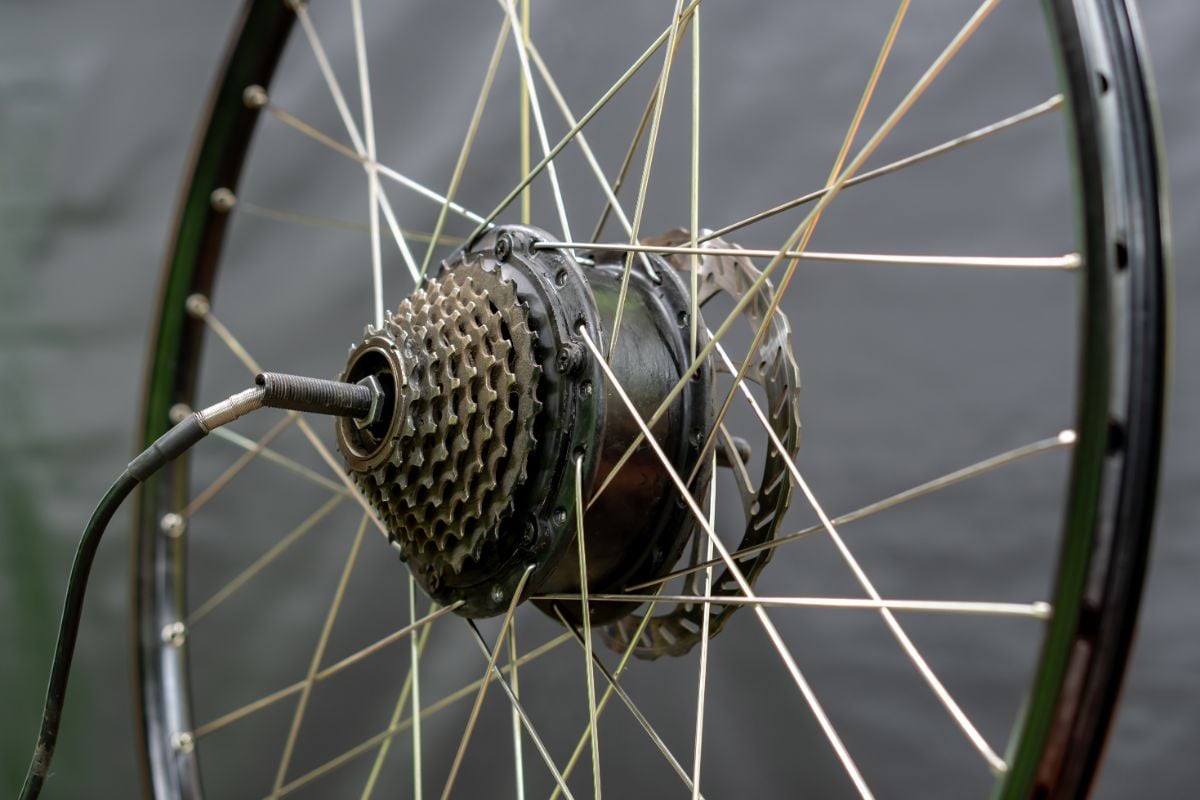 If you decide a hybrid bike is what you’re looking for, there are still some variations within hybrid bikes—a smaller spectrum between a mountain bike and a road bike.

These bikes will give you the most off-roading capability possible while still providing the versatility of a hybrid bike. They will come equipped with the widest tires a hybrid frame can manage, along with a stronger frame and brake system. Rear suspension, however, is something they will still lack.

All hybrid bikes are capable of at least a little bit of off-road riding, or else they wouldn’t be hybrid bikes—but a road-based hybrid bike can manage the least amount. Instead, it is meant more for speed and comfort. It will have thinner tires, smoother treads, and a lighter frame.

Whatever kind of bike you choose, make sure you have fun going outside and moving your body in the fresh air.