Tubeless tires can have their own difficulties at times. Read this article to know when to replace the sealant on tubeless mountain bike tires before it's too late. 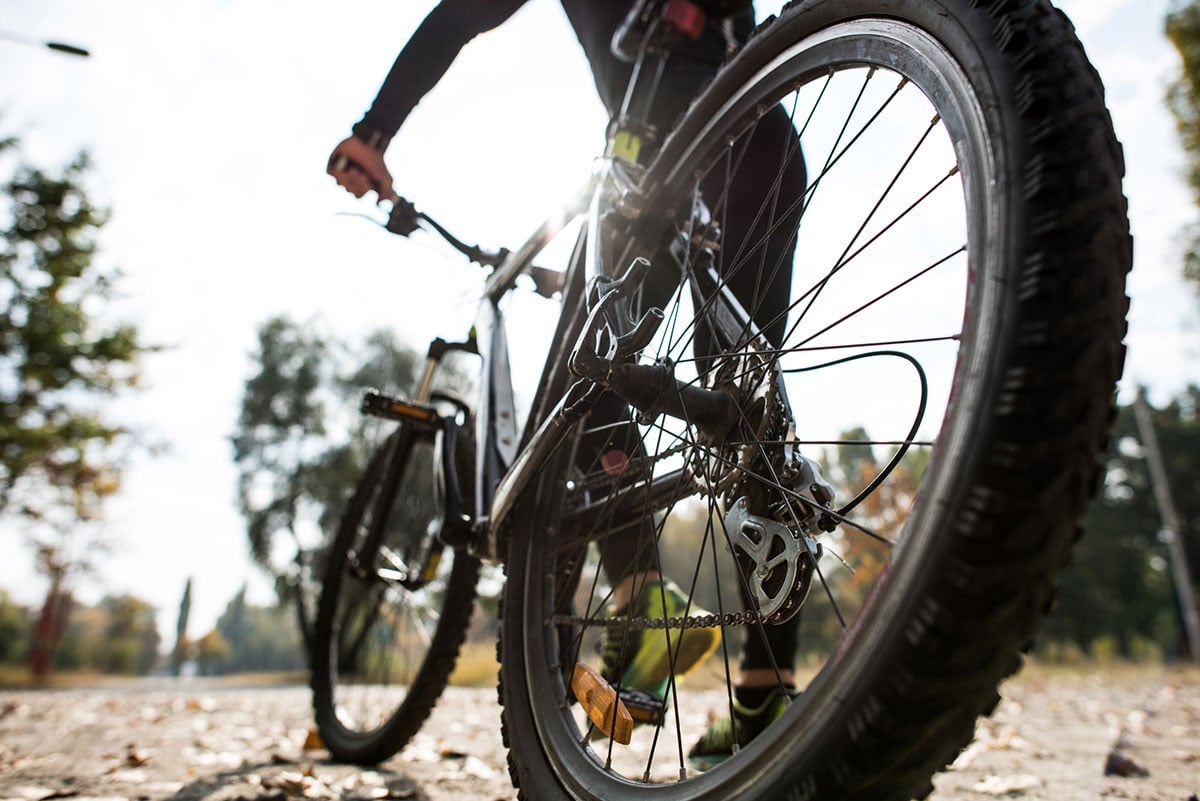 Short answer: As an avid mountain bike enthusiast, I’ve certainly had my share of tubeless tire difficulties over the years. To compound this frustration further, I never seem to know when to apply fresh sealant until it’s too late.

According to Stan Koziatek, co-founder of Stan’s No Tubes, the best rule of thumb is two to seven months, depending on the heat and humidity. The hotter and dryer the weather, the faster the sealant evaporates.

What’s So Great About Tubeless Tires?

Before we go any further, let’s find out what makes tubeless tires so special. How do they stack up against traditional tubed tires, and are they worth the steep price? The first advantage is to expect fewer overall flats and almost no pinch flats.

“Plus, smaller puncture holes are sealed almost immediately,” according to hobbybiker.com. Another advantage is that by using lower psi in your tires, you take full advantage of the traction, which moves the bike over large objects faster and easier.

Although the weight saved without a tube is minimal, it may be worth it for those looking for even the tiniest edge. On the other hand, tubeless tires and rims can be pricey compared to tubes. The conversion kits can run $70-100, which may be worth it to enthusiasts, but not for the occasional rider.

See also  How to Store Your Bike in Your Garage

The mounting process is a further disadvantage of tubeless tires.

That said, once you’ve done it a few times, it’s easy to get a handle on. The last drawback of tubeless tires is more of a caveat than a disadvantage. Tubeless tires are messy, so make sure you are well prepared with rags and paper towels before starting. 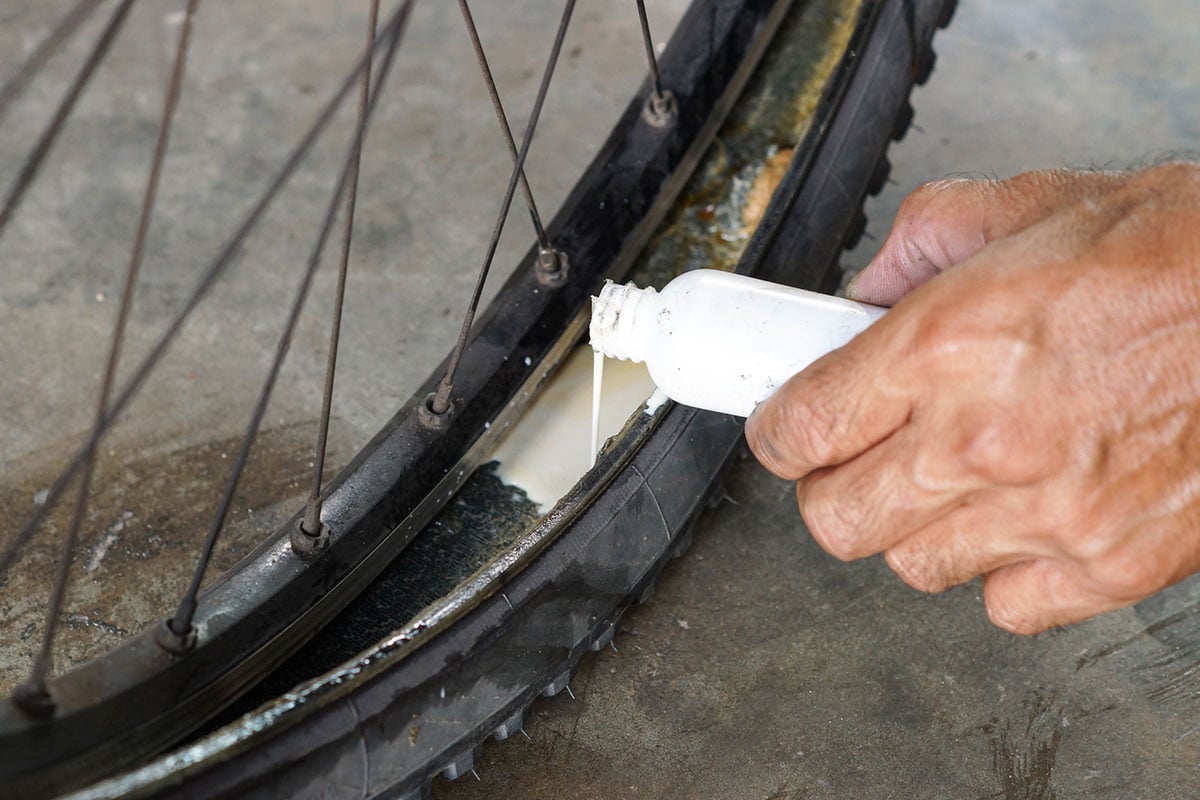 If you’ve decided on tubeless tires, before haphazardly replacing the sealant, it’s crucial to know a few details. First off, listen for a sloshing sound when shaking the tire. According to Enduro magazine, this is the easiest way to quickly check sealant levels.

If you don’t hear anything, deflate the tire, remove a small portion of the bead and examine for sealant.

Whether it’s low or empty, it’s time for a refill. There are two ways to do this according to roadbiker.com. Begin the first method by reading how much sealant is needed based on tire size.

Usually, it’s 2 to 4 ounces. Pour and rotate the tire back to twelve. Finally, to seat the tire precisely, use a warm soapy brush to wet the tire beads which helps them pop into place during tire inflation.

The second method is my preferred method because, well, it’s easier. Simply turn counterclockwise using either a core-remover tool or pliers.

Please heed these words of caution: before grabbing sealant from the garage and using it, consider the shelf life. Slowtwitch.com says that even sealed latex-based sealants eventually separate, which keeps them from mixing properly. Also, it may seem like a cost-effective idea to mix sealant brands, but please don’t do it.

See also  How Often Should I Clean My Mountain Bike?

It causes coagulation and ultimately leads to poor tire performance.  Furthermore, you may wonder about sealant additives. The overall consensus is that you shouldn’t waste your time.

To get a good idea of how long to expect your tires to last, take notice of the surface you travel on the most.

Tires wear down faster on pavement and even faster on trails filled with rocks and roots. Now consider how often you ride. Mileage greatly determines the life of a tire, as does keeping your tires in a cool, dry place.

A final word about replacing tubeless tires. They rely heavily on the seal, and if the bead of the tire no longer seals in the rim, a new tire is likely the answer.

What Are Some Reputable Sealants? 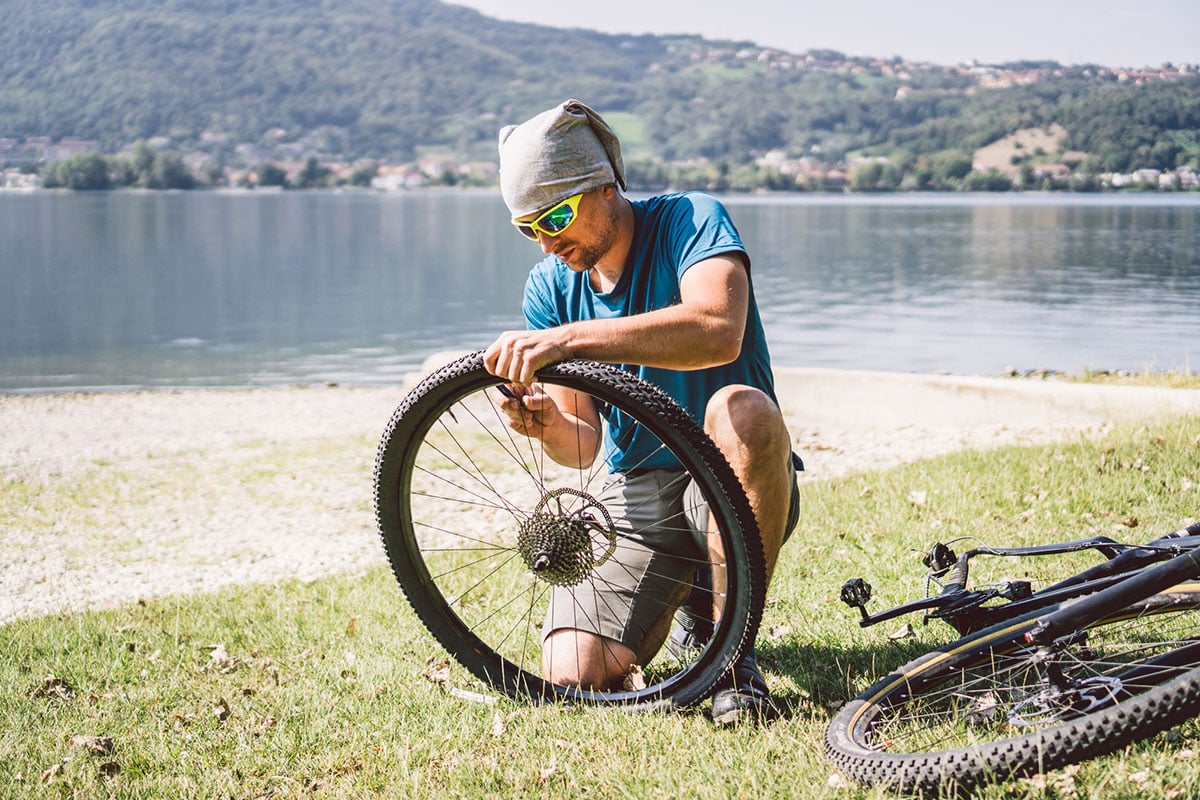 If you wonder how the best sealants on the market are tested against one another, bicycle.com did just that and used eight popular sealants, eight Maxxis Minion DHF tires, a Quarq TyreWiz air-pressure sensor, shop rags, a bucket of 3mm and 4mm nails, and a test rig that simulated punctures.

Using the same Giant TR1 wheel, they added the manufacturer’s recommended amount of sealant and then inflated each tire to 25psi.

The pressure was then monitored in real-time as the wheel was connected to a stationary trainer and ramped up to 10mph per test. To determine how they fared with small and large punctures, each tire was impaled with a 3mm and then a 4mm nail.

Now for the fun part. Each test commenced with the smaller nail inserted in the tire. Next, a paracord was looped around the head and affixed to the test rig.

Spinning the tire ripped the nail from its hole, simulating a puncture. The wheel was spun for 30 seconds while the air pressure was monitored.

The same process was repeated with the 4mm nail. The winner was determined by how much pressure the tire lost before sealing itself. Those that had not sealed after 30 seconds were stopped in the rig and the sealant pooled to stop the airflow.