There are several types of bikes made for specific terrains. This article discusses fixed gear bike and single speed bike and their differences. 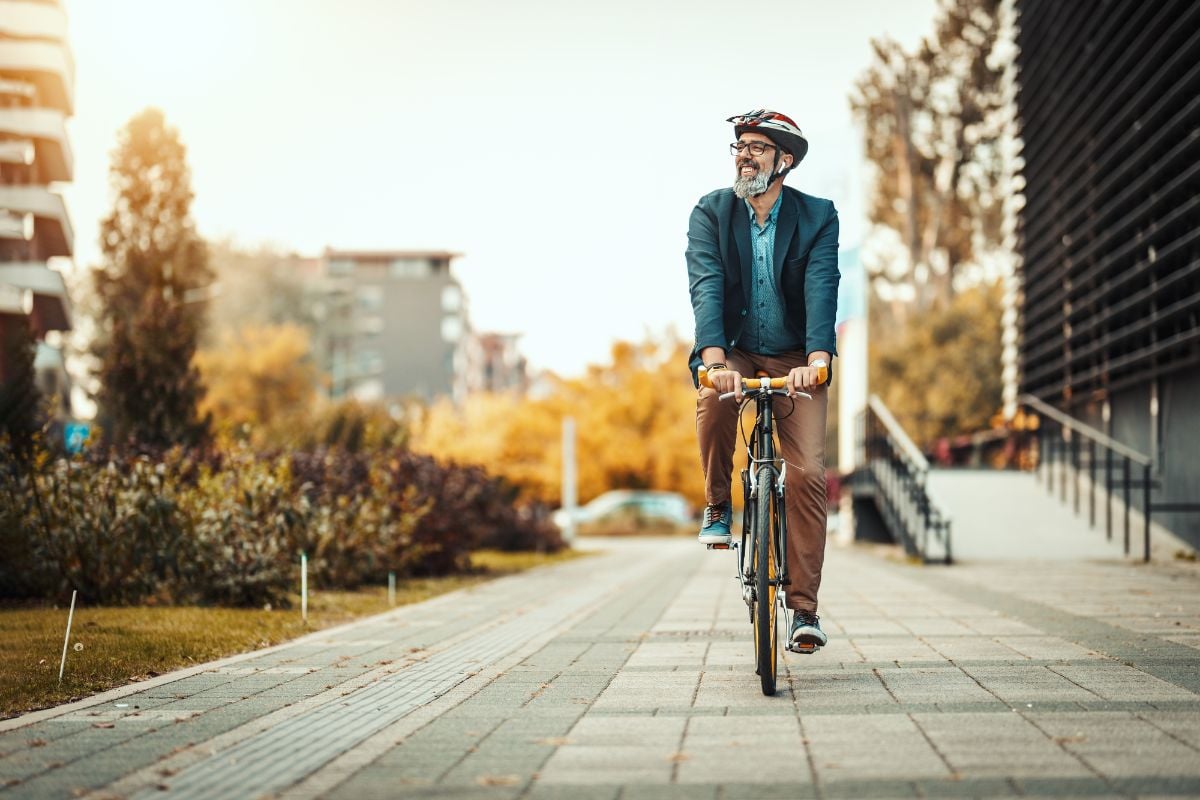 When it comes to bikes, there is no one-size-fits-all. Bikes come in different types, sizes, speeds,.etc. The one you should pick depends on your needs and preferences.

If you’re looking for a bike to commute to work or ride around town, you might want to consider a fixed gear bike or a single-speed bike.

But what’s the difference between these two types of bikes? And which one is best for you? Read further to find out more.

What is a Fixed Gear Bike? 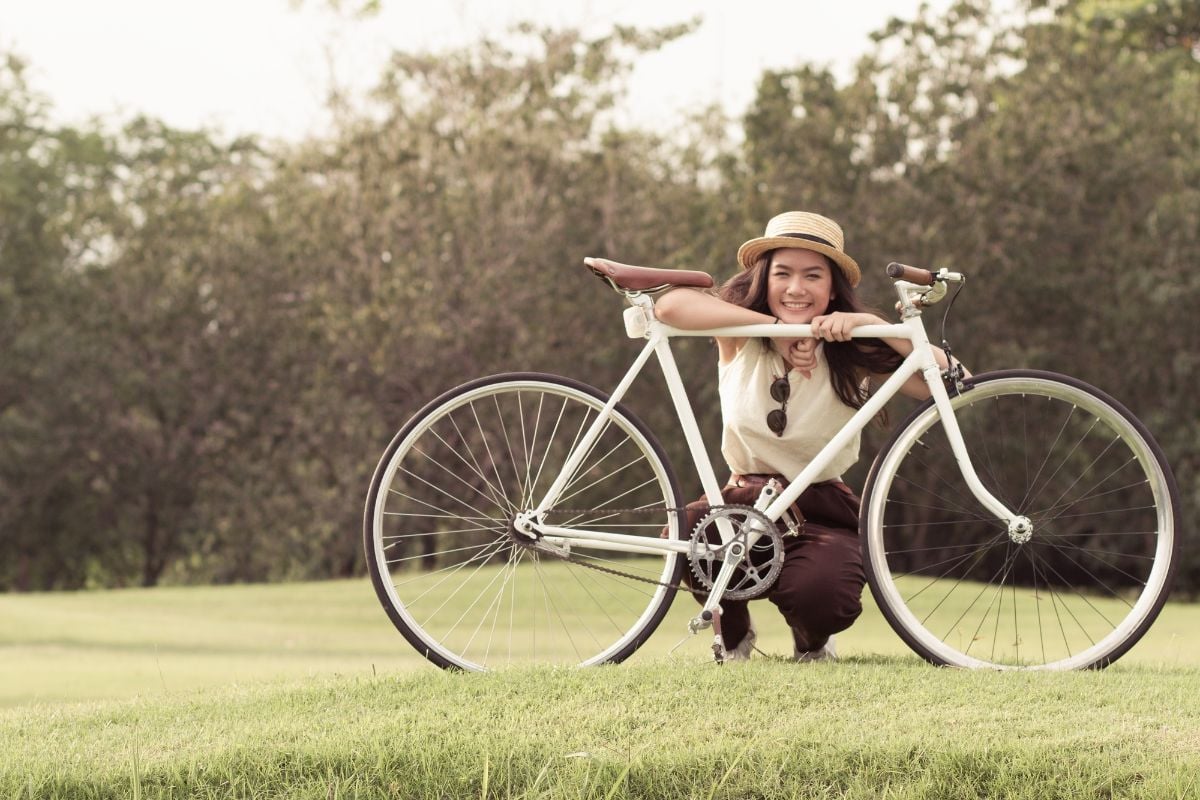 A fixed gear bike is a bicycle that has a drivetrain with no freewheel mechanism. This means that the pedals are always in contact with the rear wheel, and therefore the rider cannot coast.

The gears are also “fixed”, meaning that they cannot be changed. This type of bike is also often called a “fixie”.

What is a Drivetrain?

The drivetrain of a bike is the system that transmits power from the rider to the wheels. It includes pedals, cranks, chains, sprockets, and bearings.

See also  Can a Road Bike Be Converted Into a Mountain Bike? How?

Fixed gear bikes have a very simple drivetrain with few moving parts. This makes them lightweight and low-maintenance.

Flip-flop hubs have two cogs, one on each side of the rear wheel. One cog is fixed (meaning it cannot be changed), while the other is freewheeling (meaning it can be turned without moving the pedals).

This allows the rider to switch between fixed and freewheeling mode without having to remove the rear wheel.

Fixed cogs are permanently attached to the rear wheel and cannot be removed. This means that the bike must have a dedicated chainring for fixed-gear riding.

What are the Benefits of Fixed Gear Bikes? 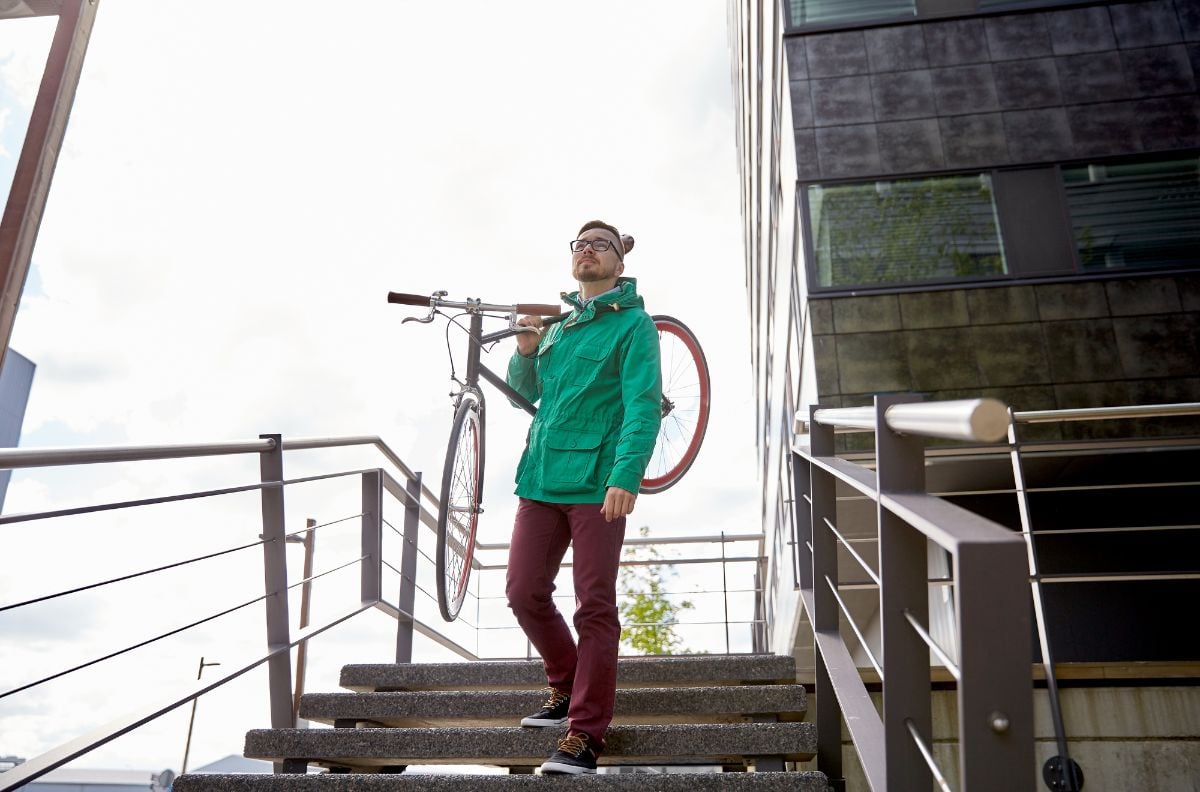 The main benefit of fixed gear bikes is that they are very simple. This makes them lightweight and low-maintenance.

Fixed gear bikes are also great for city riding because they are easy to maneuver in traffic. And if you’re looking for a workout, fixed gear biking can be a great way to get your heart pumping!

What are the Disadvantages of Fixed Gear Bikes?

The main disadvantage of fixed-geared bikes is that they can be difficult to ride if you’re not used to them. This is because you cannot coast on a fixie – the pedals are always in contact with the rear wheel.

This can make hill climbing and long rides challenging, especially if you’re not in good shape. Additionally, these bikes can be dangerous if you’re not paying attention, since you can’t coast to a stop if you need to.

What is a Single Speed Bike? 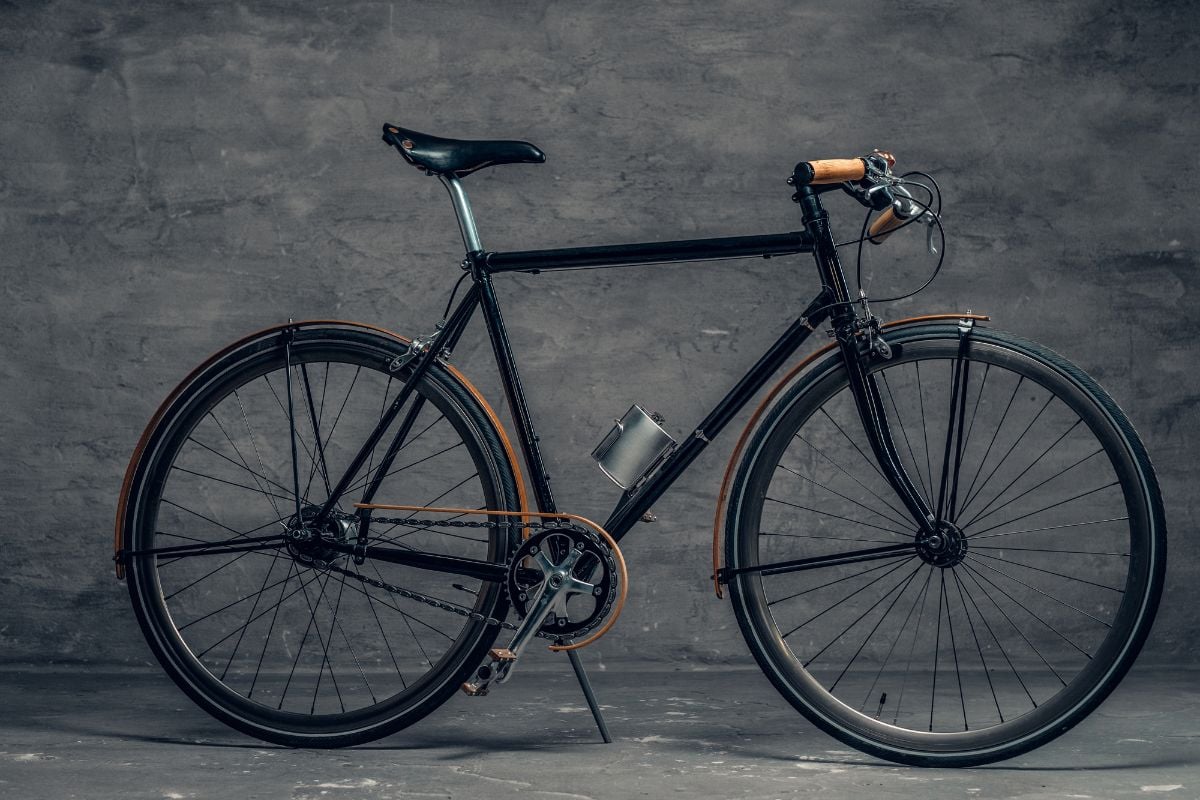 A single-speed bike is a bicycle with only one gear ratio. This means that the rider cannot change gears, and therefore must pedal at a constant speed.

Single-speed bikes are similar to fixed gear bikes, but they have a freewheel mechanism that allows the rider to coast.

What is a One-Gear Ratio?

A one-gear ratio is the simplest type of drivetrain. It has only one sprocket on the front, and one on the rear.

What are the Benefits of Single Speed Bikes?

The main benefit of single-speed bikes is that they are very simple. This makes them lightweight and low-maintenance. Riders who are looking for a workout will also appreciate the constant pedaling of a single-speed bike.

What are the Disadvantages of Single Speed Bikes?

You may not want to use a single-speed bike on hilly terrain since you cannot change gears. This can make pedaling difficult, and you may have to dismount and walk up hills.

How are they different? 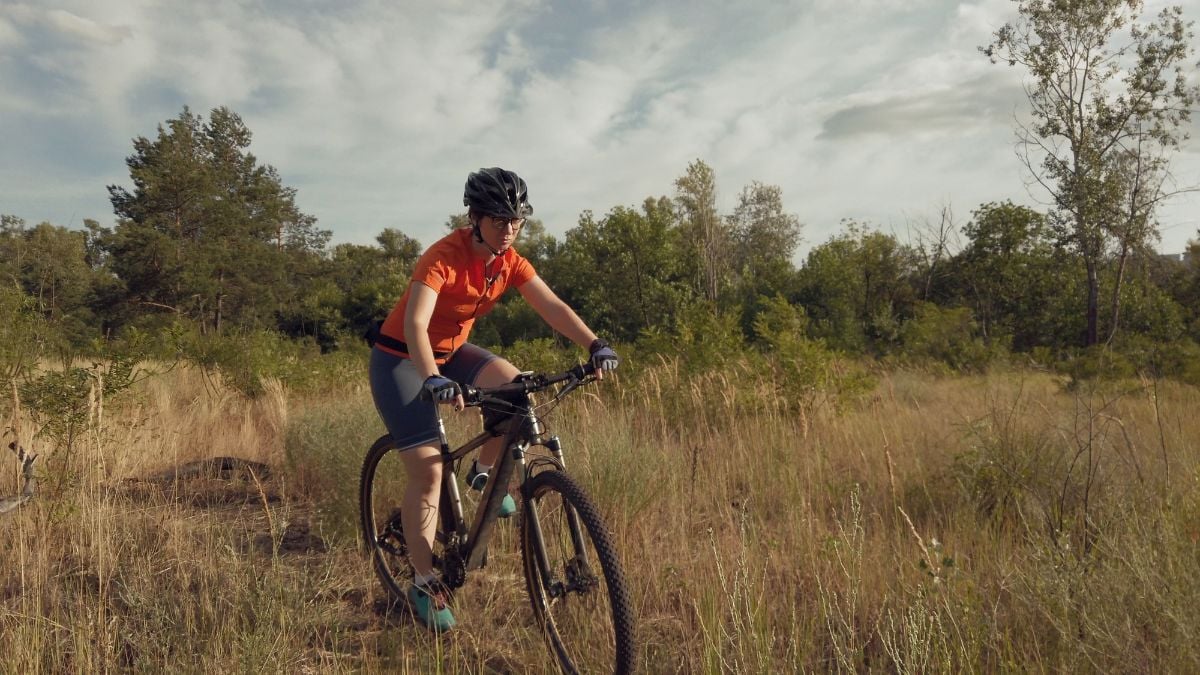 There are several key differences between fixed gear bikes and single speed bikes:

Fixed gear bikes are typically made from steel, which makes them strong and durable.

Single-speed bikes can be made from a variety of materials, including aluminum, steel, and carbon fiber.

Fixed-gear bikes usually have a simpler design than single-speed bikes. They often don’t have brakes, and the pedals are attached directly to the wheel.

Single-speed bikes, on the other hand, typically have brakes and gears. The pedals are also not attached directly to the wheel.

Fixed gear bikes are very durable because they have fewer moving parts than single-speed bikes. These types of bikes often last for years with proper maintenance.

Single-speed bikes are also durable, but they may not last as long as fixed gear bikes because they have more moving parts.

You can increase the durability of these bikes by regularly servicing them and replacing worn parts. Make sure you properly oil the chain and gears to prevent rust and wear.

Fixed-gear bikes are typically less expensive than single-speed bikes because they have a simpler design. Expect to pay at least $200 for a good quality fixed gear bike.

Single-speed bikes can cost anywhere from $200 to $1000, depending on the materials and features.

Brief History of Each

The first fixed gear bike was created in 1869. It was called the “Celerifere” and it was made from wood.

The first single-speed bike was created in 1885. It was called the “safety bicycle” and it had a chain-driven rear wheel. 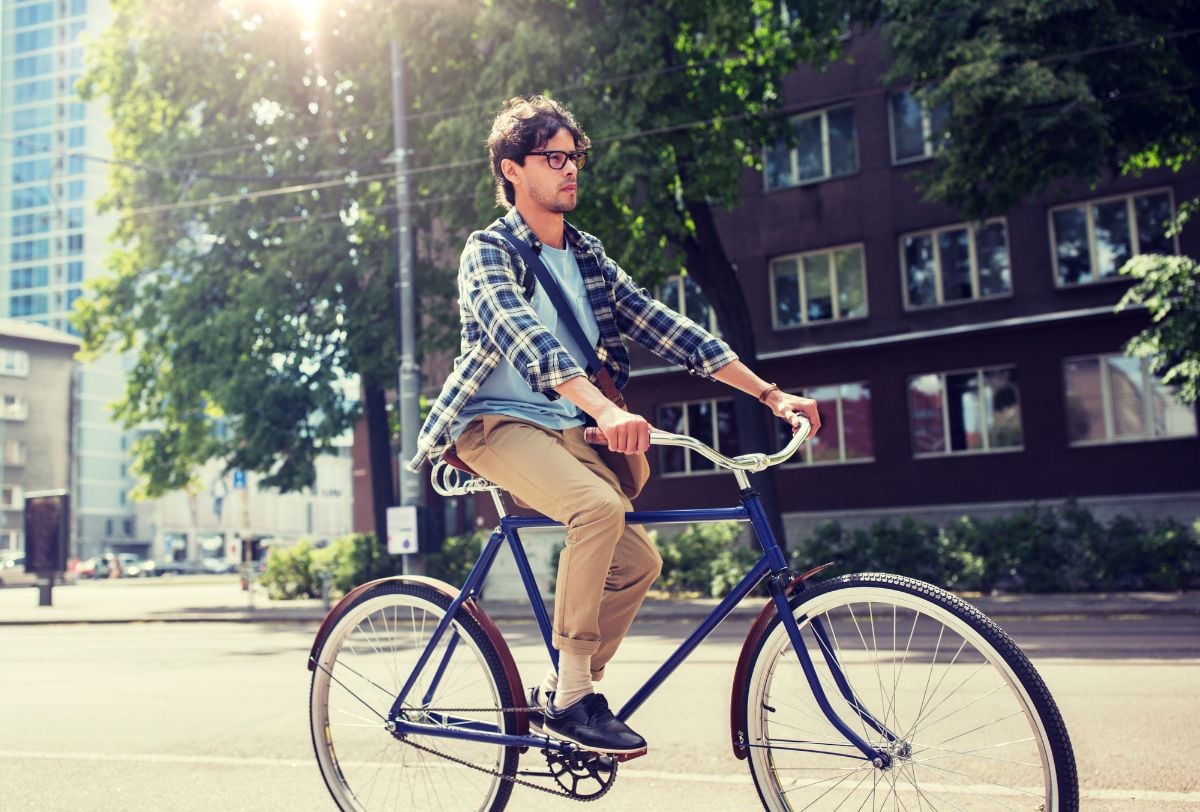 There are a few other things to consider when choosing between a fixed gear bike and a single speed bike.

Fixed gear bikes come in different sizes, so you can find one that’s comfortable for you.

Single-speed bikes only come in one size, so if you’re not the average height, you might want to consider a different option.

Fixed gear bikes are typically lighter than single-speed bikes because they have fewer parts. If weight is a concern for you, a fixed gear bike might be the better option.

Fixed gear bikes have a more minimalist style, while single-speed bikes can be more flashy. Choose the style that best suits your personality. 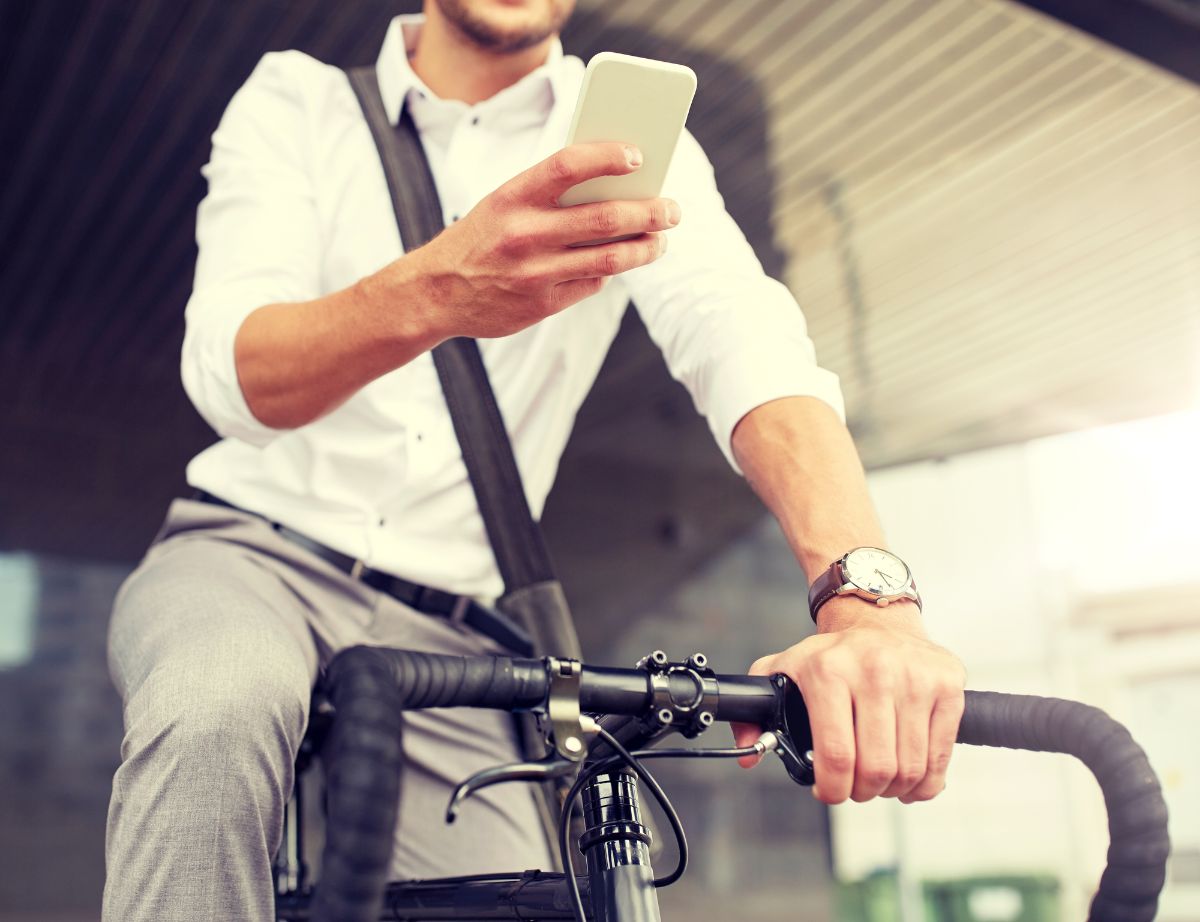 In conclusion, there are several key differences between fixed-geared bikes and single-speed bikes. It’s important to consider these differences when choosing which type of bike is right for you.