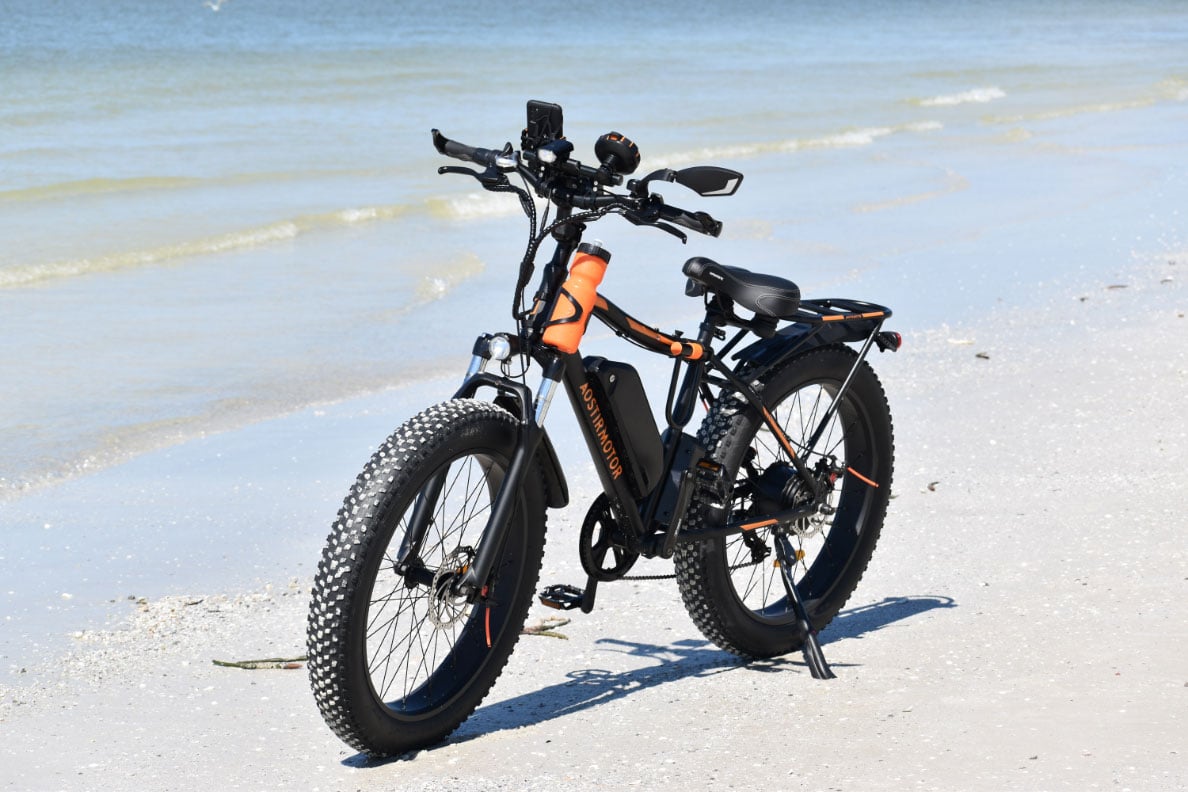 An electric mountain (EMB) bike is a good investment for commuting and hiking. They come with strength, durability, and convenience. Electric mountain bikes have the super ability to climb steep hills and cycle through dirt and rocky paths.

That is why they are such a significant investment in the modern era of commuting—no wonder their sales have skyrocketed even beyond electric car sales. But are these bikes only designed for tough terrain? Can you ride your new electric mountain bike on the road?

You can use an electric mountain bike to commute on the road. Just because these bikes are designed to work better on terrible terrain doesn’t mean they cannot work on the road. On the contrary, an electric bike will ride even better on your comfortable and smooth road – even better than your typical city bikes and scooters. 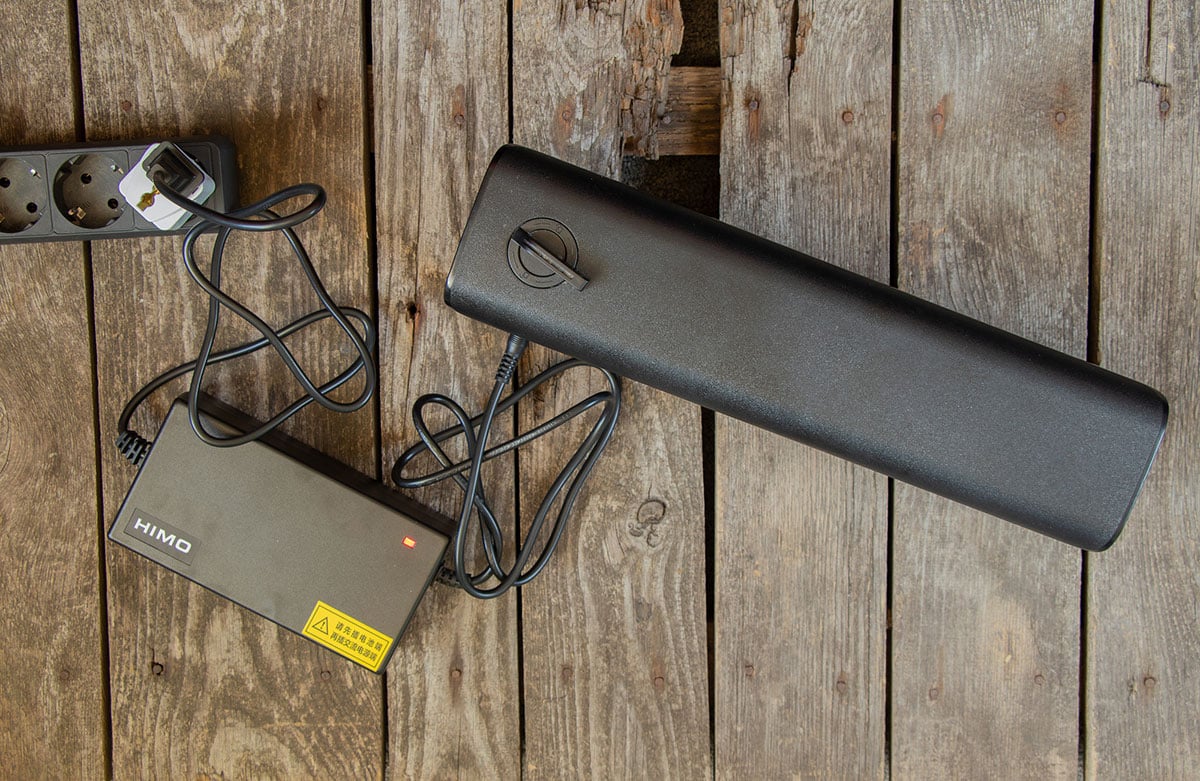 To be on the safe side, especially if you will be commuting long distances, you need to know how long an e-bike’s battery lasts. Fortunately, you don’t have to worry because these batteries can last from 2 to 5 years. However, the longevity of the battery will be determined by:

How Often Should You Charge Your E-Mountain Bike? 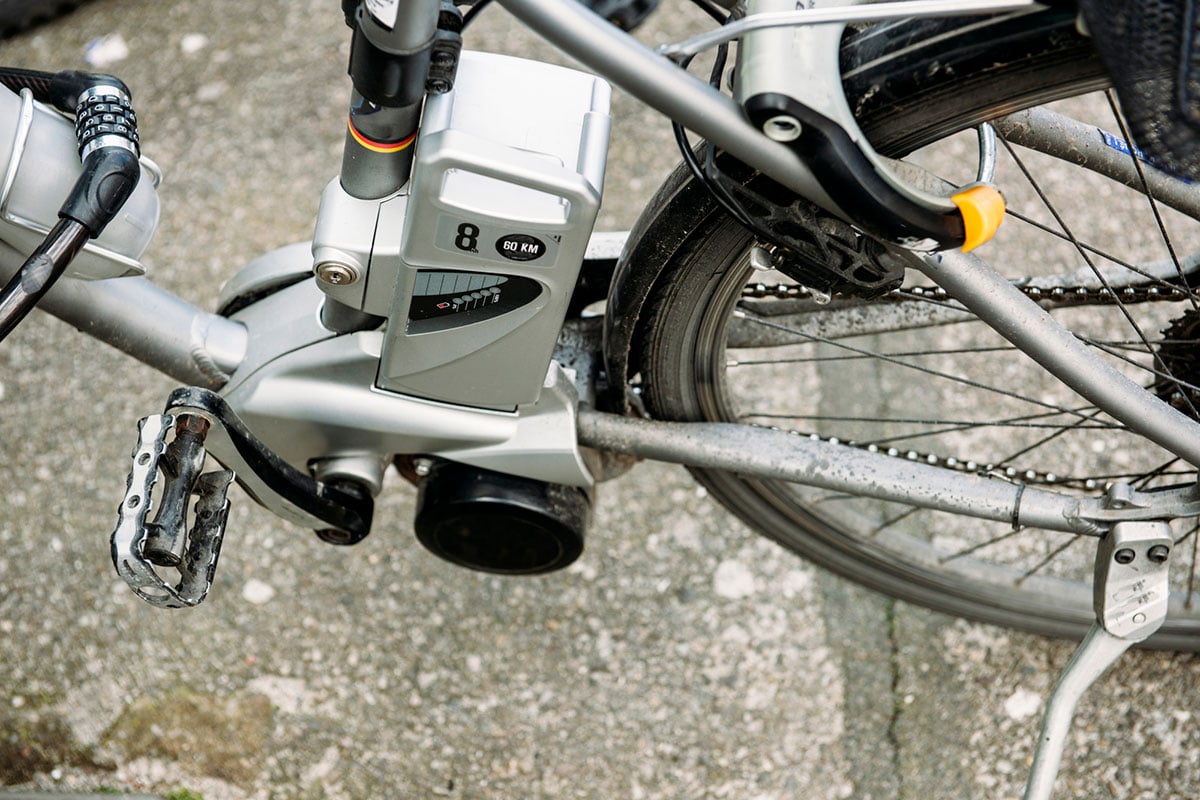 I find that recharging the battery when it has 30-50% charge capacity is most appropriate in ensuring longevity while using it. Also, some people tend to think that not using your battery can make it last longer. This is not true, and I witnessed it on my first electric mountain bike. I rarely used it, and as a result, I did more harm than good to it.

You should always know that all the battery-powered devices are self-discharging, so they will need to be charged whether or not you are using them to keep the battery strong. Charge the e-battery to approximately 50% capacity at least once every six months while your bike sits in the garage without use.

The Benefits of Electric Bikes Over Traditional Bikes

You cannot compare the affordability of electric mountain bikes to cars. Although relatively more expensive than the traditional mountain bikes, they are cheap in the long run and can save you a great deal of gas money – not forgetting the positive impact on the carbon print.

See also  Should I Wash My Mountain Bike When it Gets Muddy?

An average e-bike price can range from $2000 to $5000, owing to the strength and durability it provides.

The good news is that the running costs will be less once you get the e-mountain bike. You will only need to charge your bike, which will eventually cost less. 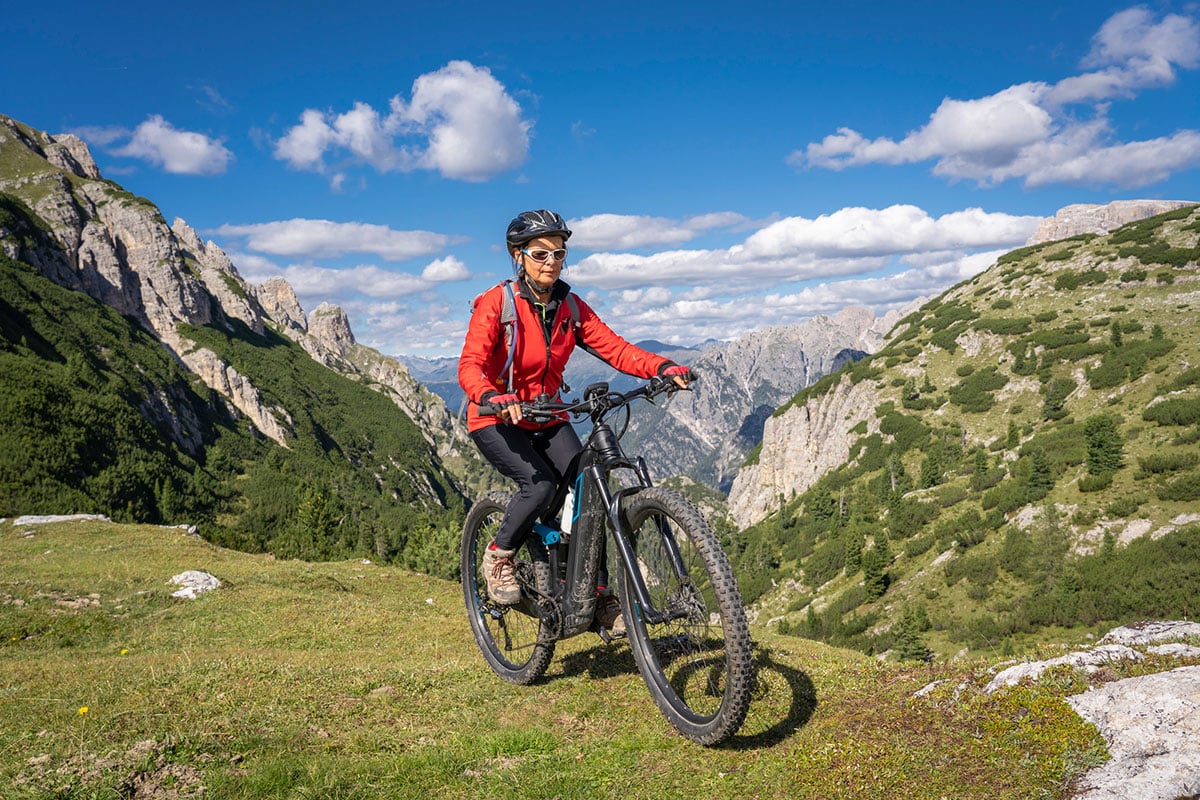 Numerous research studies have proven that cycling can help you burn fat and help keep you in shape. So, instead of using your electric mountain bike for your hikes or fun, you can use them to commute to work.

Some people may think that the electric bike is pedal-assisted and, therefore, it would not help anyone get fitter. Cycling on an electric mountain bike is indeed easier, but that does not mean that you cannot burn calories.

There are different levels of assistance that if you want to put in the effort, you can turn on the bike’s motor to the recommended eco mode. 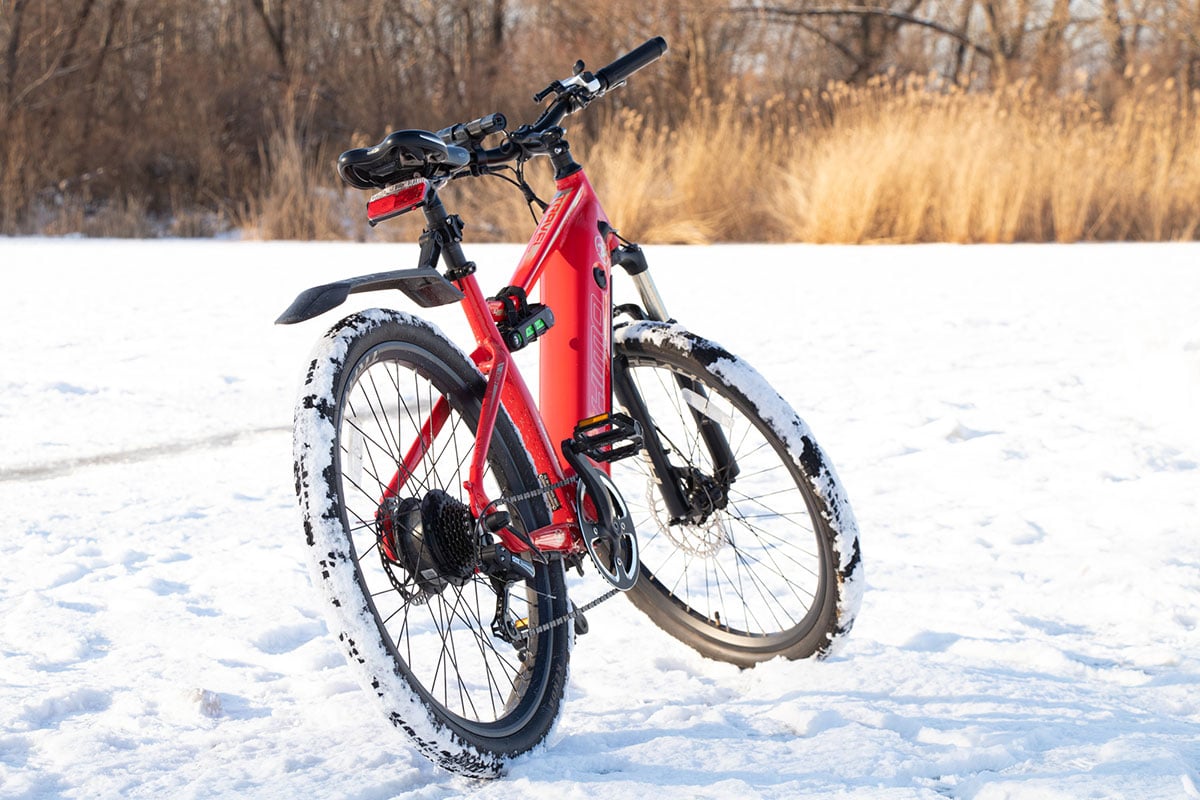 If you have a taste for powerful machines, then an electric mountain bike can be a great deal for you. It is great for commuting to work in a few minutes, especially when you are late. In addition, the bike might help you make smart maneuvers even on busy roads compared to traditional bikes.

Electric mountain bikes can reach 160km/h but don’t often use this speed. Also, having the extra power on your bike doesn’t always mean that it is there for you to use; it means that it is there when you are in dire need of more power – say like when riding through snow or mud.

These electric mountain bikes are also faster if you are not a ‘tour de France’ type of rider. So they can help you get to your destination faster.

But, What are the Cons?

As much as I’m in love with electric motorbikes because they have more advantages compared to the regular bike, they aren’t all rosy. Electric mountain bikes are heavier than your regular commuting bike: heavier motors, bigger batteries, beefier frames, and suspension components.

If you store your bike upstairs at the end of every commute, then having an electric mountain bike is a deal-breaker. Luckily for me, I can store the bikes in my garage.

If you are tired of staying on the road for long hours due to traffic, then you may need to consider an electric mountain bike. They are not only cheaper to use, but they are also faster and easier to ride. However, you may need to dig deeper into your pockets than if you settled for the traditional mountain bike, but it’s a lucrative investment that will save you money in the long term.

See also  Can an Electric Bike Get Wet? Will It Still Work?