A triathlon is a great feat of athletic endurance. It is a race that combines swimming, biking, and running–three disciplines that use different muscle groups. Because of the variety of skills required, many athletes train for years before they attempt a triathlon. 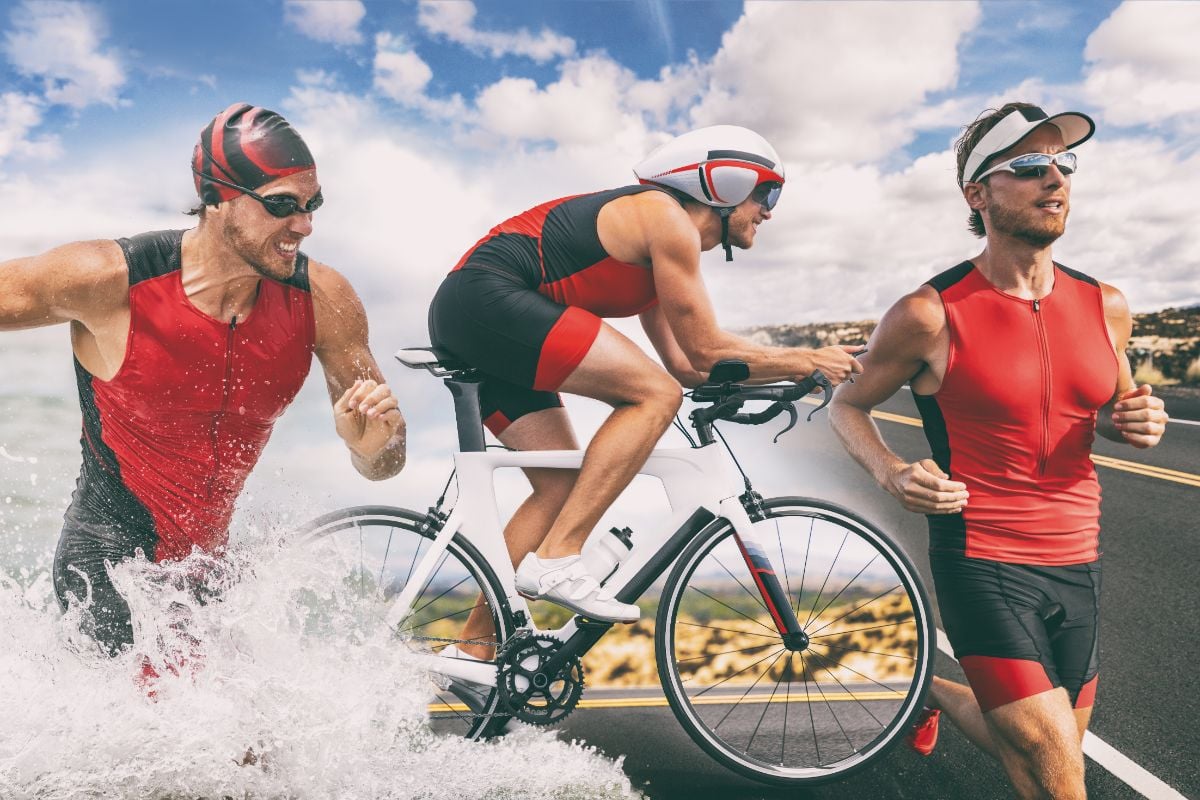 Mountain biking is a great way to get exercise and enjoy the outdoors. It strengthens your legs, increases your cardiovascular endurance, and gives you a full-body workout.

So, can you use a mountain bike for a triathlon?

How To Use A Mountain Bike For a Triathlon? 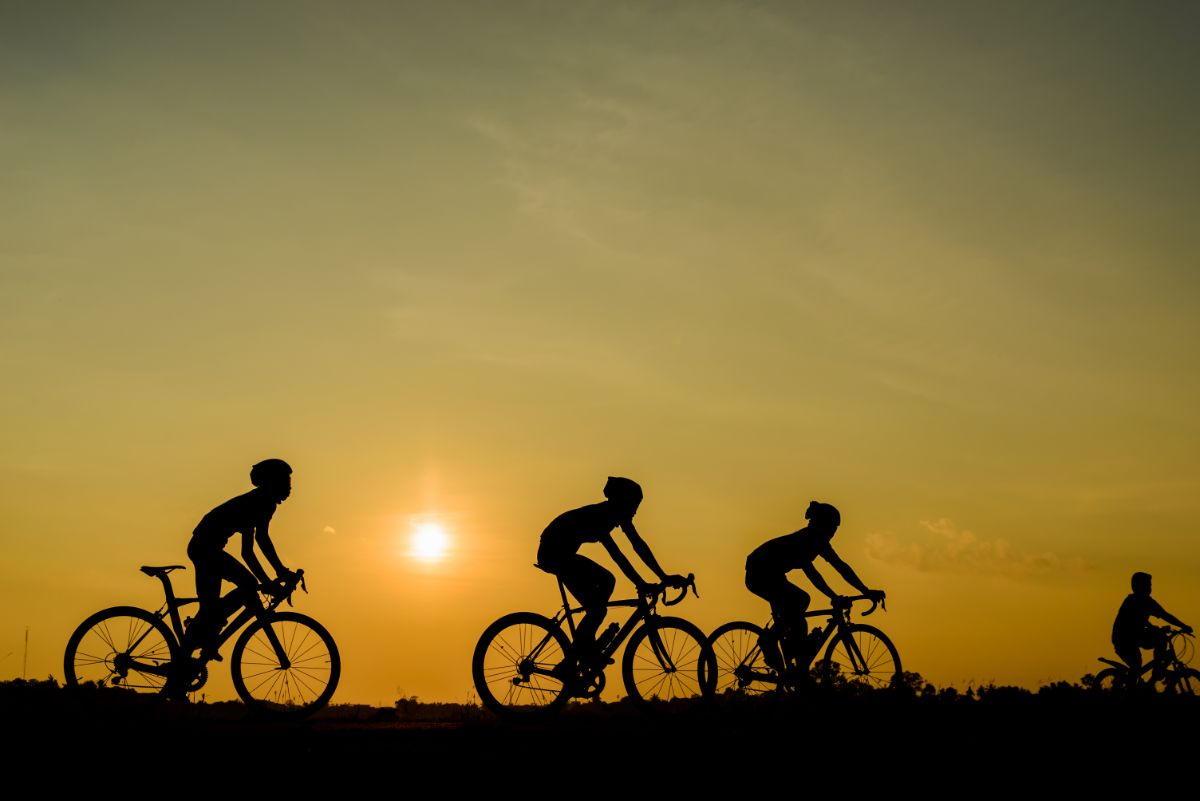 The first thing to consider is the type of terrain you’ll be racing on. If the triathlon course is primarily flat, then a road bike would be a better choice.

However, if the course includes any significant hills or mountain biking trails, then a mountain bike would be a better choice.

Another thing to consider is the type of tires you’ll be using. Mountain bikes typically have wider tires than road bikes, which can make pedaling more difficult on flat surfaces.

If you’re planning on using a mountain bike for a triathlon, it’s important to choose a tire that’s specifically designed for triathlons.

What Tires Are Good For Triathlons?

There are a few different types of tires that are good for triathlons. The first type is a road tire. Road tires are typically narrower than mountain bike tires, which makes them easier to pedal on flat surfaces.

No matter what type of tire you choose, it’s important to make sure that your tires are properly inflated. Under-inflated tires will make pedaling more difficult, and can cause you to lose control of your bike on turns.

Think About Your Bike Gear and Equipment 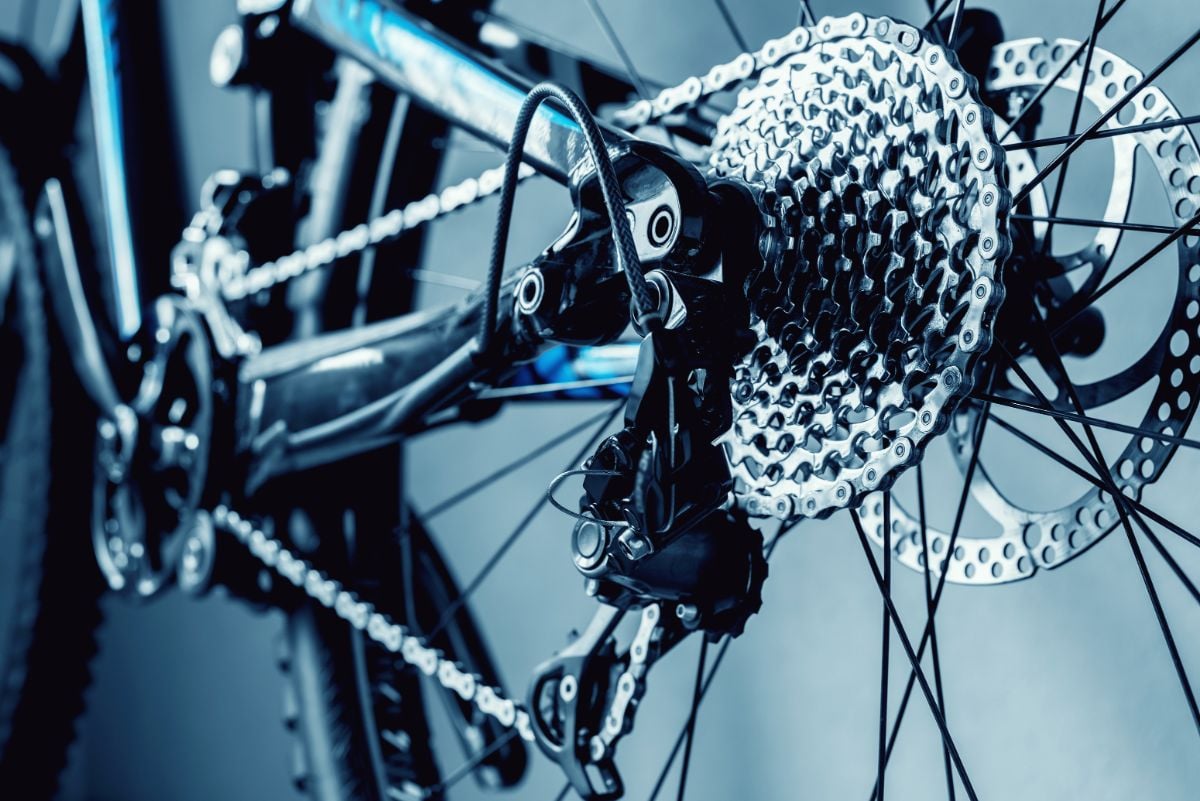 If you’re planning on using a mountain bike for a triathlon, you’ll need to make sure you have the proper gear.

Mountain bikes typically have 21 gears, which can be helpful when climbing hills. However, if you’re primarily racing on flat surfaces, you may not need all 21 gears.

You’ll also need to decide what type of pedals you want to use. Mountain bikes typically come with platform pedals, which are great for beginners. However, if you’re planning on doing a lot of racing, you may want to consider upgrading to clip-in pedals.

Don’t forget to have the right equipment for your cycling component. Make sure you have a helmet, water bottle cage, and appropriate clothing. Additional protective clothes may include shin guards, gloves, and sunglasses.

You’ll also want to make sure your bike is properly tuned and that all the bolts are tightened.

Train For Your Race 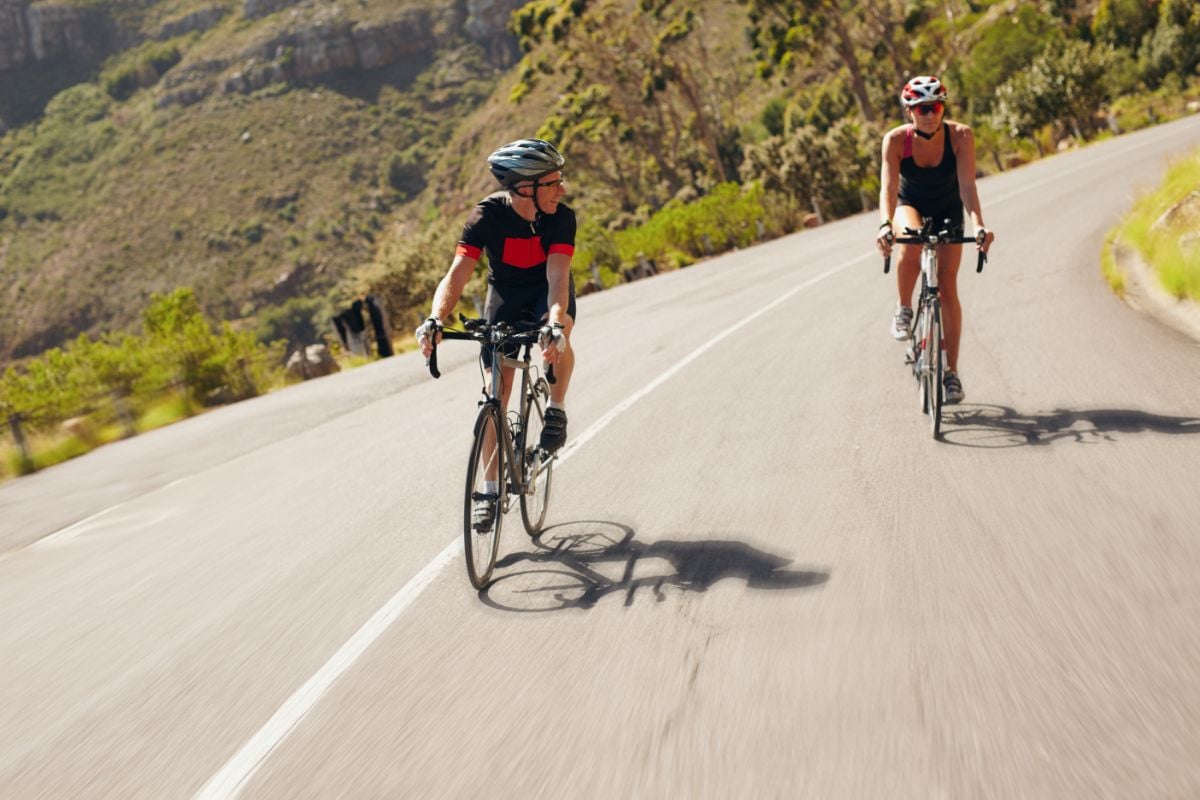 Once you’ve picked out your gear, it’s time to start training for your race. If you’re using a mountain bike for a triathlon, you’ll need to focus on three things: endurance, strength, and speed.

And speed training will help you learn how to go fast when it matters most.

What Is The Best Bike For a Triathlon?

However, if you’re not comfortable riding a mountain bike, then you should consider a road bike.

Try to research the type of terrain you’ll be racing on and choose a bike that’s best suited for that terrain.

See also  How Often Should I Replace the Sealant in Tubeless Mountain Bike Tires?

And cross-training bikes are a great choice for triathlons that include a mix of both.

How Does a Road Bike Differ From a Mountain Bike?

The biggest difference between a road bike and a mountain bike is the tires. Road bikes have narrower tires than mountain bikes, which makes them easier to pedal on flat surfaces.

Another difference between a road bike and a mountain bike is the gears. Mountain bikes typically have lower gears than road bikes, which can be helpful when climbing hills.

What Other Events Are In a Triathlon? 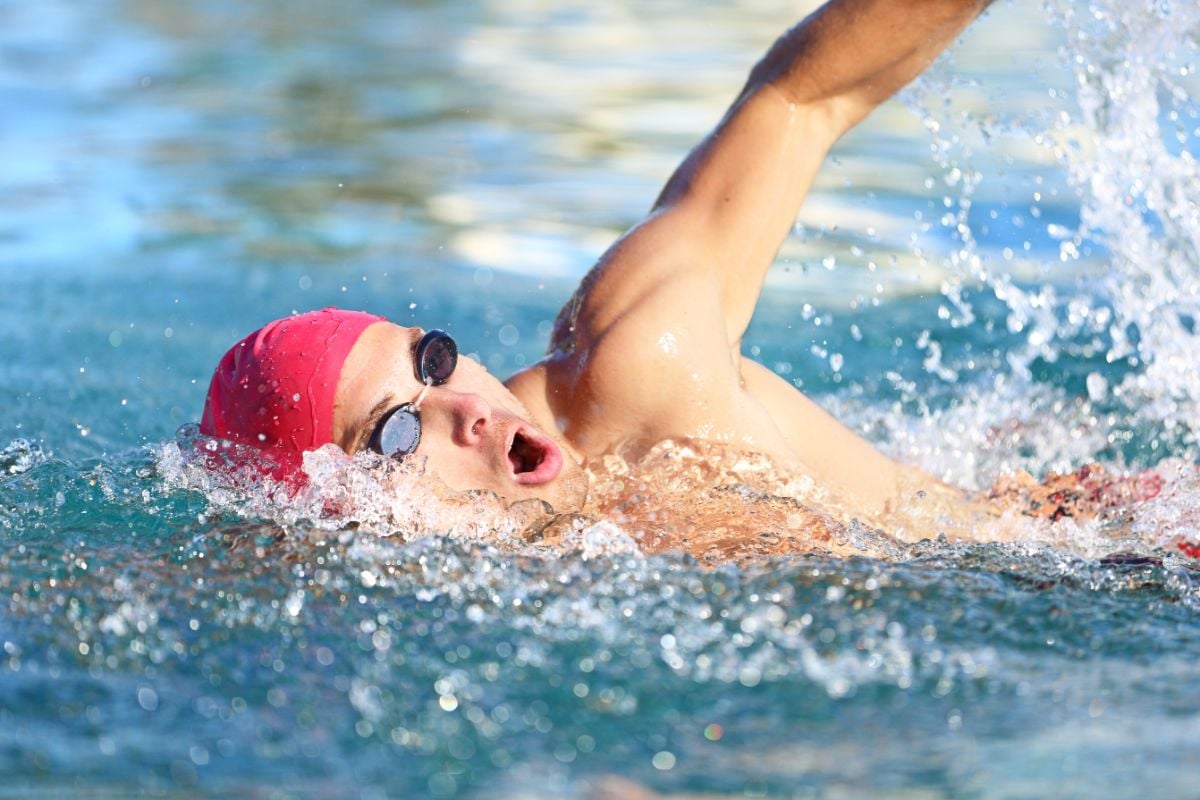 A triathlon typically consists of three events: swimming, biking, and running. However, there are a few other events that can be added to a triathlon, such as kayaking or canoeing.

Swimming is typically the first event in a triathlon. The distance of the swim varies, but is typically either 500 meters or 1 kilometer.

Biking is the second event in a triathlon. The distance of the event is typically either 20 kilometers or 40 kilometers.

Running is the third and final event in a triathlon. The distance of the run is typically either 5 kilometers or 10 kilometers.

What Is the Difference Between a Sprint Triathlon and an Ironman Triathlon? 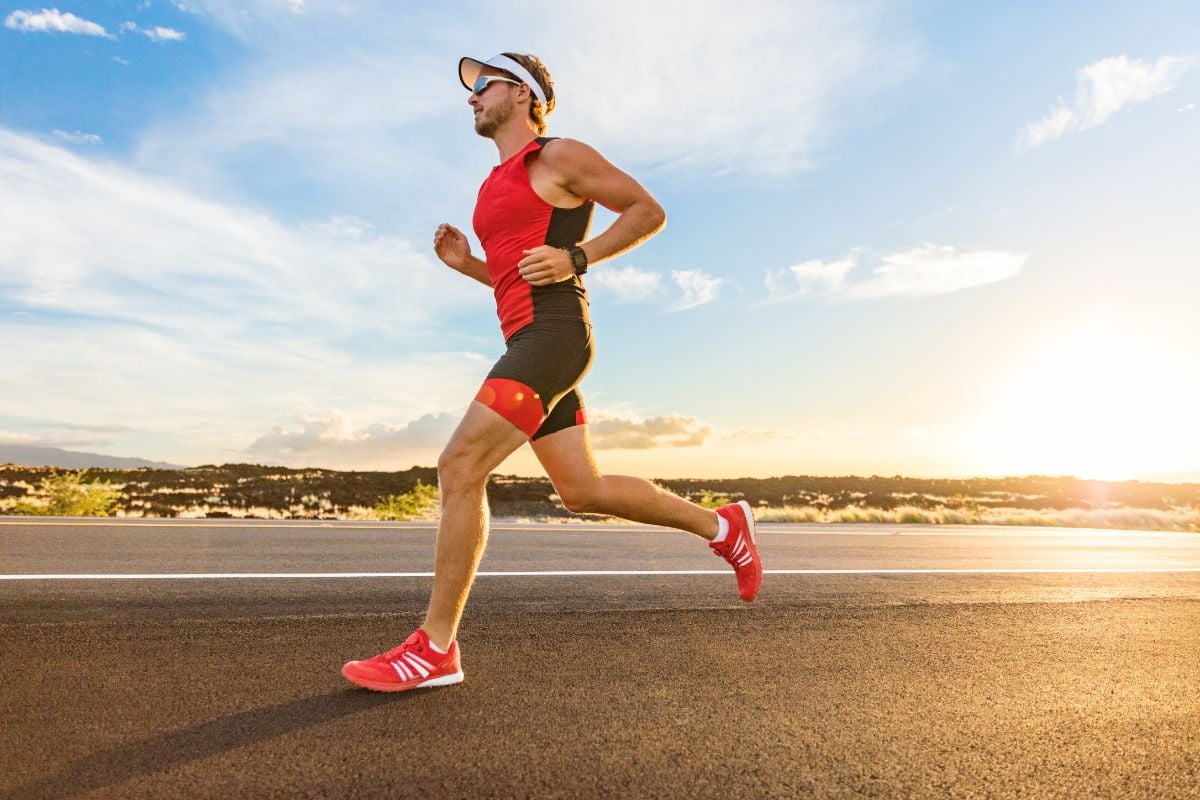 While sprint triathlons are shorter, they can still be challenging. If you’re training for a sprint triathlon, you should focus on building up your endurance so you can swim, bike, and run for long periods.

Final Thoughts On Using a Mountain Bike For a Triathlon

No matter what type of bike you choose, the most important thing is to practice and be prepared for the race. If you are comfortable on your mountain bike, you can use it for a triathlon.

Just be sure to focus on your endurance, strength, and speed so you can power through the race. And don’t forget to join a triathlon training group to stay motivated. Good luck!